ONLY a few perhaps know that a former PBA import had the foresight to keep track of the 1997-98 saga of Michael Jordan and the Chicago Bulls in what later became the blockbuster documentary series The Last Dance.

Andy Thompson, who once suited up for Tanduay in the 1986 Third Conference, was the brains behind the 10-part, sports mini-series co-produced by ESPN Films and Netflix that chronicled the career of Jordan and the final run of the Bulls’ dynasty.

It was in 1997 when Thompson first approached Adam Silver, then head of NBA Entertainment during his pre-commissioner days, and broached the idea.

Thompson was already working with NBA Entertainment back then, or about a decade since calling it a career after suffering a partially torn ACL while playing for the Rhum Masters in the final PBA offering of the 1986 season.

Tanduay was gunning for a grand slam that year, having won the Reinforced Conference and All-Filipino Conference championships earlier in the season.

But the team had the misfortune of starting the two-import Open Conference with four straight losses behind imports Benny Anders and Andre McKoy, forcing management to bring in Thompson as its third reinforcement.

The great Ramon Fernandez, star player of that Tanduay ballclub, remembered Thompson as a decent import whose forte was defense. 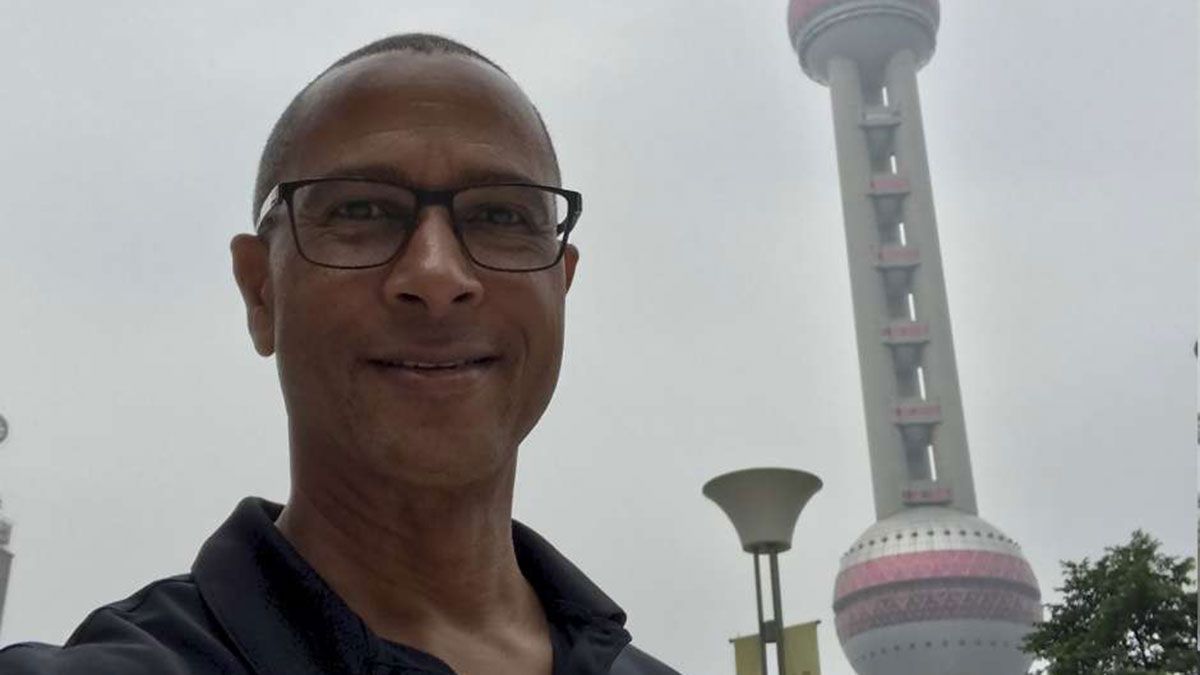 Thompson did excel in defense, which was what he did best in a career that had started at the University of Minnesota where he played with Hall of Famer Kevin McHale and Trent Tucker.

Besides, Tanduay partner Rob Williams took care of business on offense as far as the Rhum Masters were concerned.

“Andy was basically a role player who backed up Rob Williams and Ramon Fernandez. He averaged 20 points and 13 rebounds, but during those days, imports were expected to pile up bigger numbers,” said Philippine Star columnist and PBA game analyst Quinito Henson in trying to remember Thompson’s PBA stint.

Somehow, Thompson found a way to complement the Rhum Masters and help them string up a number of victories to make it all the way to the semis.

But the team faltered in the stretch and failed to make it to the finals. It later lost to Great Taste in the battle for third place.

Thompson managed to play out the rest of the season, 20 games in all, and faced battled-tested imports such as Ginebra’s explosive duo of Michael Hackett and Billy Ray Bates and the Manila Beer tandem of Michael Young and Harold Keeling.

He told Henson that Hackett was "strong as an ox," who was difficult to stop down low, while he remembered the prolific Young – who ended up as the Best Import of the conference – of once scoring 60 points on him while taking a total of 48 shots.

Thompson’s PBA stint also proved to be his basketball farewell.

He suffered a partial ACL tear in his last few games with Tanduay and played through it with the help of a brace given to him by former Alaska and Toyota import Donnie Ray Koonce, according to Henson.

Upon his return to the US, Thompson knew his knee didn’t feel right and decided that was it, never ever to play professional ball again.

In late December of 1986 while visiting his sister in New York, his friend casually mentioned a job opening at NBA Entertainment. He interviewed for the post and was accepted as production assistant three months later.

“He was a genuinely nice guy, humble, friendly, and helpful,” said Henson of the former PBA import, whom he often met during coverages of the NBA Finals and the All-Stars.

“He always lent a helping hand whenever we needed production assistance during our coverage,” added the veteran broadcaster.

Thompson last visited Manila in 2013 to document the first-ever NBA pre-season game in the country pitting the Indiana Pacers and the Houston Rockets.

By that time, he was already NBA Entertainment vice-president. Around that time as well, the complete, unedited footage for ‘The Last Dance,’ had been locked in a vault somewhere at his office.

Fifteen years earlier, Thompson anticipated history was about to unfold that he suggested to Silver just before the 97-98 season on the need to embed a crew around Jordan and the Bulls.

“We need to find a way to capture this team in its glory,” Silver remembered Thompson telling him in a story published in NBA.com.

“And you’re not just doing this with a run of the mill NBA team. You’re doing this with the greatest player in the history of the game in Michael Jordan, who was protective of his image and his privacy.”

With the runaway success of The Last Dance, everybody seems to agree with what this former PBA import had envisioned nearly a quarter-century ago.