IT’S been more than a decade since former Ginebra player Rob Johnson played his last game in the PBA.

Yet, it didn't come as a surprise for him that former teammates Mark Caguioa and JayJay Helterbrand are still very much around and, in fact, chasing a championship for the Kings in the PBA Philippine Cup Finals against the San Miguel Beermen.

He is awed with the way Caguioa, 37, still plays the game, so much so that Johnson said he won’t be amazed if the one-time league MVP plays another 10 years with the popular franchise.

‘I’m not surprised at all,” said a grinning Johnson when asked about Caguioa, who entered the league two years ahead of him as Ginebra's top pick - and third overall - in the 2001 PBA rookie draft.

Johnson was picked by the Kings in the 2003 draft.

Now retired at 37 and based in Omaha, Nebraska, Johnson came over to the country as he and Filipina wife Samantha celebrated their 10th anniversary. SPIN.ph caught up with the Johnsons and their circle of friends at the Seawind Resort on Boracay a week ago.

The six-foot Fil-Am guard only lasted two seasons in the league, spending time with Ginebra and Alaska, where he played a total of 55 games and averaged 2.8 points and 2.2 rebounds.

And it’s the reason why he admires the likes of Caguioa, Helterbrand, and the other players who managed to stay on and continue to play given the competitiveness of the league. 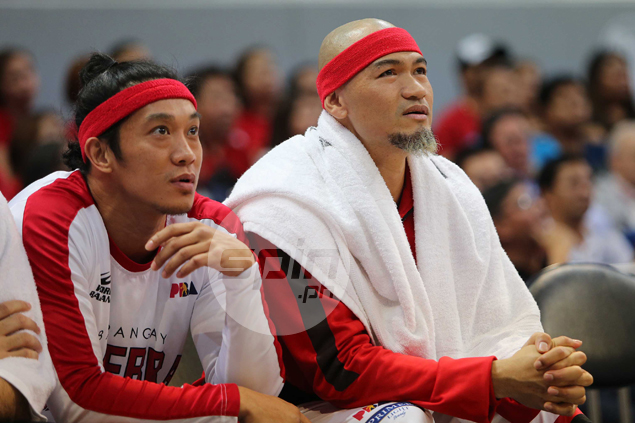 Johnson is currently affiliated with ABIDE, an Omaha faith-based, non-profit organization where he acts as director of its Better Together basketball program.

From time to time, he still gets in touch with close PBA friends such as Jimmy Alapag, Carey, Kelly Williams, former national player Noy Castillo, and of course, Alaska coach Alex Compton, who was actually his best man during his wedding.

“It’s unfortunate he couldn’t make it, but we hang around just before we came over (to Boracay),” said Johnson of Compton, who was busy running the NBTC high school All-Star game tryouts.

Johnson also keeps up with what’s happening in the league, just like the best-of-seven series between the Kings and Beermen for the all-Filipino crown.

He’s aware the Kings are the underdog against the three-peat seeking Beermen, whose powerhouse roster is bannered by three-time MVP June Mar Fajardo - a player who Johnson believes is too much for Ginebra to handle with injured seven-foot center Greg Slaughter not around.

“(Slaughter) would have made a big difference,” he pointed out. “At least he can bang with June Mar.”

Johnson said Ginebra big man Japeth Aguilar couldn’t do the job of bodying up on the 6-foot-1-0 Fajardo.

“They don’t really have like a Dorian Pena or a Mick Pennisi before, or even Asi,” he said. “At least Kelly (Williams) is strong and athletic, so he can bang with June Mar.”

The Johnsons already left for the US this week, but the former PBA player said he won't be surprised to hear if this San Miguel-Ginebra title series goes the distance.

“I wouldn’t be surprised if it goes to Game Seven,” he said. 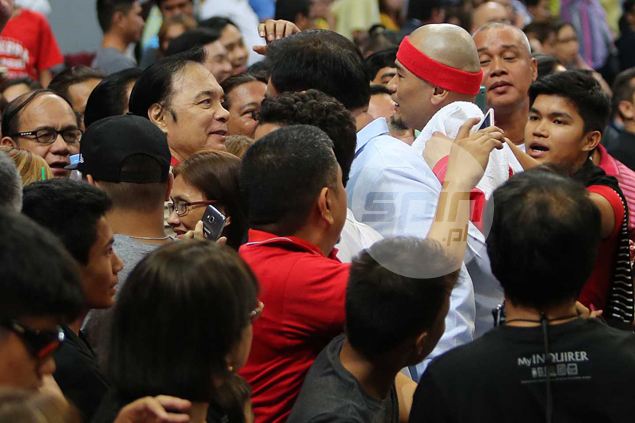