FORMER Ginebra player Peter Aguilar is back in the country for good and he’s got one urgent reason for doing so.

Before everything becomes too late, the now retired cager said it would be better to come back home and personally see his son Japeth Aguilar play out his blossoming career with no less than the same franchise where he started playing as a pro.

The native of Pampanga returned to the Philippines before the start of the PBA 41st season after a 14-year stay in Chicago where the family is based.

Except for the Kings’ out-of-the-country outing in Dubai against Alaska, Peter has not missed any of Japeth’s games.

He was also there when the 6-foot-9 Aguilar had his first practice back with Gilas Pilipinas as part of its 17-man training pool under coach Tab Baldwin.

Although the young Aguilar has been going great guns under new Ginebra coach Tim Cone, his father says there’s still a lot of improvement needed in his game.

One thing going for the former top draft pick (2009) though, is his height and athleticism.

Peter played for five seasons in the league from 1989 to 1993 and spent time playing for Anejo (Ginebra now), Alaska, Seven-Up, Sta. Lucia, and Shell. He suited up in 135 games and averaged 4.2 points.

After being apart from his family for a long time, Peter said he’s more than happy to be back and be reunited with them. 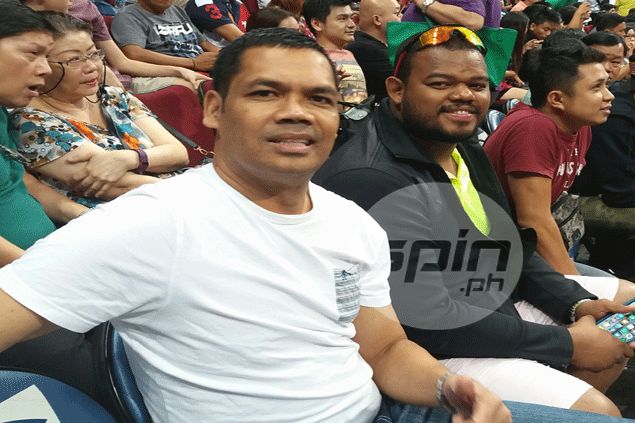