But does anyone know who was the Ginebra’s franchise’s first-ever muse when it joined the PBA 40 years ago?

When the league’s fifth season opened on April 1, 1979, Gilbey’s Gin paraded the Bb. Young-Pilipinas, or Miss Young Philippines of the year before, by the name of Mary Anne Rose Thompson Blas. She was barely 18 back then and fresh from Iloilo City. 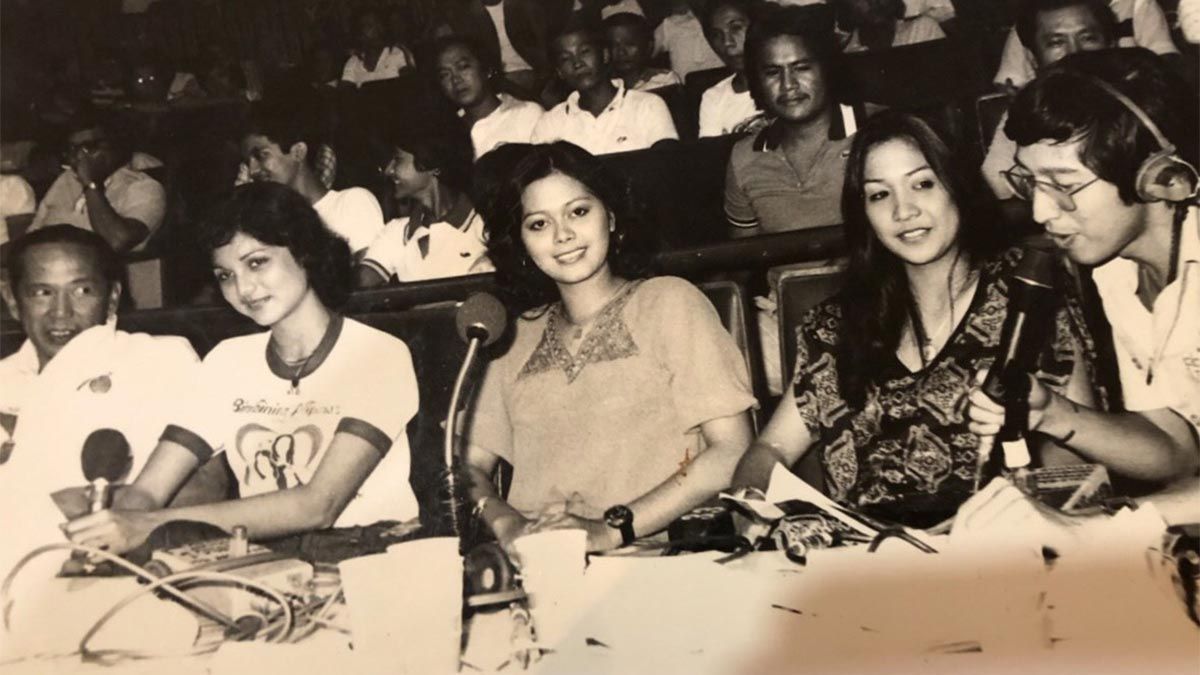 “I was actually an endorser of Crispa before I became Gilbey’s Gin muse. And when we won our Bb. Pilipinas titles back then, we would get invited to watch the PBA games, sometimes even more often than we should,” she revealed in an interview with this writer last Monday.

Her entourage, which also included Bb. Pilipinas-Universe Jennifer Cortez, Bb. Pilipinas-International Luz Policarpio and Bb. Maya-Pilipinas Ligaya Pascual, were a common sight during the games and were even often guests of the television panel during the coverages. 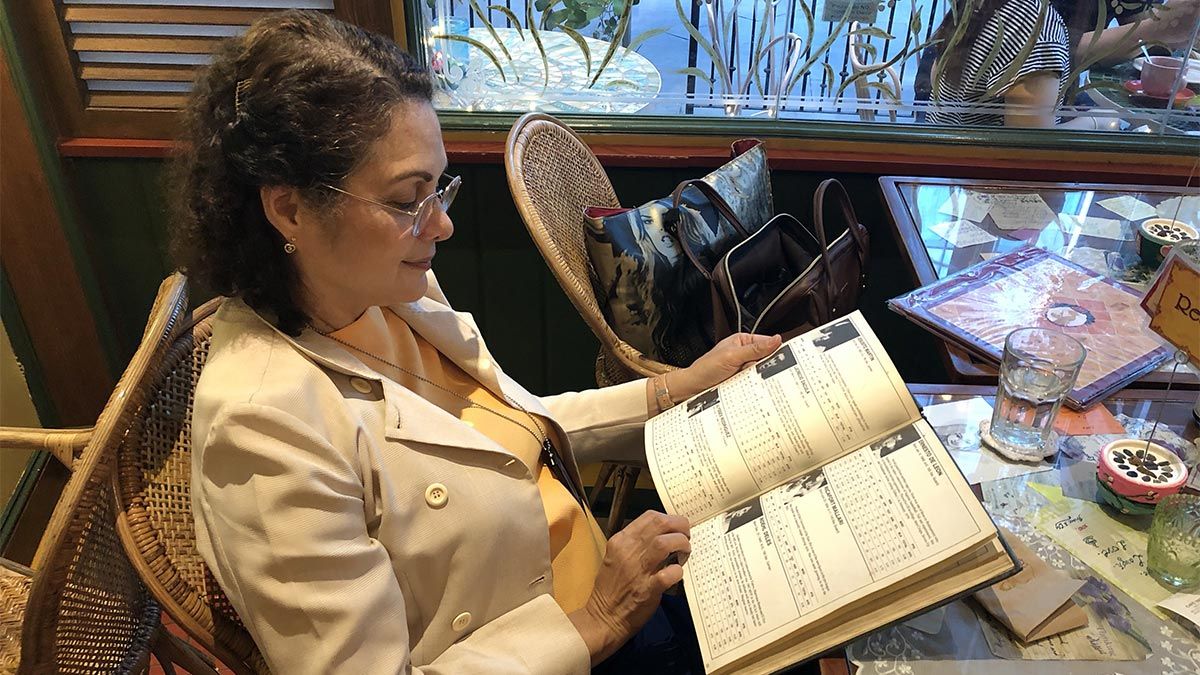 With a lot of time spent together in the sidelines, it was not unusual for PBA players and team executives to become friends with beauty queens. Policarpio was actually linked to a Crispa player and MVP winner that time while Pascual ended up marrying Abe King, then with Toyota.

So which players were flirting with Blas back then?

“Naku, marami sila. Pero barkada lang talaga. I was still very young then so we usually went out as a group and the other beauty queens were really looking out for me.”

They also often went to Kamayan after the games and eat to their hearts' content, unmindful of the figures they had to maintain.

Her fondest memory of the PBA back then however was when she became part of a 7-minute 2-on-2 exhibition basketball game played at halftime of a sponsored four-game, four-day Battle of Superstars series held in the cities of Iloilo, Davao and Cebu before winding up at the Araneta Coliseum. It was an event similar to the PBA All-Star Week series of recent years.

“They thought of the idea probably because we were always there during the PBA games and siguro naisip nila paglaruin kaya natin mga 'to,” Blas reminisces of that halftime event which awarded P10,000 to the winning pair and P5,000 to the loser, a lot of money back in the day. 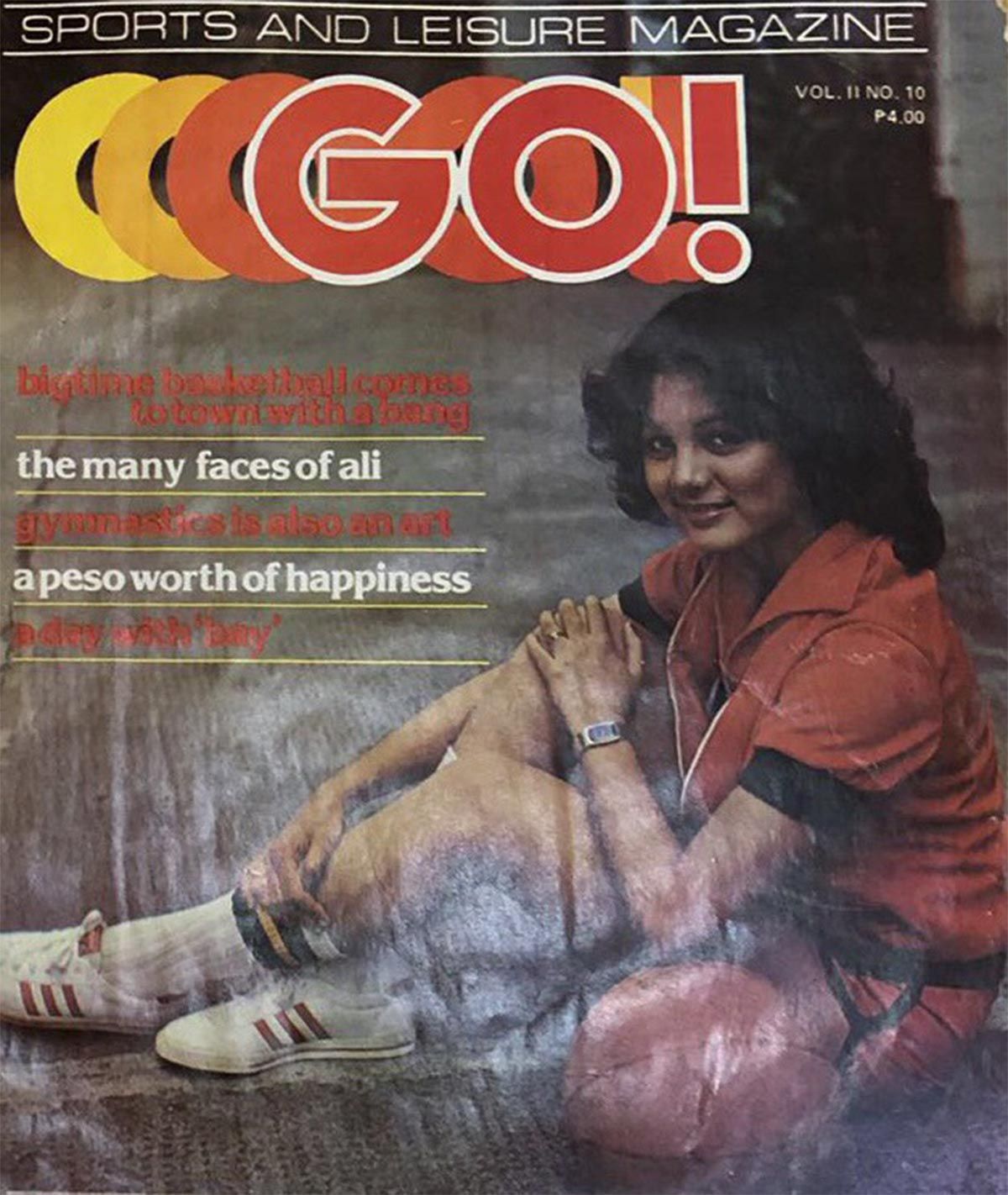 Blas was paired with Policarpio while Cortez’s partner was the reigning Mutya ng Pilipinas back then, Peachy Veneracion, a former varsity player of the University of the Philippines.

“Murder,” Blas describes how her team fared in the 2-on-2 series as she and Policarpio, even though coached by Co, lost all four games to their opponents, largely because of Veneracion’s experience, 20-6, 10-2, 10-6 & 10-2. “Masyadong magaling si Peachy.”

Like most former beauty queens, Blas eventually entered showbiz and did commercial and print modelling, and even joined a teleserye, something she still does from time to time these days.

But the PBA and eventually showbiz had to take a backseat when it was time for her to take care of her two sons, Christopher and Mike.

Blas never got married though to the fathers of her two sons. Christopher, 37, is the founder of Athlete’s Edge gym facility that trains elite athletes in Alabang while Mike, 29, is a CCF pastor in Pasig City.

When asked why she never married, her answer was: “Long term eh!”

And while she became a mother early, she still found time to finish counselling and psychotherapy courses at the Alliance Graduate School in Quezon City.

Now 58, Blas is currently a mental health consultant and life coach along with AGS colleagues in a company called PowervisionEAP Inc. (the EAP stands for Employee Assistance Program).

“There are a lot of people experiencing mental stress in their line of work (where) mental health is on the line. So they need people to talk to and we’re there as a third party provider taken by companies to counsel the employees,” she says of her current mental health advocacy.

"Did you know the Philippines is now among the countries in the world with the highest rates of depression and suicide cases? A person goes through developmental stages in his or her life and dysfunctional disturbances can cause imbalance,” Blas explains. 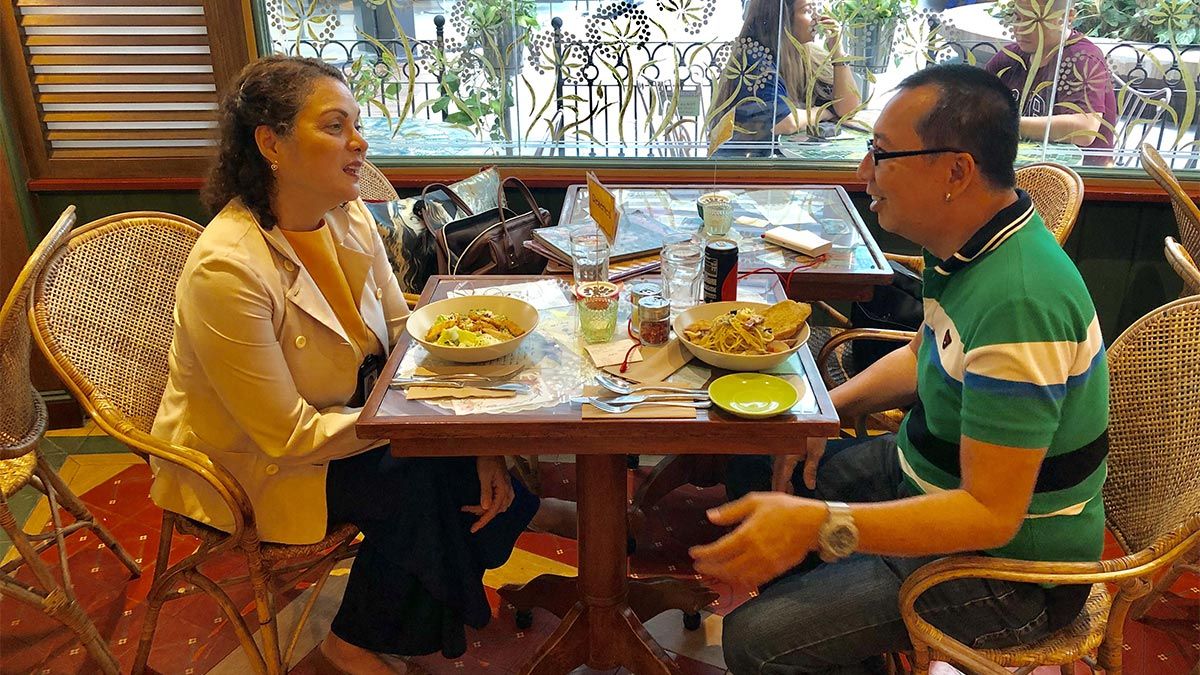 When Barangay Ginebra plays NorthPort this Wednesday in the final gameday of the 2019 Philippine Cup eliminations, exactly 40 years to the day the franchise played its very first game in the PBA, Blas, a second cousin of former San Miguel Beer player Yves Dignadice, is set to watch from ringside on the invitation of this writer.

Blas said she’ll be glad to come, although she’ll arrive late as she’ll be coming from work.

“Going back to the Araneta Coliseum is sure going to bring back nostalgic memories. Grabe ang tagal na pala ng buhay ko na yon," she says. "But it’s nice to reminisce about those times."