THE list of candidates for the commissionership of the PBA has narrowed down to its final six following the announcement on Thursday night of the names being considered to take over the post to be vacated by lawyer Chito Salud by the end of the season.

So how was the list pruned down to its final six?

An initial 20 candidates were considered for the job that was later reduced to 18 following the withdrawal of multi-titlerd coach Ryan Gregorio and former PBA board of governor JB Baylon. The names of the other candidates are being withheld on the request of the PBA.

As it turned out, most of the candidates, whom the league would rather not name, failed to meet the strict criteria implemented by the head-hunting team led by Rey Casilao, especially on the aspect of time commitment.

Spin.ph now gives you a brief background on the remaining six candidates and what qualify them for the job. 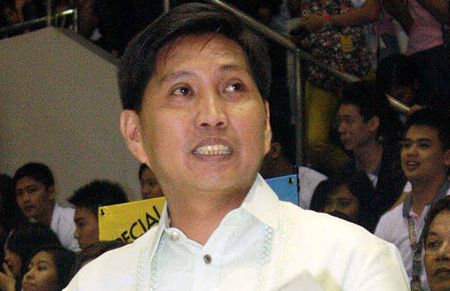 Dr. Ernesto Jay Adalem – probably the most well-off in the list. The owner of St. Claire College of Caloocan, he is currently the president of the National Athletic Schools Colleges and Universities (Naascu), one of the progressive collegiate leagues in the country with 13 members. Adalem, in fact, is willing to settle to a token salary if ever he is appointed commissioner, stressing he only wants to help and become part of Asia’s first ever play-for-pay league. “He has a genuine love for sports and for basketball in particular. He loves the position offered,” the source quoted Casilao as saying during Adalem’s presentation before the league board last Tuesday.

Atty Charlie Cuna – a young lawyer and sportscaster who has deep knowledge in both the corporate set-up and the technical aspect of league. He is said to be supported by some PBA insiders who feel he can be a ‘breath of fresh air' to the league, making him the darkhorse for the job. Cuna’s name has cropped up time and again since Salud announced his resignation from the post last February. 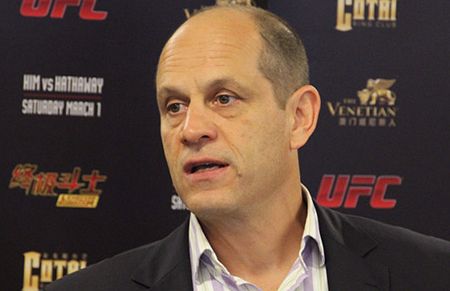 Mark Fischer – has the most impressive credentials among the candidates as he is credited for the marketing growth of the NBA in China, where he used to work as the league’s marketing director. Spin.ph sources disclosed Fisher is even qualified for the league’s CEO post once Salud decides to give up the position in two years. “Very competent daw si Fischer to eventually move up as the PBA’s CEO in the near future because of his vast knowledge not just in running the affairs of a league but in marketing it,” said the source, who was privy to the description of the head hunters on Fischer. “Fischer was able to grow the NBA business in China, from nothing to something. Tinitignan rin niya, una kung paano mapapatakbo ng mas maayos ang liga toward bringing it to something bigger,” the source added. The American sports official is currently based in Singapore where he serves as consultant for Ultimate Fighting Championships (UFC) Asia.

Vince Hizon – the former PBA star has made an impressive transition from player to a league organizer. The ex-Ginebra stalwart is currently the commissioner of the fledgling regional league FBA (Filsports Basketball Association) and once was the star of the MBA (Metropolitan Basketball Association) during its formative years. Head hunters were left impressed by his clean image and credibility, sources said.

Danny Seigle – The presence of the Talk ‘N Text forward's name on n the list surprised a lot of people when league chairman Patrick Gregorio made the announcement. But Seigle is already contemplating retirement and weighing options that await him at the end of his playing career. “He is the youngest among the candidates but he is willing to take the challenge as he is about to retire soon,” said the source. “Of course, Seigle’s long experience and his willingness to commit full time to the job made him part of the last choices.”

Rickie Santos – the current PBA operations head and former sportswriter no doubt knows the ins and outs of the league more than anyone else. He has been a part of the league’s technical team since he was recruited by the late commissioner Jun Bernardino to head the league's media bureau and has since moved up in rank. Spin.ph learned Santos was initially reluctant to become part of the final six candidates. “Medyo kinausap pa 'yan si Rickie kung okay siya na masama. Kasi initially lima na lang 'yan (na candidates) dahil adamant siya na huwag nang sumali sa mga pagpipilian. Isa kasi siya sa pinaka-qualified,” said the source. “So when he was announced with the other five, malamang tinanggap na rin ni Rickie yung nomination,” added the source, who said Santos is actually torn between a career step and looking after his growing family.

Meanwhile, Spin.ph sources also bared some members of the board had apprehension on the supposed affiliations of Hizon with San Miguel Corporation, being a former Ginebra player, and Seigle and Cuna’s connection with teams owned by sportsman-businessman Manny V. Pangilinan.

But the head hunters were eventually able to ease the anxiety of the team officials by saying, “We cannot look at each applicants’ affiliations. We have to focus on their qualifications. Kasi if we look at their affiliations, mahihirapan tayong humanap ng bagong commissioner.”