ERIC Camson and Raymund Almazan were fined and suspended by the PBA Commissioner's Office for figuring in a scuffle in Saturday's Philippine Cup game between Rain or Shine and KIA.

Both will serve a one-game suspension effective immediately after appearing before PBA officer in charge Willie Marcial at the league office in Libiis, Quezon City on Tuesday. 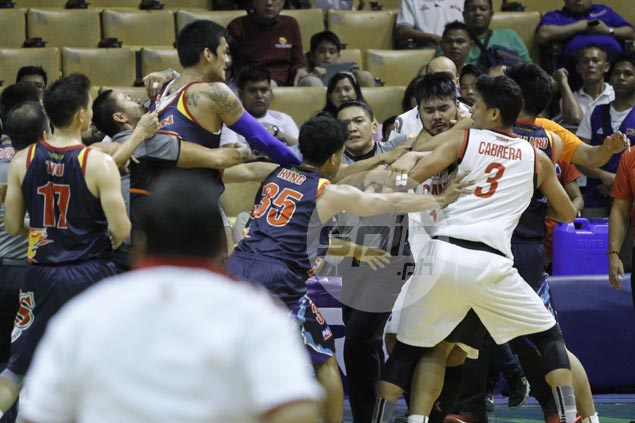 Camson was slapped with a P30K fine for instigating the incident, according to league technical director Eric Castro.

Almazan meanwhile, was fined for P20K.

Also meted a one-game suspension was Michael Miranda for kicking Chris Ross on the groin during the San Miguel-NLEX game on Friday. A corresponding P20K fine was likewise slapped on him after getting ejected from the game for a flagrant foul 2 infraction. 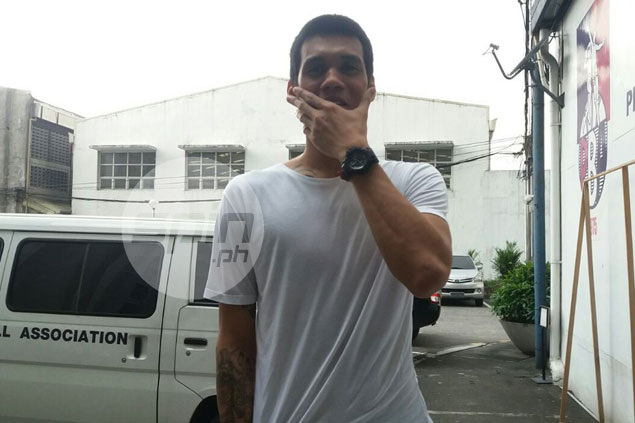 “Based from our reviews, Eric Camson was the instigator, he started it,” said Castro after meeting all the parties involved. “After reviewing the whole first quarter and second quarters, wala talagang pinagmulan, walang pinaggalinggan. So we found him liable talaga sa action.”

Camson is expected to miss the Picanto's game against Meralco on Wednesday, while Almazan and Miranda cancel each other out as the Road Warriors meet the Elasto Painters on Friday.

All three were apologetic upon emerging from their brief talk with Marcial and Castro.

"Humingi ako ng dispensa sa kanila," said Camson, who regretted his action that meted him his first ever suspension in the PBA.

Almazan however, said he's yet to move on from the incident.

"Hindi pa ako prepared. May tamang panahon diyan," said the Rain or Shine center, who, until now, remains puzzled for the action of Camson.