The Blackwater guard wishes Parks well as he embarks on a new journey in the Japan B. League playing for the Nagoya Dolphins.

But at the same time, he also looks forward of seeing his friend going back to the country and suiting up in the PBA again.

Not as teammate as they once were during their days with TnT Tropang Giga, but as future rivals.

‘Yeah, against him,” said Enciso. “I like the competition.” 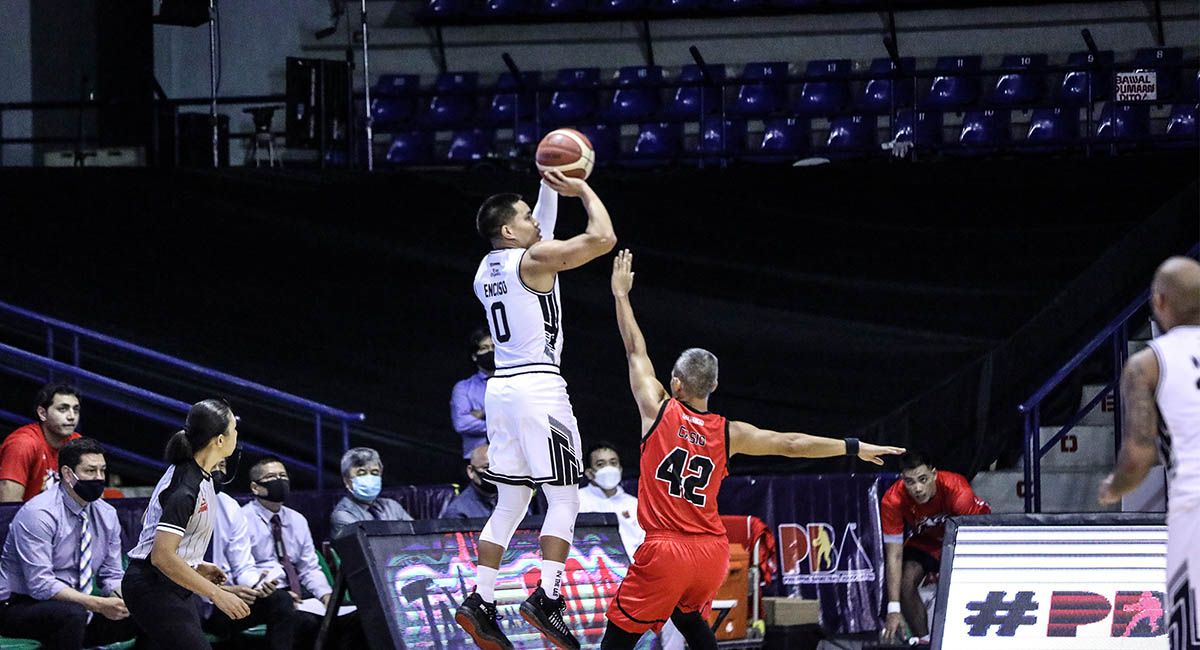 Parks and Enciso developed a strong bond together during the Philippine Cup bubble at Clark, Pampanga last year when they manned the backcourt for the Tropang Giga along with the franchise’s main man Jayson Castro.

The two clicked the first time they became teammates/ roommates for the entire duration of the two-month bubble where TnT reached the finals of the conference, but lost in five games to eventual champion Barangay Ginebra.

Their partnership didn’t last long, though.

Parks got embroiled in a contract dispute with TnT management and opted not to renew, taking his act instead to Japan as the latest young Filipino baller to play pro ball internationally.

Enciso on the other hand, agreed to a new, two-year deal with the franchise, but was later dealt to Blackwater as part of the three-team trade also involving TnT and NLEX that centered on rookie guard Mikey Williams.

Enciso admitted talking to Parks ‘here and there’ during the time he was away in the country, and understood his situation, and later, his decision to just continue his playing career overseas.

“He’s just trying to keep an open mind as well and just get ready for his next opportunity,” said the 30-year-old Enciso, who has become the go-to-guy of Blackwater this season.

“He’s kind of getting ready and working out right now (for the B League).”

Parks was a strong candidate for the Best Player of the Conference award last season, but a strained left calf that sidelined him starting in Game 2 of the finals hurt his chance for the top plum won by Barangay Ginebra’s Stanley Pringle.

But Enciso knows the son of the late legendary PBA import Bobby Parks would definitely become a big name in the B League that will make Filipino basketball fans proud about.

“I know and I have confidence that he’ll be ready to perform for the Philippines and represent our country the right way,” he said.

Enciso added he is honored to have once played alongside a player as skillful as the 28-year-old Parks, a two-time UAAP MVP, a three-time ASEAN Basketball League MVP, and No. 2 overall pick in the 2018 PBA draft.

“I’m happy for him. He works super hard. I feel like he’s a very underrated player,” he said. “You know it’s a pleasure being in the same team and competing with him when I was with TnT.”