Emotional Pingris, Simon look back on journeys during jersey retirement

MARC Pingris and Peter June Simon were both overcome by emotions as the two veterans were honored by Magnolia on Christmas Day by formally retiring their respective playing jerseys.

A framed jersey of their no. 15 and 8 Magnolia uniforms were presented to Pingris and Simon during halftime of the PBA Governors Cup game between the Hotshots and Barangay Ginebra Kings before a crowd of 4,843 at the Smart Araneta Coliseum.

The specially glass-framed jerseys were the actual uniforms of both Pingris and Simon during their final season with the Hotshots, which the team kept for the retirement event.

Both players tried to contain their emotions as they gave their acceptance speeches at midcourt during the ceremony, although Pingris can’t help but shed some tears upon recalling how a young boy who grew up roaming the wet market in his native Pozzorubio, Pangasinan eventually made it big in basketball’s biggest stage in the country.

“Nakaka-iyak pala dito. Dapat talaga hindi pa muna tayo nag-retire, e,” said the 40-year-old Pingris, splendid in an all-blue suit, while thanking his mother, the former Erlinda Prado, and wife Danica Sotto for supporting him through good and the bad times in his entire playing career. 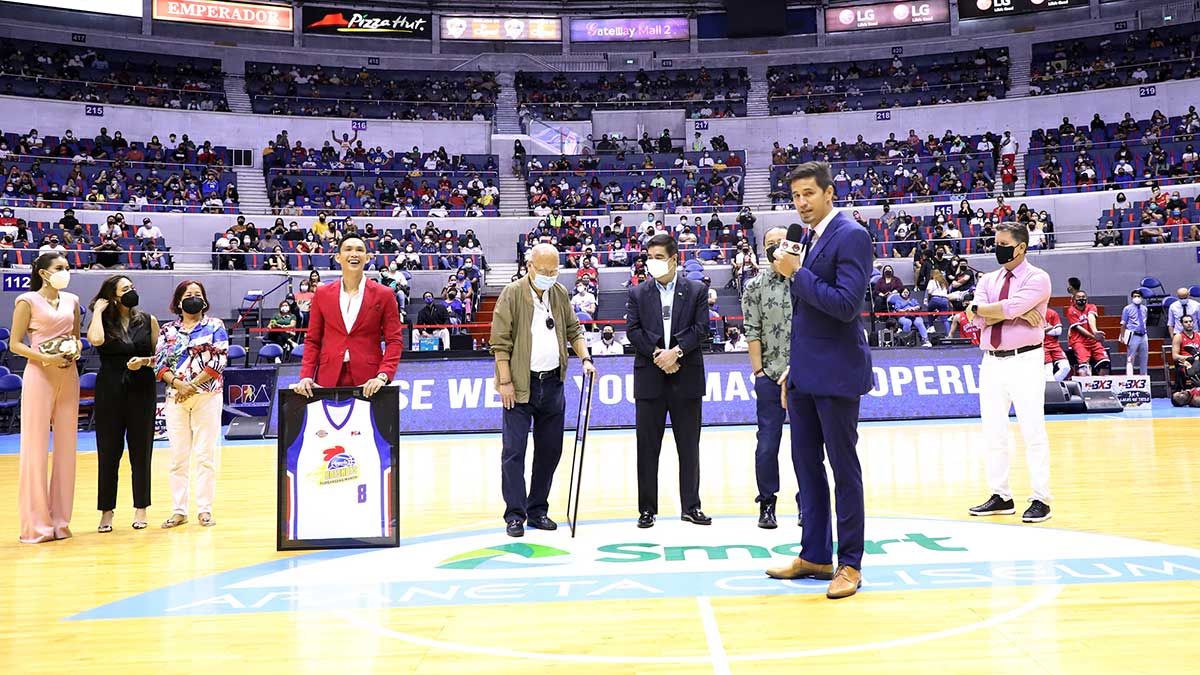 In his all-red suit, Simon, 41, also looked back at his basketball journey from a little-known player from Makilala, North Cotabato to become one of the most inspiring stories in PBA history.

Cone had some nice words for the two players, who he both gave a huge hug for the big roles they've played during their championship run together from 2012 to 2014, which saw the franchise win five titles, including the coveted grand slam seven years ago.