ILOILO – Emman Monfort took the criticism of his inclusion in the Visayas All-Star team in stride, focusing on the positives of making his All-Star debut in front of his home crowd on Sunday night when the Visayas selection takes on the national team at the University of San Agustin gym.

The NLEX reserve playmaker was one of the seven reserves the coaches chose to be part of the Visayas squad that’s facing the Smart All-Stars in the third and last leg of the midseason spectacle that tips off at 6:30 p.m.

Monfort got the nod despite averaging a mere 1.8 points on 30-percent shooting, 2.2 rebounds, and 1.8 assists in 11.3 minutes in five games in the Commissioner’s Cup, naturally putting his inclusion under scrutiny by fans.

But Monfort made no effort to defend his inclusion.

Sean Anthony and Vic Manuel are the biggest names to get left out of spots from the All-Star lineups, while Roger Pogoy is one Visayan who didn’t make the squad, although he’s part of the All-Star national team in the three legs.

Monfort admitted he didn’t expect to make it to the All-Star lineup and play in the place where he was born and grew, well, up.

“Honestly speaking, hindi eh,” the 5-foot-6 court general said. “To be given this opportunity ‘di ko pa-pass up to. Once-in-a-lifetime experience, talagang dream come true, so I’m gonna make the most out of it and try to inspire the kids on Iloilo to never give up on their dreams.”

That’s what he did since Iloilo last hosted an All-Star game in 2000 when Monfort was still a Grade 5 student at St. Joseph school and he got a picture from former All-Star Danny Seigle, with the throwback version coming after the two became teammates at Barako Bull.

Monfort has come full circle since then, carving out a name in college at Ateneo as a pint-sized playmaker with big heart and now in his sixth year in the PBA. 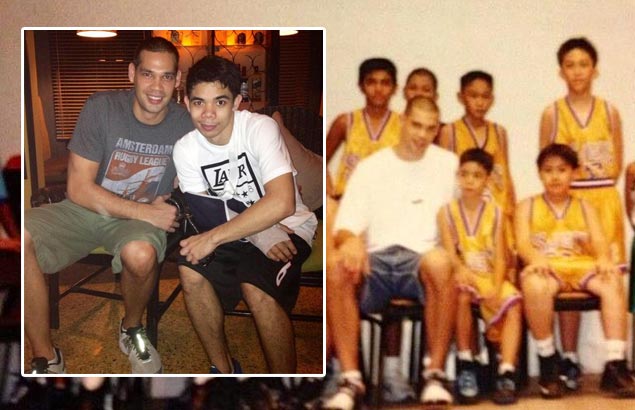