ELIJAH Millsap may have been spared a flagrant foul 1 during the game, but there's no escaping the long arm of the PBA Commissioner's Office.

The San Miguel import was fined P20,000 for the 'unintentional elbow' to the face of NLEX rookie Glenn Khobuntin during the PBA quarterfinal playoffs between the Beermen and the Road Warriors last Friday at the Smart Araneta Coliseum.

Millsap was only whistled for a charging foul and insisted the contact was purely accidental, although it left Khobuntin with a busted lip.

The penalty was handed down after a review.

Millsap said the contact was not intentional, adding, “I was just trying to get the ball over his head.”

But he did air his concern on Khobuntin, who didn’t return to the game following the incident. 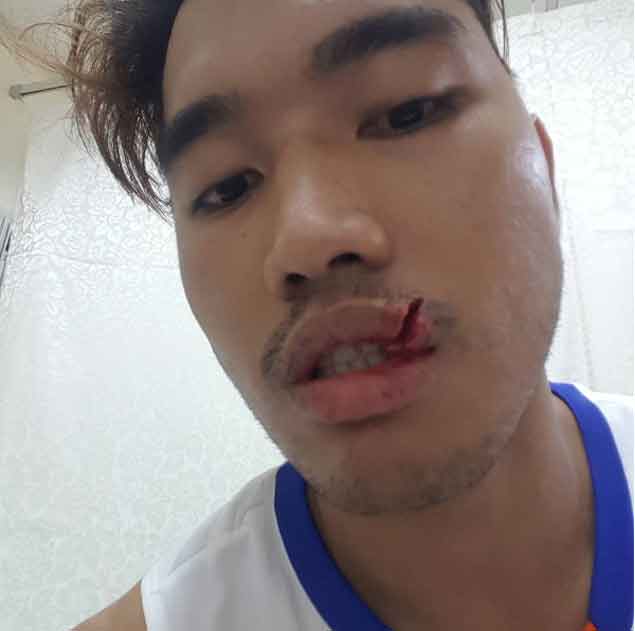 The amount was the biggest in the latest round of punishment meted out by the PBA Commissioner’s Office that saw a total of 10 players and an assistant coach being fined a total of P76,900.

Sean Anthony was also heavily fined for a total of P10,500 for a landing spot infraction and flopping during NLEX’s game against San Miguel, while back-up Chito Jaime of Mahindra ended up being penalized for P8,000 for flagrant foul 1 and flopping in the Enforcer’s quarterfinal match-up with Meralco.

Rookie Troy Rosario’s landing spot infraction in TNT Katropa’s encounter with Phoenix last Saturday at the Ynares Center in Antipolo cost him P7,500, even as technical fouls committed by Fuel Masters import Eugene Phelps earned him a total of P5,800 in fines.

NLEX import Henry Walker incurred fines amounting to P4,000 for technical fouls he committed in the game against San Miguel, Ginebra big man Dave Marcelo was the recipient of a P1,600 penalty for a similar call against Alaska.