ELIJAH Millsap admitted that his past will always haunt him but he is more focused on his present stint with San Miguel Beer in the PBA Governors’ Cup.

The returning import joined his first practice with the Beermen on Thursday afternoon, reuniting with the same team that fell a win short of taking the title in the 2013 edition of the season-ending conference.

Asked if he is looking to complete unfinished business after the team, then known as Petron, lost to San Mig Coffee in a championship series that went the limit, Millsap said he sees it both ways.

“Yes and no,” the 29-year-old American cager said. “Yes, because you can’t run away from what happened to me last time, so I’m here now and, of course, that’s on my mind.”

“But I don’t want to put that type of pressure on myself,” the younger brother of NBA star Paul Millsap was quick to add. “I just want to come here and (show) I’m a way better player than I was back then. So I got to look it as well as a new start and a new beginning.”

After his first stint with the SMB franchise, the younger Millsap played in the NBA D-League before finally getting a shot at the NBA with the Utah Jazz, where he played for two seasons. He last played in Israel.

“It feels good, seeing the smiles on my teammates’ faces, management, equipment people, everybody’s just ecstatic that I’m back and I’m glad that I’m back as well,” Millsap said. 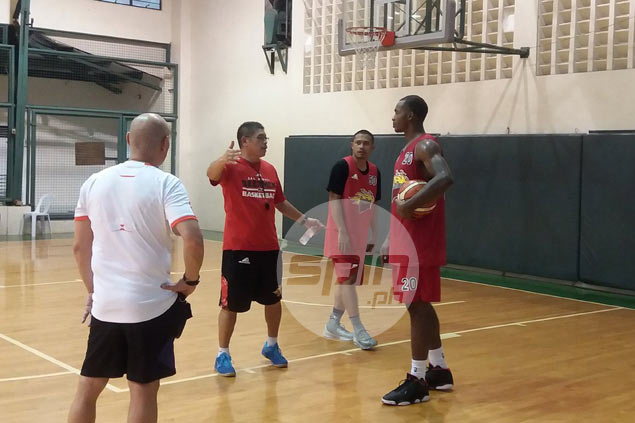