NO romantic dinner or a movie date for this elderly couple on Valentine’s Day.

For Pablito and Rosalinda Nacilla, the special moment will be spent watching a PBA Philippine Cup doubleheader at the Smart Araneta Coliseum for the first time ever.

The Nacillas were gifted with two ringside tickets for Wednesday’s games at the Big Dome by commissioner Willie Marcial during the PBA Homecourt tour of Barangay Rosario in Pasig City on the eve of Valentine’s Day.

The special tickets were actually part of the giveaways handed out to any fan who can convert a basket during the free throw shooting contest that formed part of the barangay visits within the metropolis. 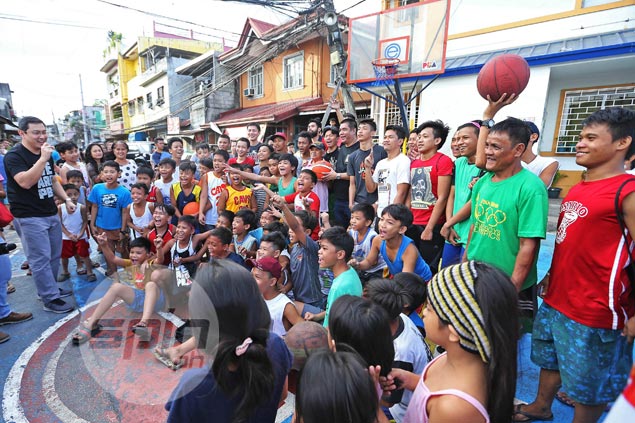 But seeing the long line of young boys and men eager to take their turn at the foul line, Pablito summoned the courage and timidly approached Marcial to ask for some spare tickets.

The Nacillas admitted not having watched any PBA games live ever and it would be a perfect time for them to enjoy one on Valentine’s Day.

Now they’ll have the luxury of watching up close for the first time the games pitting Phoenix against Meralco in the curtain raiser, and TnT Katropa and Globalport in the featured match.

The two, by the way, are solid Barangay Ginebra fans.