by randolph b. leongson
A day ago

After all, he walked the same path Ilagan is treading now as the Tondo native seeks to make it to the pro league.

"I told him that I’ll support whatever he decides to do and I'm praying that there will be a team in the PBA that needs a player that could score and give spacing in their offense like RK does," he said. 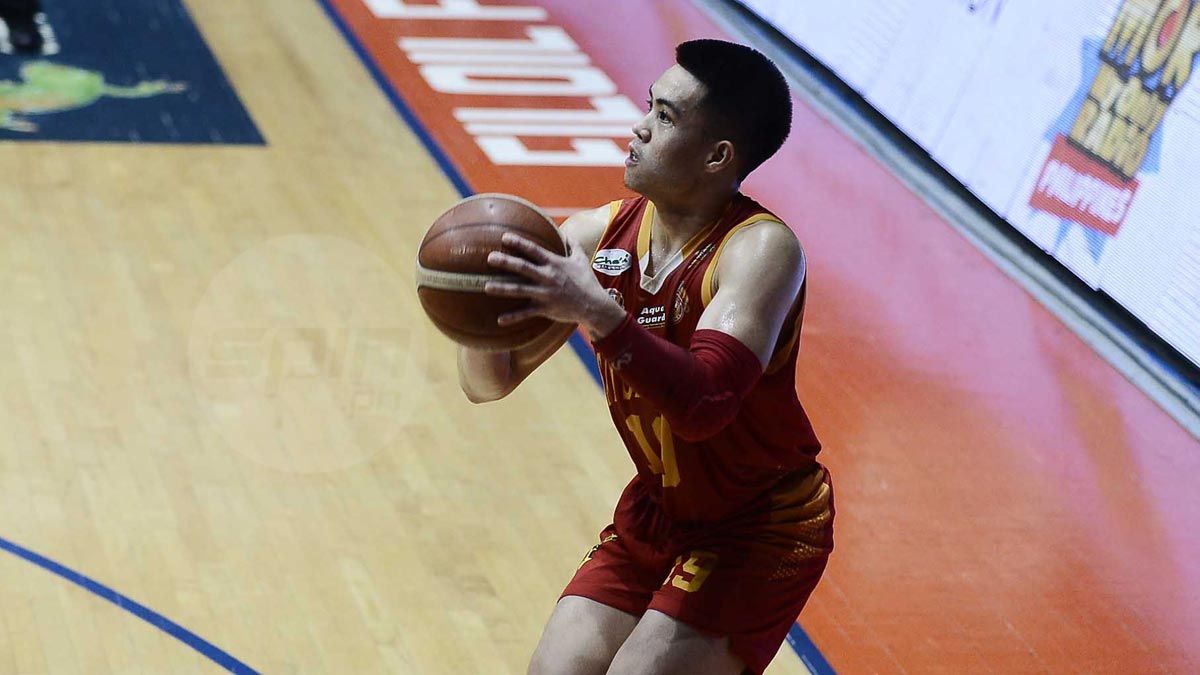 Macaraya, who spent two seasons in the PBA with Swift and Sta. Lucia back in the 1990s, understands that it will be an uphill climb for Ilagan given his small stature.

Standing at only 5-foot-7, Ilagan heads to this loaded rookie pool as one of the smallest prospects, and as history has shown, teams always favor bigger players compared to their smaller peers.

"The only liability that he should overcome is defending the bigger guards," Macaraya admitted. "So he must work on it and be more aggressive in defense. He must accept those and know how to play as a role player."

It doesn't mean that opportunities won't be there.

After all, Ilagan has proven time and again how deadly he could be, with some pundits believing that he's arguably the best shooter in college today.

The 23-year-old was one of the best scorers last NCAA Season 95, posting averages of 15.8 points on 32-percent shooting from downtown, alongside 4.0 rebounds and 4.0 assists in 29.2 minutes for the Golden Stags.

"We all know RK's assets and that's his offense and his limitless three-point range," said Macaraya.

"For me, if he makes it to the PBA, his offense will just be a bonus for the team who picks him."
___