Not that he has become used to it. Rather, the soft-spoken forward considers it a blessing that he continues to be around playing in a 'cut-throat' league like the PBA.

Just last week, the 30-year-old Ababou found himself on the move again after he was dealt by Blackwater Elite – along with James Forrester – to get its hands on KG Canaleta.

Globalport is his third team in less than a season. Last year, he suited up for TnT Katropa before being shipped to Blackwater prior to the start of the Philippine Cup in exchange for big man Frank Golla. His stint with the Elite lasted just a conference.

In all, the former UAAP MVP from University of Santo Tomas, is with his fifth pro team since entering the league in 2011 as the first round pick (10th overall) of Barako Bull in the rookie draft. He also had previous stint with Barangay Ginebra.

Initially, he found it hard picking up the pieces after every trade.

Ababou made sure he made an impression in his debut with the Batang Pier, finishing with 17 points as the second leading scorer for the team in a 113-96 loss to Barangay Ginebra on Wednesday night at the Smart Araneta Coliseum.

He was 6-of-10 from the field and made five three pointers in 27 minutes of play as part of Globalport’s starting unit. 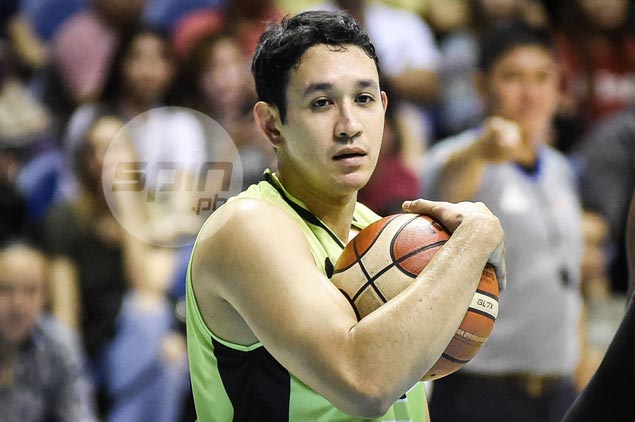 Although surprised that he was inserted in the starting five by coach Franz Pumaren, Ababou said the move gave him a timely confidence boost.

Ababou also said the impressive numbers were not meant to show off against Ginebra and his one-time teammates.