Durham confident Faundo can hold the fort with Almazan in doubt

RAYMOND Almazan has been such a prime mover for Meralco in the 2019 PBA Governors' Cup Finals that Meralco players acknowledged how big of a loss the Bataan native is following his left knee injury.

"Oh, it's a big blow," admitted Allen Durham. "Raymond has been playing great the series whether its rebounding, defense, or putback scoring. So it's definitely a big loss."

Almazan has had the better of his Ginebra counterparts in this series, posting averages of 17.5 points, 11 rebounds, and 1.5 blocks in the first two games. He had two points and two rebounds in Game Three before a collision with LA Tenorio sidelined him at the 5:55 mark of the first quarter, rendering him out of the game.

With the starting center out, coach Norman Black had to extend the minutes of Bryan Faundo just to keep the paint covered.

The 35-year-old center, it turned out, was up to the task. 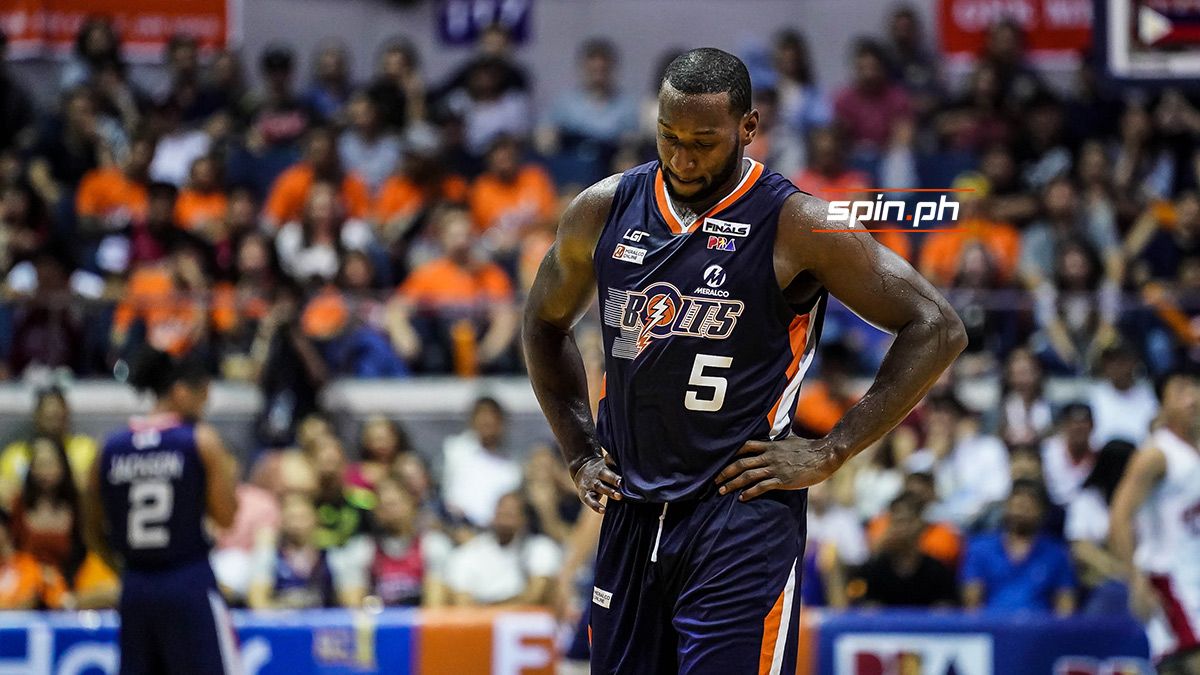 A third-string center in the Bolts' rotation, Faundo stood his ground in Game Three as he took on the unenviable task of defending Japeth Aguilar, who had 23 points, seven blocks, and four boards in Ginebra's 92-84 Game Three conquest.

Solid as the 6-foot-6 center's performance was, Faundo would be the first to admit that he's no Almazan.

Durham, though, has his full belief on Faundo and the rest of the Meralco bigs that the Bolts can weather this challenge regardless of the status of Almazan.

"We'll see if he can come back. But if not, everybody else got to step up. Next man up," said the two-time Best Import winner.