THREE years ago, Jackson Corpuz thought his PBA dream was over after he was hardly given a second look during the 2014 rookie draft.

He admitted losing hope when his name was not called during the proceedings. Good thing there was someone who kept pushing him to go and reach for his goal.

Little did Jackson know he’ll eventually become a part of the league – exactly on the day when it celebrated its 42-year anniversary.

The former Philippine Christian University stalwart and undrafted player made his PBA debut on Sunday with Mahindra during the first game of a special doubleheader at the Mall of Asia Arena commemorating the founding of the league more than four decades ago.

The feeling was surreal, he said.

His first game against TnT Katropa wasn’t exactly impressive as the 28-year-old ended up scoreless in 22 minutes of play (0 of 5 shooting) and failed to finish the game won by the Texters, 86-84, owing to six personal fouls.

But he’ll take it. The most important thing is he finally realized his dream. 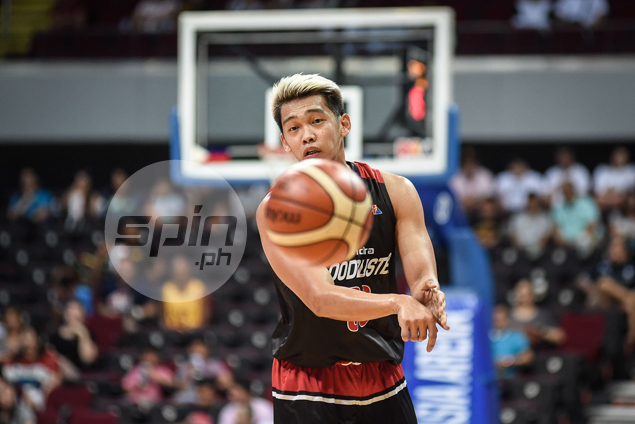 Corpuz practiced with the team for just two days prior to his first league appearance, joining the Floodbuster immediately the day after the deciding Game 3 of the D-League finals.

His first ever game as a pro was made even more memorable when coach Chris Gavina made him a part of his starting unit together with LA Revilla, Alex Mallari, Jason Ballesteros, and import Keith Wright.

Corpuz, who toiled in the D-League for three years as a reserve, practice player, and finally a go-to-guy, was also thrilled to have gone up against his idol, Ranidel de Ocampo, in his debut game.

He knows adjustments are still needed for him to finally settle down, especially in terms of how the referees are making calls.

But he said those are things he had to deal with if he is to stay in the league and continue achieving his dream.