ROOKIES from the Batch of 2018 have wasted no time showing what they can do in the 2019 PBA Philippine Cup. High-flyers like CJ Perez and ultra-efficient scorers like Robert Bolick are taking the pro league by storm.

But lost in the din of the cheers for these exciting freshmen are once-celebrated players like RR Garcia, Carlo Lastimosa, and Dylan Ababou who suddenly found themselves out of jobs following the latest infusion of fresh blood in the PBA.

No wonder then that not a few fans have been clamoring for expansion for a while now, firm in their belief that the league needs to grow beyond the current 12 teams to open more opportunities for these displaced players.

PBA commissioner Willie Marcial is all for it and even bared that there are major companies knocking on the door of Asia's first ever play-for-pay league.

"May tatlong gustong mag-apply," he divulged to SPIN.ph without disclosing the names of the interested parties.

But before you get excited, better hold your horses. No less than PBA chairman Ricky Vargas warned that now is not the time for an expansion. 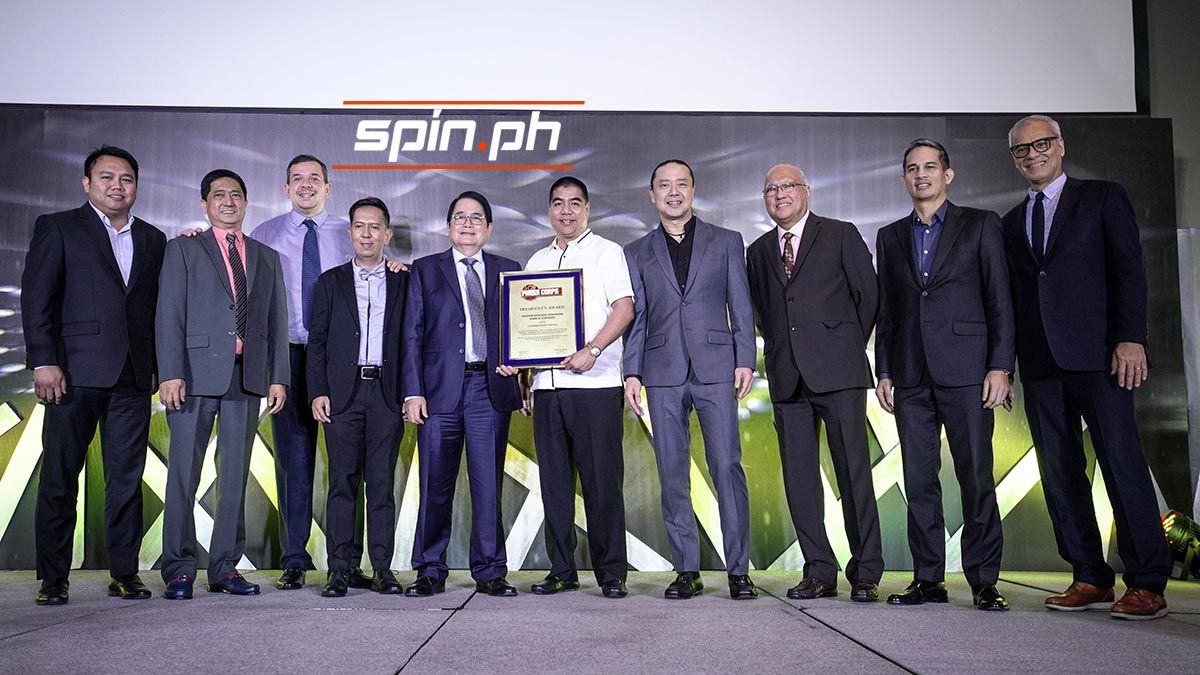 Vargas explained that as it is, the PBA's season is already stretched owing to its commitment to the national team. The 2019 campaign, in fact, is set to finish in January as the league is set to take a break for the Fiba World Cup and the Southeast Asian Games.

Adding more teams, therefore, will only prolong the season beyond what's feasible, especially since the league also has to fulfill its commitment to each of the 12 teams in terms of television exposure and media mileage.

"As it is today, because of our commitment to the national team, ang season natin is already taking a long time," he said.

Vargas, who is also the concurrent head of the Philippine Olympic Committee and team governor for TNT, believes that 12 team is already "an optimum number for the PBA" under the current circumstances.

Before the PBA entertains any thoughts of expansion, it will have to strengthen teams in the bottom half of the hierarchy, Vargas said.

"Palakasin muna natin yung mga bago sa liga so that the teams will even out and make the league more exciting," he said.

Of the 12 present teams in the league, only half have won at least a championship, with San Miguel, of course, at the top of the food chain with 25 titles.

For the other six, it's a mixed bag of success.

The league's six newest teams - Meralco, NorthPort, NLEX, Phoenix, Blackwater, and Columbian - have zero championships and, except for the Bolts, no finals appearances.

Meralco entered the league in the 2010-11 season after buying the Sta. Lucia franchise. It took six conferences before it made a first semifinal appearance in the 2012 Governors' Cup, albeit in a six-team round-robin semis format.

The Bolts waited four more years before entering its breakthrough championship series in the 2016 Governors' Cup, but failed to win the cup in the two times import Allen Durham led the team to the finals.

Meanwhile, NorthPort, which came to the league in the 2011-12 season after acquiring the former Powerade franchise, was a regular bottom-feeder in its first two seasons under the GlobalPort banner, finishing dead last four times.

Though the Batang Pier have since reached the playoffs nine times through 18 conferences, their only semifinal appearance was in the 2016 Philippine Cup when the duo of Stanley Pringle and Terrence Romeo knocked off Ginebra in the quarters before falling to Alaska in the semis. 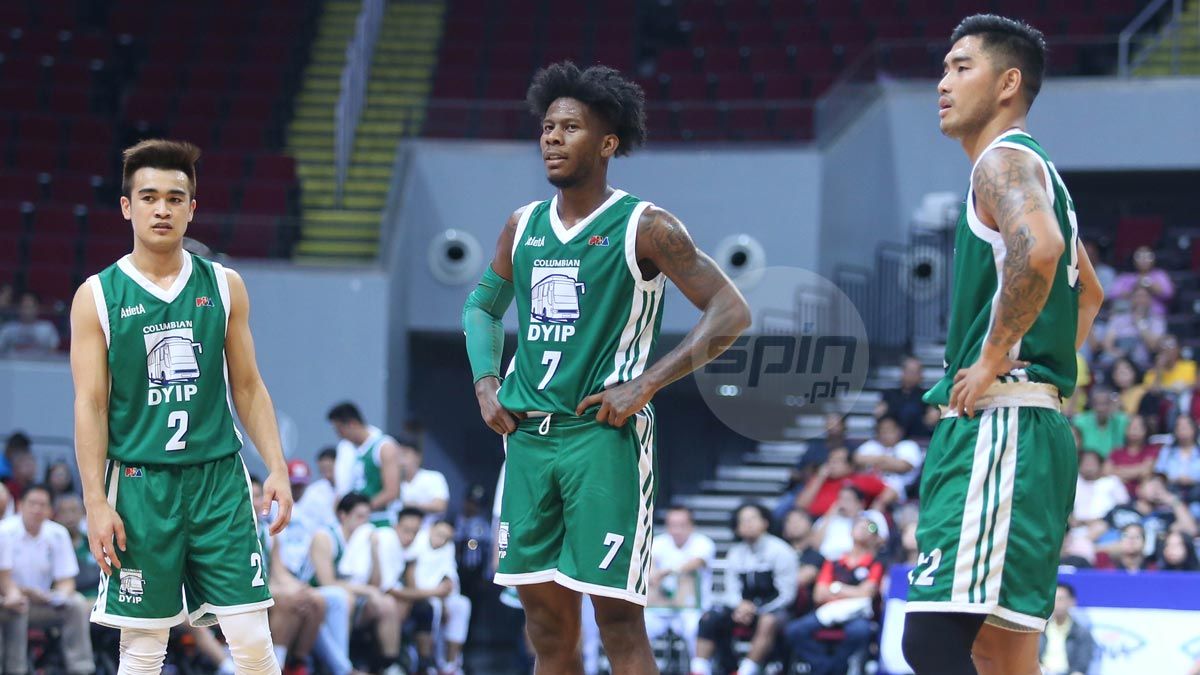 NLEX bought the Air21 franchise and has had a good run in its four years in the league, reaching the playoffs eight times in 12 conferences. But it wasn't until the 2018 Philippine Cup that it reached the semifinals under the stewardship of Yeng Guiao and the leadership of rookie sensation Kiefer Ravena.

On the other hand, Blackwater has made only three playoff appearances in its 12 conferences. Five times, the Elite found themselves at the bottom of the pile, and once had to endure a 0-11 campaign in the 2015 Philippine Cup.

They did show some signs of life with a fifth-place finish in the 2018 Governors' Cup. But the team has gone back to rebuilding mode after key pieces of that dream run in JP Erram, Nard Pinto, and Paul Zamar were shipped out in favor of promising rookies like Paul Desiderio and Abu Tratter just before the ongoing season started.

It was pretty much the same case for Columbian, with the Kia franchise making more moniker change (five) in its four-year run in the league than playoff appearances (one). The team's lone playoff appearance came in the 2016 Governors' Cup, where it finished fifth as Mahindra before losing to Meralco in the quarterfinals.

Just like Blackwater, the main cogs of that playoff team in Nino Canaleta and Aldrech Ramos were both traded away the following conference.

Besides, not a lot of people have forgotten about the controversy that Columbian found itself in back in 2017 when it decided to trade away the No. 1 draft pick, which turned out to be Christian Standhardinger, to powerhouse San Miguel in exchange for Ronald Tubid, Rashawn McCarthy, JayR Reyes, and a future first-rounder.

Phoenix entered the league two years after, acquiring the Barako Bull franchise starting in the 2016 Commissioner's Cup. It has been in the thick of things since, making four playoff appearances in eight conferences with a team led by Matthew Wright, and eventually Jason Perkins and Calvin Abueva.

The Fuel Masters almost reached the semifinals in the 2018 Governors' Cup as the No. 2 seed, but squandered twice-to-beat advantage to Meralco in the quarterfinals.

In short, these teams will have to do better if the league is to entertain expanding beyond the current 12 teams.

"We're always open for expanding, maybe to an even number, but let's first see what we can do with the 12," he said. 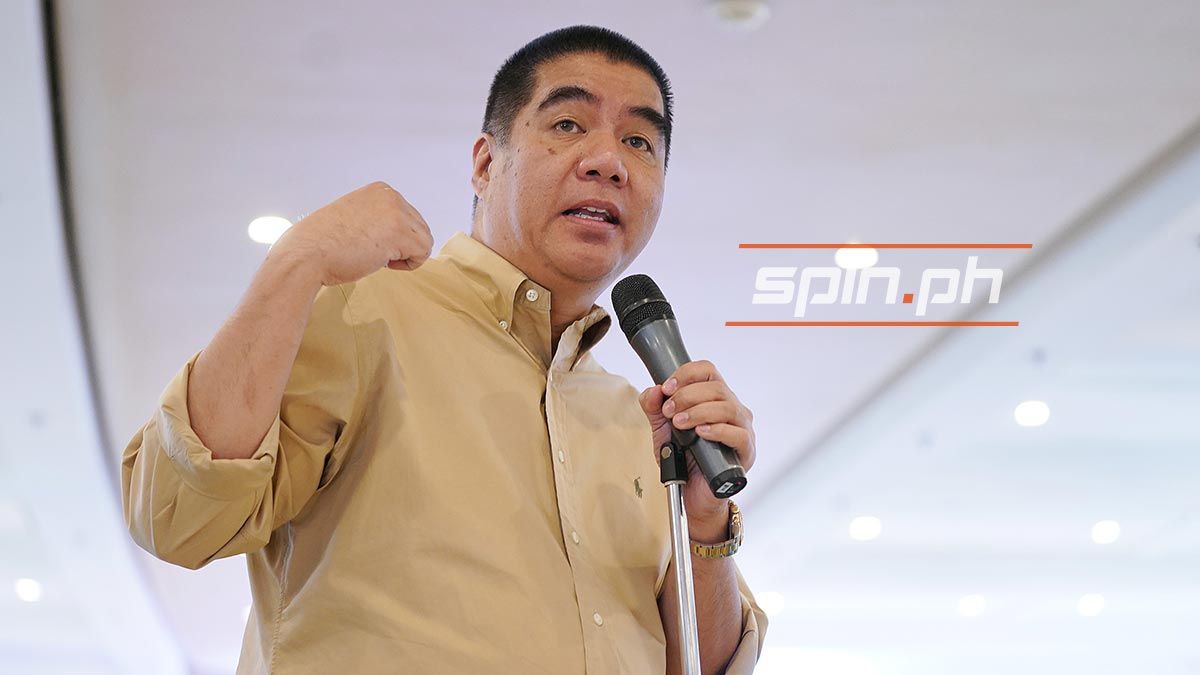 Vargas, at least, feels the league is getting there, pointing to the performance of Phoenix, Columbian, NorthPort and Blackwater in the ongoing Philippine Cup.

"There's no team now which is a pushover. You should work very hard to win every game in the PBA," he said, citing Columbian's upset win over San Miguel, Blackwater dealing Rain or Shine its first loss, and Phoenix making a surprise run to the top.

But unless the trend continues and these teams before strong enough to crowd traditional league giants for the championship on a regular basis, don't expect expansion to be tabled during the PBA board's regular monthly meetings.

As for the players that have been left out in the cold after the influx of rookies this season, Vargas offered one option.

"Maybe some of the players can play in the PBA D-League," he said.

So, if you're a fan clamoring a PBA expansion, better not keep your hopes up. The pro league isn't expanding beyond the current roster of 12 teams anytime soon.