A GRAINY video from decades ago of LA Tenorio playing in an SBP-Passerelle game during his grade school days resurfaced months ago online, and no one was more pleased to watch it than Tenorio himself.

"Ang tagal kong hinahanap 'yan," said the PBA star when asked about the video of the Milo BEST game pitting his Don Bosco team against Ateneo - ironically the school that Tenorio would later star for in college.

The video, owned by Vintage Enterprises and resurrected on YouTube by Baller Sports, naturally took Tenorio on a trip down memory lane, to the days when he was still at Don Bosco where he studied from prep to Grade 6.

That early, it was already evident Tenorio was special, showing some of the skills that made him an NCAA juniors champion at San Beda, a UAAP winner at Ateneo, and national player, and multiple champion in the PBA.

He was so good, in fact, that the late broadcaster/ sportswriter Butch Maniego can be heard gushing in the background, 'He's like a man among boys!"

"Sigurado ba kayong 11 years old lang itong batang ito?" Maniego can be heard muttering in another part of the video.

That video, Tenorio said, was among the last games he played at Don Bosco Makati. He later was recruited by Charlie Dy to play for Adamson in high school before joining San Beda's fabled high school program under coach Ato Badolato. 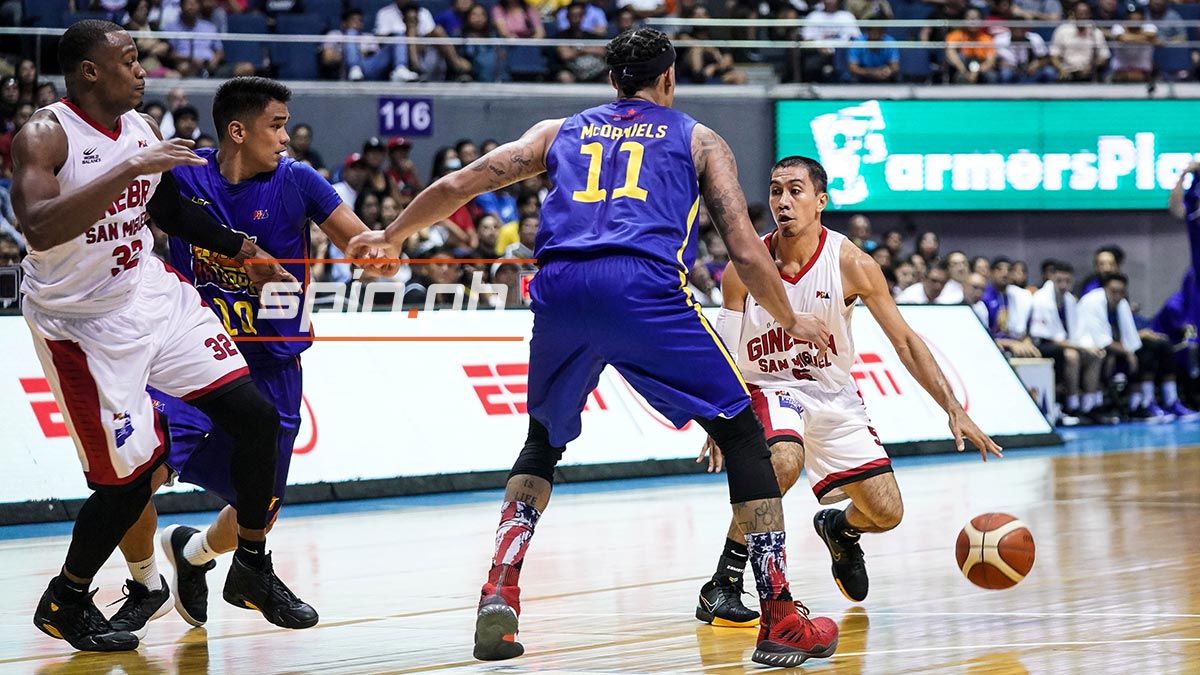 The young Tenorio capped that performance with a basket made from midcourt that could've sent the game into overtime had tournament rules counted long shots as three-pointers (SBP Passarelle rules had no three-point shots at that time).

At that time the video was shot, the former Gilas Pilipinas mainstay said he was already playing in ligang labas games against boys much older and bigger than him back home in Nasugbu, Batangas.

There was one other thing he noticed in the video, too.