THEY came from the same province in Mindanao, more popularly known nowadays as the President’s bailiwick more than a basketball hotbed; they were born only a year apart; and they both dreamed of making it big in basketball.

Yet they never crossed paths back when they started to nurture their hoops dreams.

Scottie Thompson is from Digos City, 65 kilometers away from the capital Davao City where Amer grew up. But the two proud sons of Davao del Sur have never really shared the spotlight until they crossed paths in the ongoing PBA Governors Cup finals.

Thompson is the current toast of Barangay Ginebra and partners LA Tenorio as the Gin Kings’ starting backcourt tandem, while Amer is the chief back-up of Jimmy Alapag and provides the spark off the Bolts’ bench.

While Thompson and Amer realized their dream at the same time, drafted in the same class last year, both rookie playmakers took different routes.

At around that time, Thompson was still in Digos, already the star of Cor Jesu College. But he was hardly getting any attention in the little-known school, so he thought of moving to the main city of the province. He transferred to Agro Industrial Foundation College in his senior year and got more exposure, playing in inter-high school tournaments.

It appears Thompson took over Amer’s throne in Davao when the latter left and got in the basketball map by leading the Red Cubs to back-to-back NCAA juniors division titles. 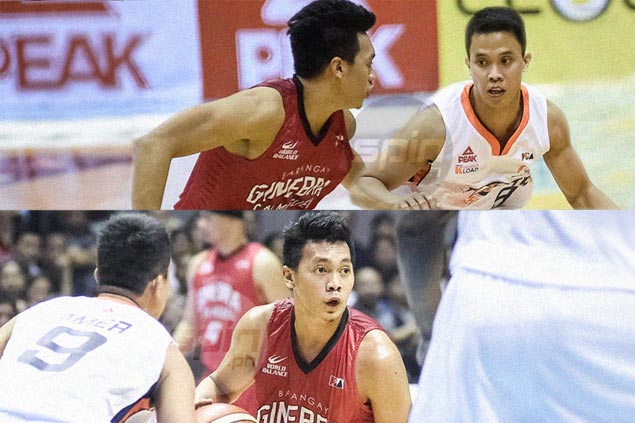 After standing out in local tournaments, Thompson became part of the squad that represented Region XI in the 2010 edition of the Palarong Pambansa in Tarlac, where he was discovered by former University of Perpetual Help juniors coach Tonichi Pujante. Thompson moved to Las Piñas that same year.

“When he came in, ang payat pa ‘nun eh, although nakita ko na may hops na, may explosiveness already in his game at tsaka may utak na,” said Boris Aldeguer, Thompson's first college coach in Manila.

“You could already see that he had the potential,” Aldeguer added. “When he played already in his first year, na-utilize agad siya because we lost two players to ineligibility at nabigyan talaga siya ng opportunity and what’s nice is he made the most out of it.”

A year later, Thompson suited up for the Altas as a rookie in NCAA Season 87 as he finally met Amer, who was making his college debut for the Red Lions.

While they took different paths to get to Manila, both said they had to make the same sacrifices, both bearing the pain of being away from family while chasing their basketball dream.

Amer, the youngest of seven siblings, was 15 when he took his talents to Manila; Thompson was 18.

Amer and Thompson definitely made the most of their opportunities as they engaged each other in numerous elimination-round battles, meeting thrice in the NCAA Final Four.

Their relationship had been limited on the court, before they finally got close off it when they teamed up at Hapee Toothpaste in the PBA D-League and with the Gilas cadet side that competed in the Southeast Asian Games.

There, Amer realized he has a lot more in common than Thompson, who like him is a typical shy southerner.

But how shy they were off the court was the opposite on it as they seized every moment and steered their respective teams to their share of success, with Amer winning an NCAA championship in all but one of his five years in the men’s division, and Thompson capturing the MVP award in the NCAA in 2014. 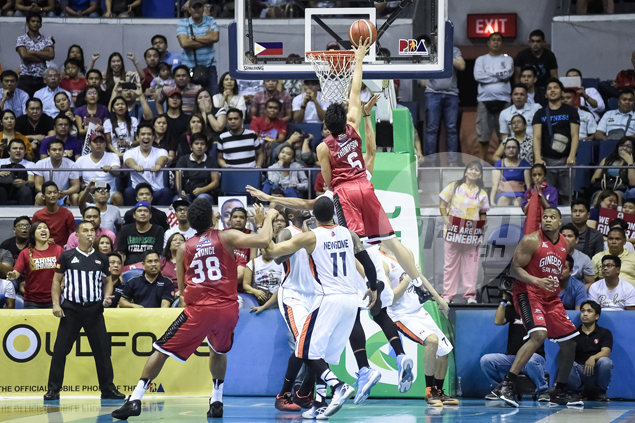 Along the way, they both had to conquer doubts.

Now that they’re here, Amer and Thompson are proud to show everyone how far they’ve come, while never forgetting their humble beginnings.