Import Dez Wells and Terrence Romeo put on a dazzling show for a jampacked Filipino crowd as they steered the Beermen to their second straight win and emerge as the top team in Group B for an outright seat in the Final Four.

Wells finished with 42 big points which he capped with several highlight-reel dunks that brought the crowd at the Tap Seac Multisport Pavilion to its feet. 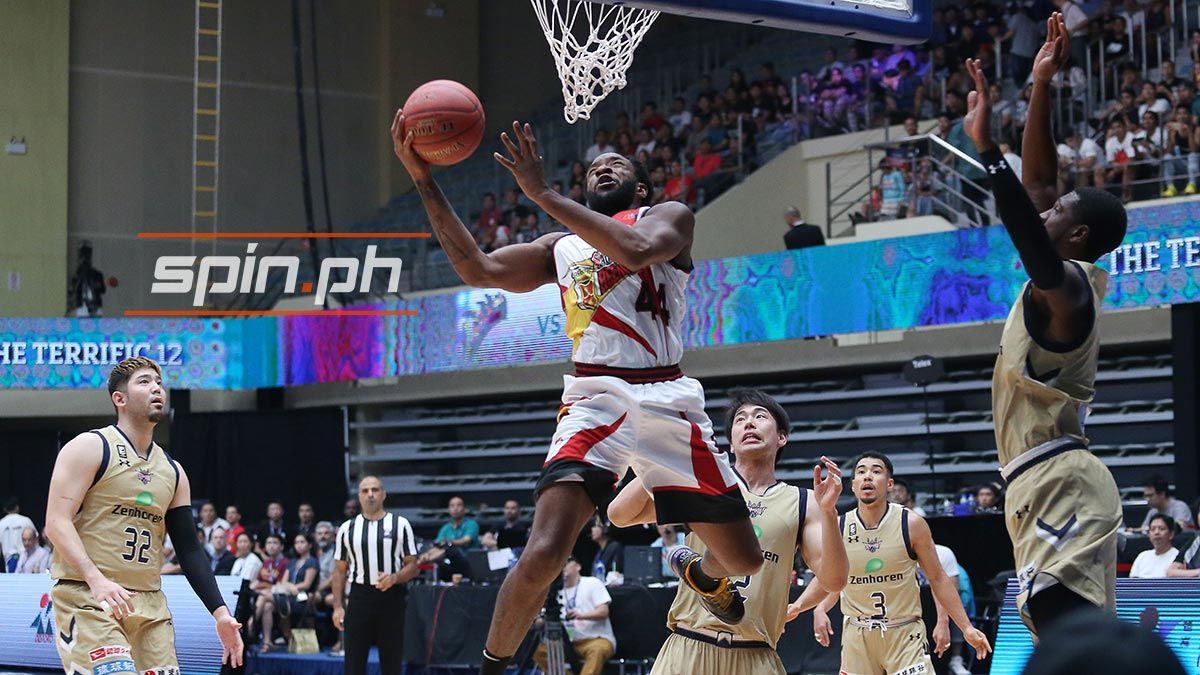 Romeo added 18 points for the Beermen.

Now awaiting the Beermen in the next round are former NBA star Lance Stephenson and the Liaoning Flying Leopards as the champion ballclubs of the CBA and PBA clash on Saturday for a seat in the winner-take-all championship.

Wells though said the credit shouldn't be solely on him.

"I can't take credit for tonight, I give it to my teammates and coach. They made a great job putting us in the right position," he stressed.

"Tonight is a manifestation of the things coach and the team believes. This is how we'll be successful this season."

San Miguel's other import Lester Prosper finished with 15 points and eight rebounds, while Paul Zamar came off the bench to score nine points as coach Leo Austria again opted not to field veteran guard Alex Cabagnot, who is still recuperating from the flu.

Austria admitted feeling a bit anxious just before the game as the Golden Kings were coming off a 38-point blowout at the hands of the Shenzhen Aviators on Wednesday night.

"We knew this would be a difficult game for us after their (Kings) losss. They will come out fighting hard because they're the defending champions," said the San Miguel coach.

And so the Beermen found themselves trailing early on, 12-4, before Wells and Romeo took charge, that by the end of the first quarter, San Miguel already had the lead, 31-24.

They had their biggest lead at 92-77 late in the final quarter.

The Kings were led by the 34 points and 11 rebounds of Demon Brooks, who found himself at the receiving end of a vicious block by Wells in the final quarter.

Ryuichi Kishimoto was the only other player in double figures for the former champions with 12 points.