Dave Marcelo said that’s all there was to the flagrant foul 2 he committed against Christian Standhardinger that led to his outright ejection in Game 3 of the PBA Philippine Cup semifinals series between San Miguel and Phoenix.

The Phoenix bruiser was banished from the Smart Araneta Coliseum floor early in the second period after hitting Standhardinger in the face with an open hand just as the San Miguel big man was going for a baseline drive.

Marcelo played for just seven minutes and had two assists and a rebound. But he was quick to wave off the incident, saying physical plays like that happen especially in the playoffs. 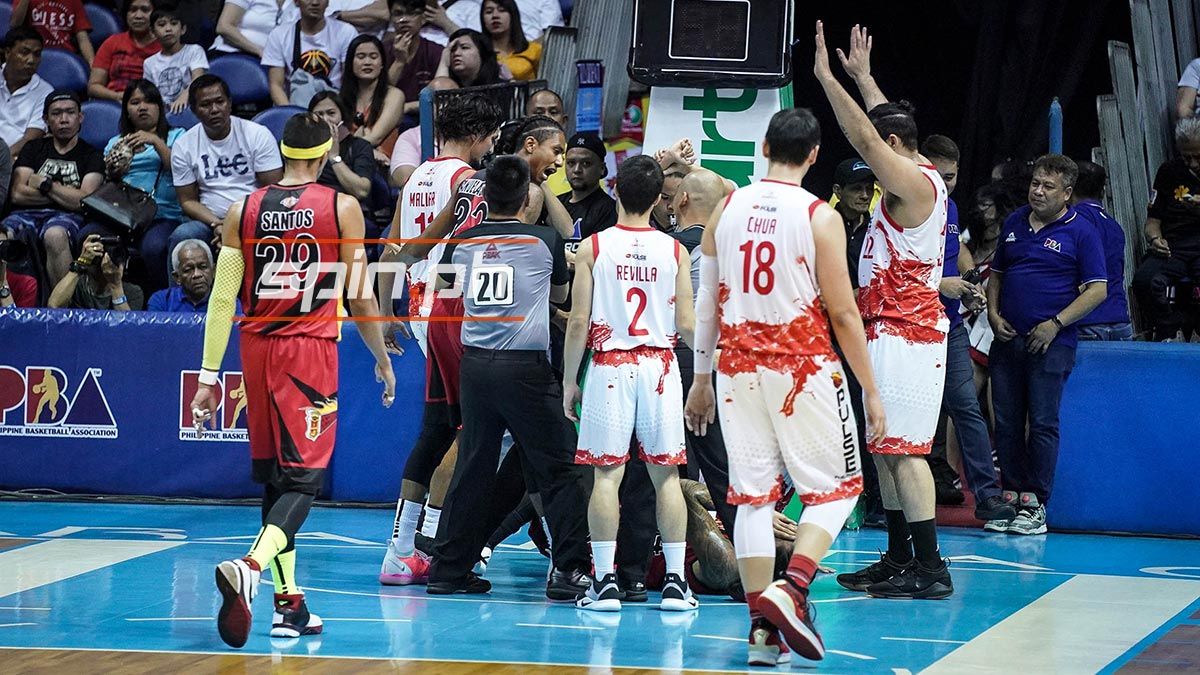 Marcelo has been summoned by the Commissioner's Office and is expected to be fined for the infraction.

In his post-game interview, Phoenix coach Louie Alas said Standhardinger told Marcelo, "Next time, hit me harder," after the foul was called.

Asked to confirm if that was true, Marcelo burst into laughter.

Standhardinger insisted that he holds no ill will towards Marcelo, even after their exchange during the game.

"He's a physical player. You just have to take the hits because it's part of the game," he said. "Like I said, it's never anything personal. I'm sure he's a good guy. I look forward to playing against those guys next game."

The Fuel Masters did their part and eked out a 92-90 victory, cutting the Beermen’s series lead at 2-1.

Now, its Marcelo’s turn to keep his promise come Game 4 on Tuesday. - With reports from Randolph Leongson