TALK ‘N Text veteran Danny Seigle, Vince Hizon and the former NBA Asia Pacific managing director are on the short list of six candidates to be the next PBA commissioner.

Aside from the Seigle, Hizon and Mark Fisher, other candidates left after a two-and-a-half weeks of identification and interview done by a selection panel are TV5 sports commentator and lawyer Charlie Cuna, PBA operations chief Rickie B. Santos and Jay Adalem, founder of the Naascu league.

“It’s a very challenging and tough search,” said Rey Canilao, head of head-hunter GESG, during a press conference on Thursday just before Game Three of the semifinals between Purefoods and Talk ‘N Text.

The GESG big boss was accompanied by league chairman Patrick Gregorio and Chito Salud, who just last month was appointed the new president and CEO of the PBA effective next season.

Canilao said over the past two weeks since GESG became part of the search committee, they have interviewed a total of 18 prospects, ranging from former PBA governors, former players and some individuals who have applied directly for the coveted post.

The soft-spoken CEO of the head-hunting firm said there were basically four critical points in the search for the next PBA commissioner, foremost of which is the commitment to serve the legue 24/7.

“He should be omebody who has technical capability, understands basketball and understands officiating and has an eye on certain calls as far as the game is concerned,” explained Canilao.

“The third is he must have the stature and personality, respected in the industry, has very high integrity, confident and should have good chemistry with the new president,” he added.

Tthe fourth criteria is having the leadership capability and strategic thinking, someone who can command respect from team owners and board of governors, the management committee, can deal with coaches, players and referees and somebody who can help take the D-League to the next level. 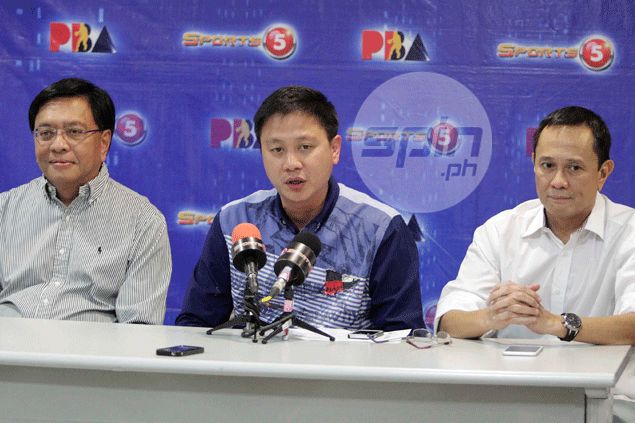 Among the six candidates for the post, Seigle is most familiar among basketball fans and league officials alike, simply because he remains active in the PBA.

Canilao explained that “Dynamite Danny” may be the youngest among the prospects at 38, but said Seigle “does have the depth of understanding of the league” because of his 16-year experience as a player.

“Danny understands the technical side of the game, he can deal with coaches, board of governors because he has been to different teams and he can also deal with the mancom of the PBA,” he added.

Salud said the list will be pruned down to the three who will be interviewed by the PBA board.

He added that by May 15, the league will be ready to announce the new PBA commissioner.

Canilao said Fisher, an American, has had extensive managerial experience in running leagues, having been a former NBA Asia Pacific managing director for 10 years.

Fisher, 54, graduated at the Harvard University and played pro basketball for a time in Taiwan.

Canilao said Fisher was largely credited for introducing the NBA to the Philippines. The American executive is currently based in Singapore where he is a consultant for UFC (Ultimate Fighting Championship) in Asia.

On the other hand, Adalem owns the St. Clare College of Caloocan and co-founded the Naascu (National Athletic Association of Schools, Colleges and Universities).

Hizon currently serves as commissioner of the fledgling FilSports Basketball Association after a long playing career best remembered for his stint at Ginebra under Robert Jaworski.