THE likelihood of TNT missing Bobby Ray Parks in Game Two is high, but even with the possibility that their top gunner will be absent on Wednesday, Barangay Ginebra knows the Tropang Giga have a lot of weapons in their arsenal capable of stepping up at any moment.

Barangay Ginebra coach Tim Cone witnessed it for himself in Ginebra’s hard-earnedovertime win over TNT, 100-94, on Sunday. Cone’s squad needed a lay-up by Arvin Tolentino to send the game into overtime after TNT went on a three-point shooting spree late in regulation.

Aside from Parks, the league leader in the statistical points standings, it was TNT’s old hands in Jayson Castro and Jay Washington who showed the way in the fourth quarter.

Labeled by Cone as the difference-maker in the series, Castro buried a three-pointer that handed TNT a 91-90 lead, calmly taking over the game after Washington, 39, kept the Tropang Giga in the game with back-to-back triples.

Cone said it wasn’t the lack of defensive effort by Barangay Ginebra that allowed the two TNT veterans to knock in those important treys.

“We had the lead and they made three straight three-points – twice from J-Wash and one from Castro,” Cone said. “I wouldn’t say we were playing bad defense. We were focused on trying to stay with Castro the first two, and the last one, we get back to J-Wash and we let Castro open.” 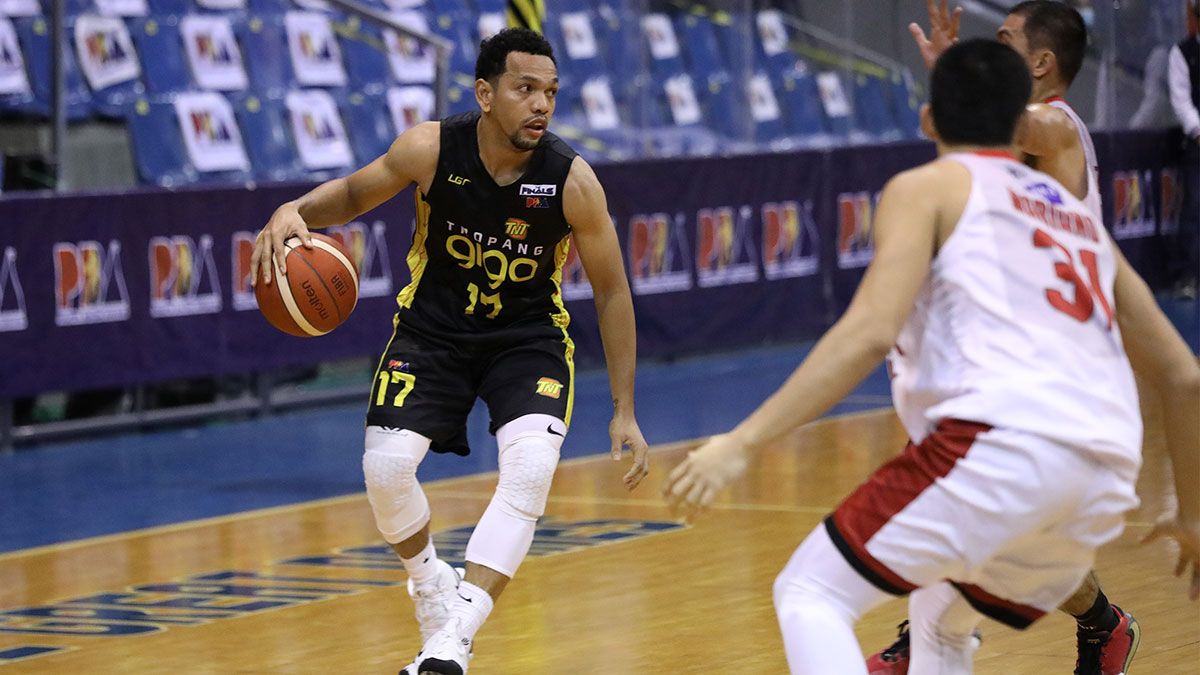 “That’s the problem they pose to you as a team. It’s kinda like pick your poison,” he added.

TNT is facing the prospect of missing Parks in Game Two after aggravating a calf injury last Sunday in their loss to Barangay Ginebra. Parks delivered 20 points, four rebounds, four assists, five steals, and two blocks before missing the latter part of the match due to the injury.

Barangay Ginebra, however, is still wary with guys like Castro and Washington there to step in.

Cone was glad Ginebra kept its composure in the final moments that led to the game going into an extra period.

“We have to try to stay calm and get back to attacking them and not hang our heads or drop our shoulders. Imagine, three straight three-pointers down the stretch and we were able to keep our composure, tie the game, and go into overtime,” said Cone.
___