TIM Cone won an all-time high 23 PBA championships, including two grand slams, by basically educating a dozen or so players, equipping with skills, and putting them in a position to be at their best under the grinding pressure.

Cone says his boss does exactly that - in a much grander scale.

"Imagine the massive stuff that he has going on," Cone says of Ramon S. Ang, the head of the giant San Miguel Corp. conglomerate who also owns the Barangay Ginebra, San Miguel, and Magnolia franchises in the PBA.

"He's a busy man, the guy doesn't sleep. I don't know how he does it, but he does it and does it extemely well."

Ang has become some sort of a cult hero during the COVID-19 pandemic as he oversees a number of game-changing infrastructure and humanitarian projects, but Cone says the SMC big boss is never too busy to talk basketball.

While "basketball is just a very, very, very, very minute part of everything that goes on through the day," Cone said RSA makes it a point to have meetings with coaches and the players and his people in charge of that aspect of the business, which in the case of basketball is SMC sports director Alfrancis Chua.

And Ang knows what he's talking about, Cone swears.

"As much as you think that he's totally involved in business, he really loves the game and he really makes an effort to understand it, so he really has a good feel," says the two-time grand slam winner.

How involved is Ang in the basketball operations? Deeply. Cone says it's not unusual for the big boss to meet Chua and the coaches and talk lineups. But he's never pushy - and the conversations never one way, he adds. 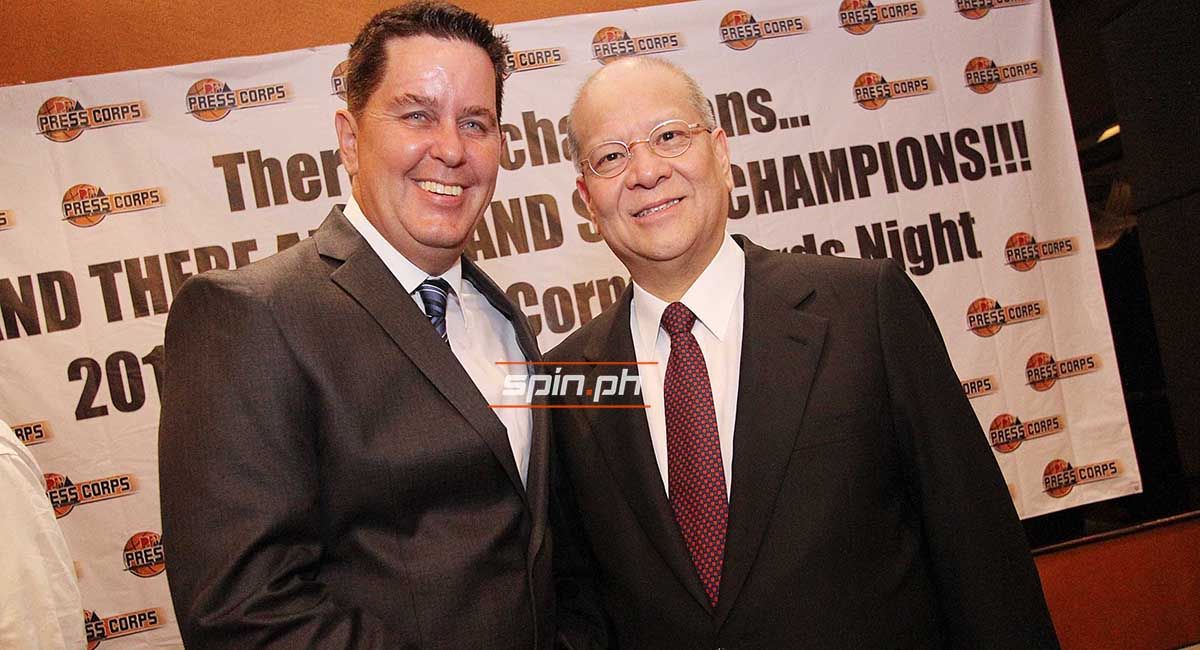 "Do we talk about lineups? Yes. He says, 'Maybe this is better here [or] there, but he won't do it in a dictatorial way, like, 'This is the way it's gonna be.' He'll discuss it with you, he'll work it through," Cone says.

"You know, Alfrancis Chua is the one that really leads the basketball. We talk to him about things and he talks to RSA about these things, but we have our occasional meetings with him ... and he reviews the lineups.

"He knows people. he reads people very, very well. he goes out, hires the best people, gives them what they need," says Cone. "He equips you, and it's up to you to make the most of it. But he'll never be on top of you day to day making sure you're doing it. that's on you. He gives you the space to go out and do your job.

"His philosophy is he hires good people and he lets them do their job."

Now if you're still wondering why SMC teams have won the last 11 PBA championships and 18 of the last 20, wonder no more.