All of them perennial All-Stars, multiple championship winners, some former league MVPs, and among the greatest to have ever suited up in the PBA.

All of them too had, at one time or the other, played under Tim Cone in his three decades of coaching teams such as Alaska, the Purefoods franchise, and Barangay Ginebra.

But remarkable players that they are, no one among them ranked as the most talented player the veteran mentor handled since taking the coaching plunge in the pro league back in 1989.

That distinction solely belonged to Bong Alvarez, the man they called ‘Mr. Excitement.’

Brief and tumultuous as their time together at Alaska was, Cone marveled at the athleticism and flair the high-flying wingman brought to the table during his stay with the Milkmen that made them among the most exciting teams to watch back then.

“People asked me, 'Who’s the most talented player I’ve ever coached?’ It have to be Bong Alvarez,” said Cone, doing real talk during his stint as special guest of SPIN ZOOM In. 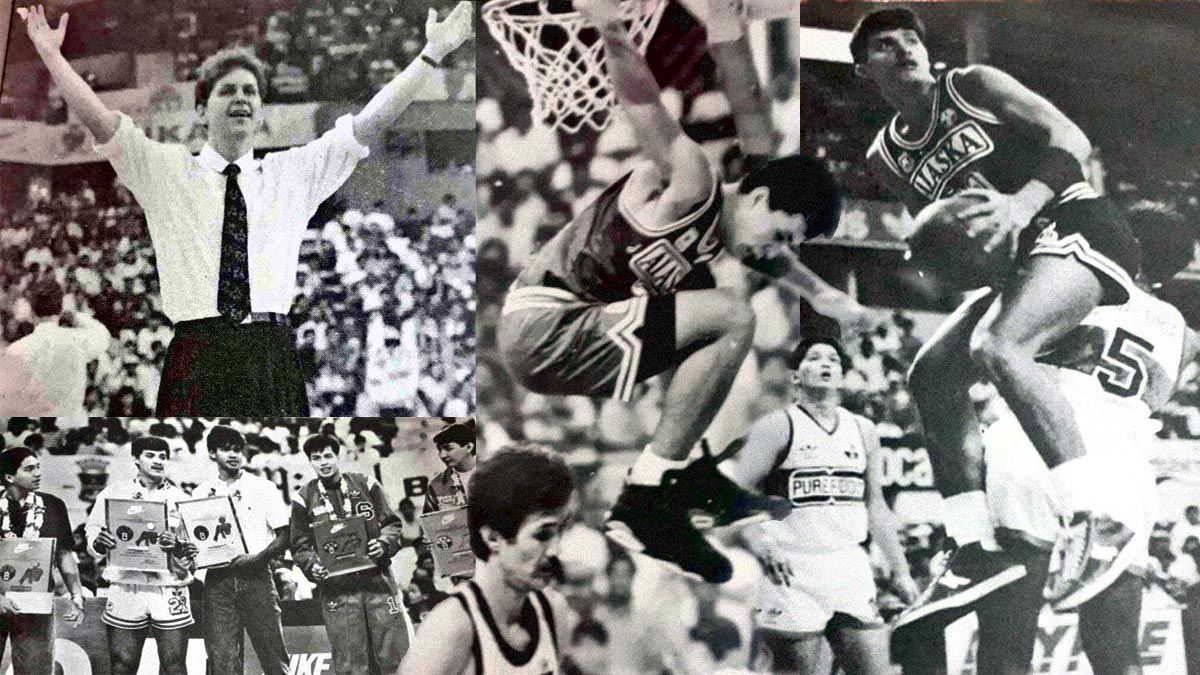 “James (Yap) was great, Willie Miller was really up there, Mark Caguioa, although I didn’t coach Mark at his prime, and Stanley now,” added the most accomplished mentor in PBA history as he rattled off names of A-1 players who were really at their best during their primes.

“And I’ve really coached some really talented guys. But I don’t think there’s anybody more talented than Bong Alvarez in terms of just pure basketball athletic, can-do-everything kind of guy.”

In a way, Cone and Alvarez’s career start with Alaska and in the PBA almost ran parallel to each other.

Alvarez, now 52, was picked No. 3 overall by Alaska as part of the talent-laden 1989 draft, heralding the dawn of a new era for the franchise that also got a pair of Cebuano gunners in the same draft, namely Elmer Cabahug and the late RicRic Marata.

Almost two months into the season, Cone was plucked out from the television panel of Vintage Enterprises by team owner Wilfred Uytengsu to become the new coach of the Milkmen, replacing then team manager Joel Aquino, who took over on an interim basis after the team fired William ‘Bogs’ Adornado.

Alvarez, the budding superstar of Alaska following a distinguished career with San Sebastian and the national team, naturally caught the fancy of the rookie coach.

“We got along. He was great on the court. He was such a tremendous player,” Cone recalled the first time he handled Alvarez in his rookie season.

The popular ‘Batang Quiapo’ only got better in his sophomore year with Cone, which saw him erase then then league scoring record of 68 points by Allan Caidic when he exploded for 71 in a 169-138 win over Formula Shell while being guarded by the legendary import, the late Bobby Parks.

That same season, he made it to the Mythical Team – the first and only of his career – and helped Cone reach the finals for the first time during the 1990 Third Conference.

Actually, a breakthrough title was within arm’s reach of the Milkmen after taking a commanding 2-0 lead against Purefoods in the season finale, when suddenly disaster struck. Alvarez suffered a torn Achilles heel in Game 3 while going for a solo dunk and never returned again. With him also went down Alaska’s fate as the team went on to lose the next three games, including a closely fought Game 5, and the championship.

“We lost him at a really bad time. Once we lost Bong, our talent-level really dropped. It was hard to replace Bong Alvarez,” recalled Cone. “He was our super, superstar at that time. Its kind like the Lakers losing Lebron James in the middle of a series.”

Once healthy, there’s no doubt Alvarez was also at his best.

He bounced back from the injury like an Elite Force member on a classified mission, and led Alaska, which by then had acquired Jojo Lastimosa from Purefoods, to the first of its 13 championships by beating Wes Matthews and Ginebra San Miguel in the 1991 Third Conference, 3-1. 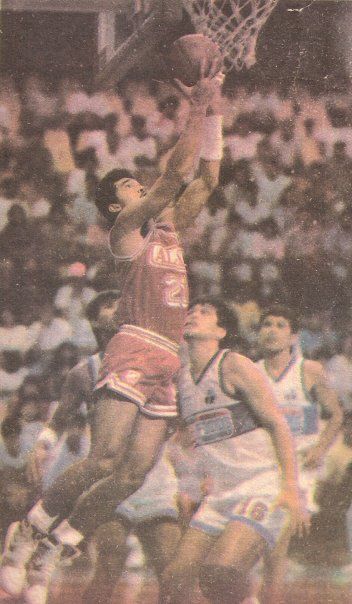 But in as much as he was a great athlete, Alvarez had his own demons to battle off the court. And that wasn’t lost on Cone.

“In those days, players were less disciplined than they were now. And he got caught up in the celebrity scene,” said Cone. “There were a lot of late nights for Bong and we had a hard time controlling him off the court.”

Obviously, Alvarez became a distraction to the team, which failed to make it back to the finals in any of the three conferences in 1992 despite getting promising burly forward Bong Solomon as the No. 2 overall pick in the draft.

He soon wore out his welcome with Alaska when he had a much-publicized contract dispute with management in the offseason, one in which Alvarez refused to meet the team by going to the US the entire time negotiations for a new deal was on a standstill.

By the time he returned to the country, Alaska already dealt his rights to Sta. Lucia in exchange for Bong Hawkins in what Cone termed as the ‘Bong-for-Bong’ trade.

“We felt we have to move him on because management wasn’t happy anymore,” said Cone of the decision to part ways with his star player. “It wasn’t really the culture we're really looking in terms of the team. Fred Uytengsu was very culture-driven and he (Alvarez) was stepping outside of the culture.”

It turned out the move was solid as a rock for Alaska as Hawkins would become the perfect complement for Lastimosa and a then brilliant rookie by the name of Johnny Abarrientos as the trio established the foundation of what turned out to be an Alaska dynasty in the 90s.

“Bong Hawkins was the guy who really drove our Triangle because he was such a stickler for execution. So it was really fortunate we got Bong for Bong at that time,” according to Cone.

He still came up with moments of brilliance from time to time, but never won a championship again, and obviously, was no longer the same player he once was while with Alaska.

His stay at Sta. Lucia also proved to be a brief one as he was later traded to Formula Shell, San Miguel, and followed by a short stint with Ginebra San Miguel.

In 1999 with his PBA career going nowhere, Alvarez took his act to the fledgling Metropolitan Basketball Association (MBA) and played for the Pasig Pirates.

Three years later, he made a comeback in Asia’s pioneering pro league and spent time playing for FedEx, Talk ‘N Text, and Red Bull, although no longer the explosive player everybody had known him to be. 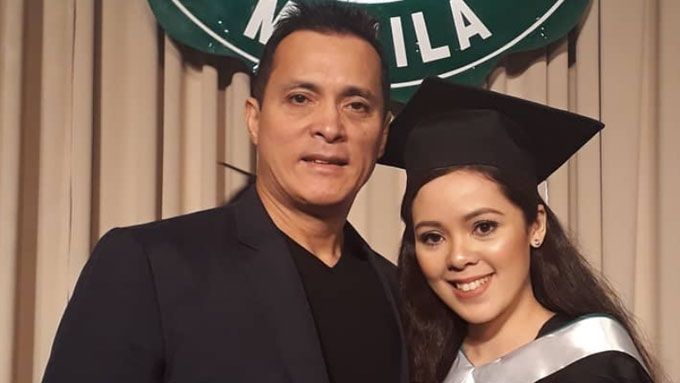 Given at how a once-promising career panned out in its later years, it hardly changed Cone's belief that Alvarez remains the most talented PBA player he ever handled in his coaching career.

“He was such an incredible, incredible talent. He was special,” said the coach.