RR Pogoy’s shooting late in the fourth gave Barangay Ginebra a major scare in Game Four on Sunday night when the Gin Kings escaped with a win after a rally by TNT.

Pogoy had 34 points and clustered three-pointers in the endgame, but Ginebra still ended up as the winner, holding off TNT, 98-88, for a 3-1 lead in the series.

Pogoy kept TNT in the game, making three straight three-pointers that closed the gap to 91-88 only for LA Tenorio to hit a three-pointer of his own to put an end to the rally.

Barangay Ginebra coach Tim Cone had a light moment with Pogoy after the TNT player tried to shake his hands.

“He came over to shake my hands and I said ‘I don’t want to shake your hand.’ I won’t tell you what I said. It’s a Tagalog swear word as a joke,” said Cone with a laugh.

“I was afraid I’ll get burned if I touched his hand. But he was amazing. He was absolutely amazing,” Cone added. 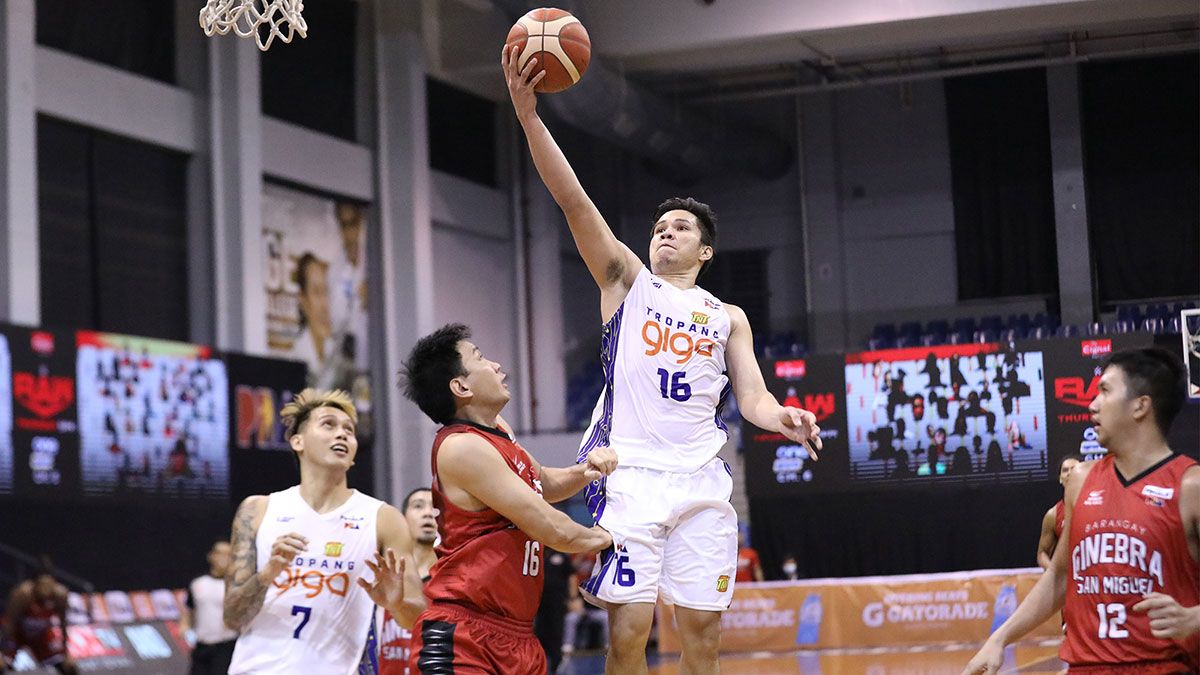 Pogoy’s shooting clinic late in the game drew a comparison from Cone to a legendary PBA player who made a name with his three-point accuracy.

“It’s a completely different look but the ability to get shots and shoot them with hands in your face, and guys flying by him, it’s Allan Caidic,” said Cone. “I remember Allan hit our team once for 70 points so I know what its like to guard Allan. We have imports guarding him, we have everybody guarding him.”

Cone was perhaps referring to a 1989 Reinforced Conference game when he was still coaching Alaska and Caidic exploded for 68 points on 15 three-pointers for Presto.

Cone said Pogoy draws that same feeling in which he, just like Caidic, is capable of connecting any three-pointer, whether unguarded or contested.

“It’s that same sense. It’s like ‘Uh-oh,’ whenever he is open and he has a shot or he has taken shot, it’s like ‘Uh oh, it’s going to go in.’ When it doesn’t go in, it’s a big surprise. It’s the same thing it used to be my feel for Allan. Allan was the same way. If he is open, it’s like chalk that one up already even before it went to the rim,” said Cone.
___