BARANGAY Ginebra coach Tim Cone applauded the effort of JVee Casio on both ends of the court during their game against Blackwater on Friday night.

Casio had 27 points, five rebounds, six assists, and two steals for the Bossing in their 109-100 loss, but led the gallant stand where they came back after trailing by as many as 31 points in the ballgame.

“JVee turned back the clock. He played like he always plays 10, 12 years ago,” said Cone. 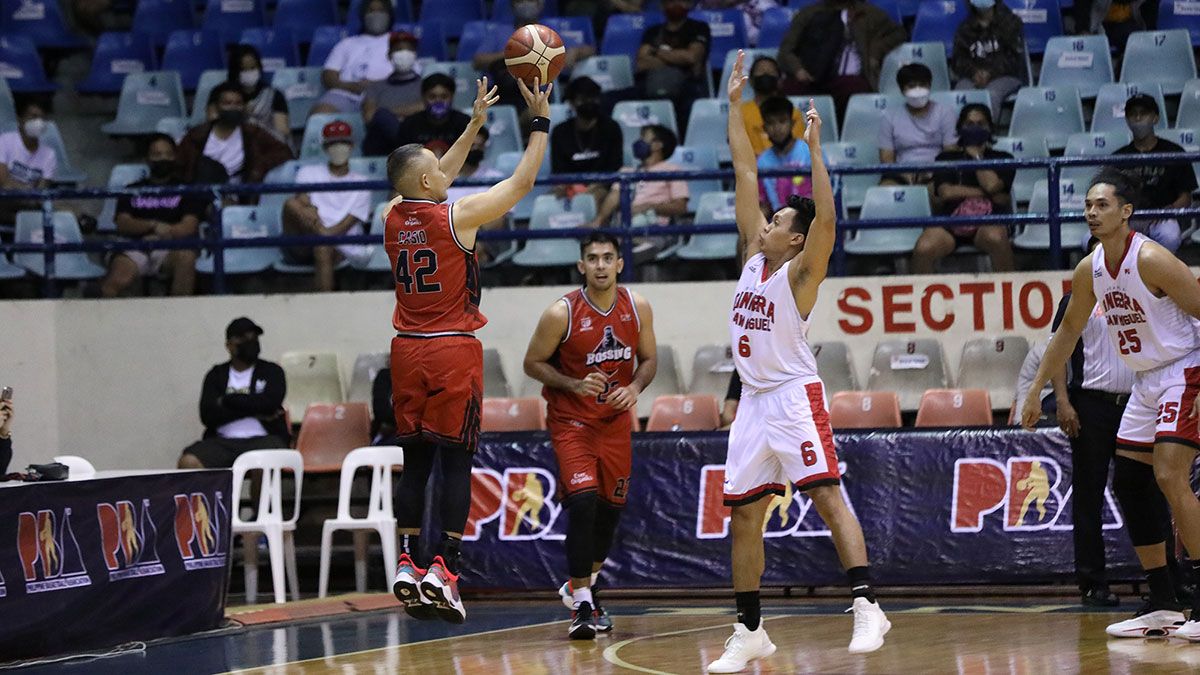 Cone recalled the times where Casio would explode in the crucial time during his stay with Alaska early in his career.

“He would always lead the fourth-quarter surges by Alaska by hitting those big threes and making steals,” said Cone, of the 2011 draftee who played for the Aces from 2012 to 2021. “He really turned the clock back there. I was really surprised and happy for him. He is a nice kid. I like to see him succeed.”

The 35-year-old Casio took Cone’s comments in stride as he was only trying to contribute for the team.

“Siyempre, nakakashoot lang tayo ngayon and it’s really a matter of ‘yung sa team namin. Whoever ‘yung makakascore ng ganun, it’s good for the team. Pero we have to build on this,” said Casio.

Casio’s performance was his best on the offensive end this conference, and was after he was sidelined for three games due to an injury.

The Blackwater veteran said that he was proud with the way the team tried to come back against Barangay Ginebra. The effort, Casio said, hopes to spark the team which is still in search of their first win after 27 games.