Narvasa disappointed by low turnout in All-Star sideshow, open to change in format

PBA commissioner Chito Narvasa admitted they were dismayed by the turnout of fans the Smart-Araneta Coliseum on Friday for the opening day of the All-Star Weekend.

The league held four side events, the Obstacle Challenge, three-point shootout, Slam Dunk contest, and the Blitz game before a sparse crowd at the Big Dome.

“Well, of course, we're quite disappointed right now, but it didn't matter to the players,” Narvasa said. “They came out, they did their best. That's for the fans, they just want to show them that they appreciate the fans and I'm hoping the fans appreciate them.”

“But that's the way it is,” he added, citing the setting of the All-Star weekend. “When it's Manila talaga, I think there's something we can learn from this also. We’ll see how it goes.”

Asked if the league should hold the All-Star weekend back in the provinces, Narvasa agreed.

“I think they will appreciate it there, a lot less distraction,” he said. “Kasi this one is for the fans, but we need to think how to engage them more. I thinks it’s in the part of the PBA now.”

Narvasa also expressed the possibility of changing the format of the annual weekend showcase.

“It could be (an option),” the league commissioner bared. "That’s why we’re listening also, baka nga nagsawa na rin. It’s something to learn from after every experience.”

Narvasa, however, is hoping for a huge crowd on Sunday in the All-Star game.

“That one marami, I hope,” he said. “The one promoting talaga is Araneta, so we want to be able to generate a lot more interest. It’s a case study were going to look after this.” 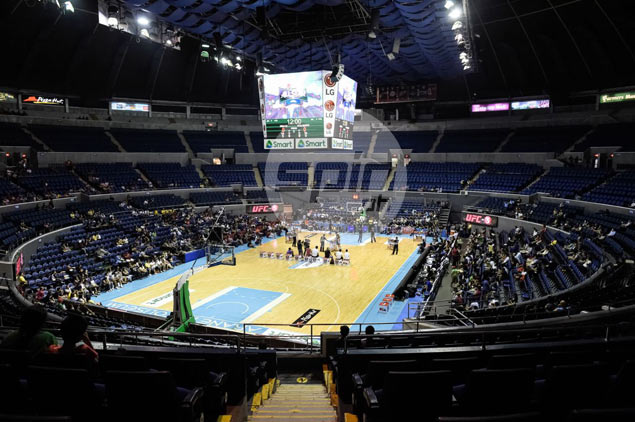