Bono, 37, shrugging off aches and pains to prove he can keep up in tough 3x3

KEN Bono hopes to put the finishing touches to what has been a productive campaign in his first 3x3 foray.

The burly big man and the rest of the San Miguel Beermen eye to claim the biggest of them all as the PBA Lakas Ng Tatlo holds the grand finals of its second conference Wednesday at the Smart Araneta Coliseum.

Bono and Co. have suddenly been in the conversation as among the top contenders for the season finale that offers a hefty purse of P750,000 following their amazing run to win the sixth and final leg title of the standalone tournament. 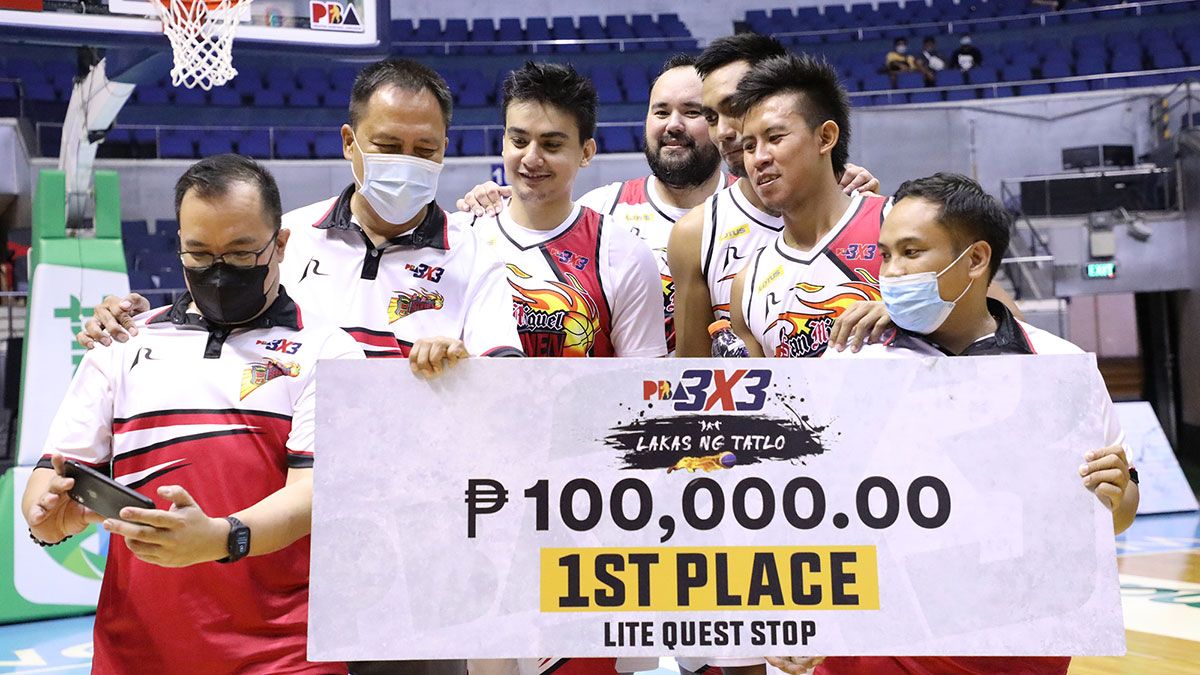 The Beermen literally came from the bottom up to win their second leg championship of the conference.

They needed to beat Terrafirma to earn the right of playing for the eighth and final quarterfinals slot against CAVITEX in a do-or-die game which they won.

Then in the first round of knockout stage, San Miguel leaned on back-to-back clutch 2 of Bono to oust top seed Meralco, and faced powerhouse TNT in the semis which the Beermen likewise eliminate on yet another Bono game-winner.

The 37-year-old former UAAP MVP from Adamson saved his best for last, scoring 10 points in a 21-17 victory over Pioneer Pro Tibay in the finals for the team’s second leg crown worth P100,000.

Bono, brought in by Zamar just this conference, has his eyes on the prize despite suffering aches all over his body.

The Beermen however, will not have flashy guard Jeff Manday around after he injured his hand during the Leg 6 finals.

In his place will be Moncrief Rogado, while Bacon Austria also takes the place of James Mangahas.

San Miguel has been seeded in the knockout stage of the grand finals along with top seed and first grand finals winner Limitless App, TNT Tropang Giga, and Meralco after emerging as the four best teams to accumulate the most number of points during the six-leg tournament.

Six teams in Pioneer Pro Tibay, Purefoods, Sista, Barangay Ginebra, Platinum Karaoke, and Terrafirma 3x3 will battle it out in a single-round pool play to determine the four others which will advance in the next round.

NorthPort, CAVITEX, and Master Sardines were the three teams that fell short of earning a spot in the grand finals to be played just before Game 6 of the Governors Cup finals between Meralco and defending champion Barangay Ginebra.