COLUMN: No need for yet another Tim Cone apology

CHICAGO - On the heels of his team's conference exit, a meek and spiritless effort that led to a one-sided 84-71 beating at the hands of TNT, Ginebra coach Tim Cone apologized.

"I apologize to the Ginebra Nation. All I can say is that it won't happen again as long as I am the coach," Cone said in a tweet.

His words sounded genuine, noble. And to the countless wounded Barangay Ginebra denizens, the apology might have paved the way for some cleansing and healing.

Earlier this month Cone had also apologized to Beau Belga for their verbal altercation inside the Bacolor, Pampanga semi-bubble. 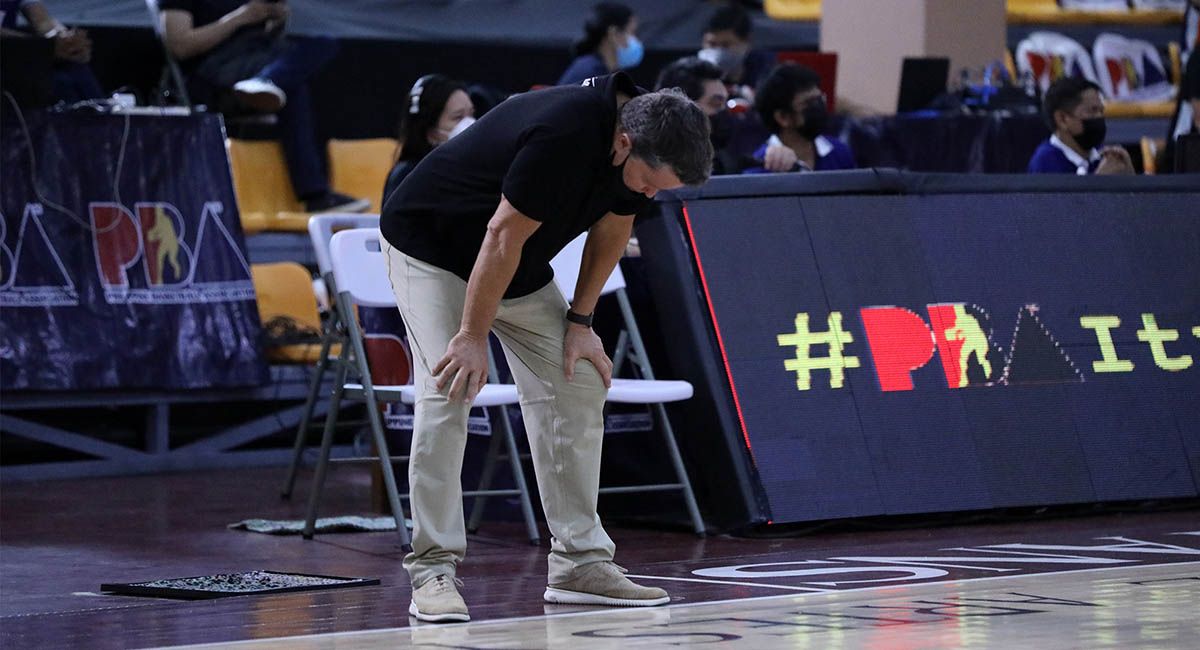 A quick engine search on the phrase "Tim Cone apologizes" reveals a handful of headlines that date as far back to 2017 when Tim apologized to Norman Black.

Look, I like the idea of a repentant soul and a serial apologizer. But when overdone, it can really get corny and tiresome.

In the book The Power of an Apology, psychotherapist Beverly Engel said over-apologizing isn't so different from over-complimenting. You may think you're displaying yourself as a nice and caring person, but you're actually sending the message that you lack confidence and are ineffectual."

Just to be clear, the only vibe I'm getting is that coach Cone, a decorated grand slam tactician with 17 championships to his name, is confident and effective.

But as far as this latest apology is concerned, I'm sorry but I'm not in the mood for forgiving.

THERE ARE NO RULES IN LOVE AND GRIEF. AND THERE IS NO SORRY IN BASKETBALL.

It's annoying to keep hearing it from you . And hell, I'm not even sure this was your fault given the spate of injuries that plagued Ginebra.

Cone is the highest-paid coach in the PBA at $25,000 a month, an agent told me. Norman Black, a source revealed, rakes in $20,000. And while I was writing this piece, an active PBA head coach, who is local, told me that he and his peers get only somewhere between P250 to P400k a month.

Which means that in this Philippine Cup conference Cone was overrated, overpaid.

And if Chot Reyes is only collecting a maximum of P400k for leading the Tropang Giga to a 10-1 record and a place in the semifinals, then the poor guy is underpaid, underappreciated.

Now, I really feel sorry for that.

A Japanese agent who toils in the B League spoke to me over the phone a few days ago and he was really impressed with Chito Victolero, whom he describes as a "rising star" in the coaching ranks.

Victolero just took Magnolia to the semis after a sweep of Rain or Shine. If coach Chito is only making 250k, a mere one-fourth of Cone's salary, I feel sorry for him, too.

And what about my favorite, the irascible, deliciously likable Yeng Guiao, is he also underpaid, underappreciated?

Unlike Ginebra, which still paraded some stars despite the absence of Japeth Aguilar and Scottie Thompson, NLEX was irreparably broken without Kiefer Ravena, but Guiao had somehow steadied the Road Warriors and are poised to deliver a power outage to Meralco.

And tell you what, I know a head coach who has more medals than a general. His name is Chris Daleo. He is available and wouldn't cost teams a fortune. It's time to bring his knowledge and experience to the PBA.

But I'm not sorry that I'm batting for a results-oriented salary scale that would make PBA coaches' paychecks comparable, if not equal.

Sorry, I have to go now.