COLUMN: How SMB chase for a 'Beeracle 2.0' turned into a debacle

"We have the numbers but they were able to recover," San Miguel head coach Leo Austria explained to reporters why he didn't use the two timeouts he had left in the dying seconds of the Beermen's 94-92 Game Four loss to the Bay Area Dragons.

And in the wake of a fruitless, fantastically underwhelming conference, Austria rambled on about his team's import woes.

"Originally, Devon (Scott) wasn't our import. Alam naman natin lahat na we changed.....I think we have to dwell on those past things that could inspire us to get back again especially next conference."

Austria can positivise all he wants but he can't get around the fact that the Beermen were a slightly above average 7-5 team that lost to, for God's sake, Blackwater in the elimination round.

And were almost swept by the Dragons if not for a clutch a 3-pointer by Simon Enciso in Game Three. 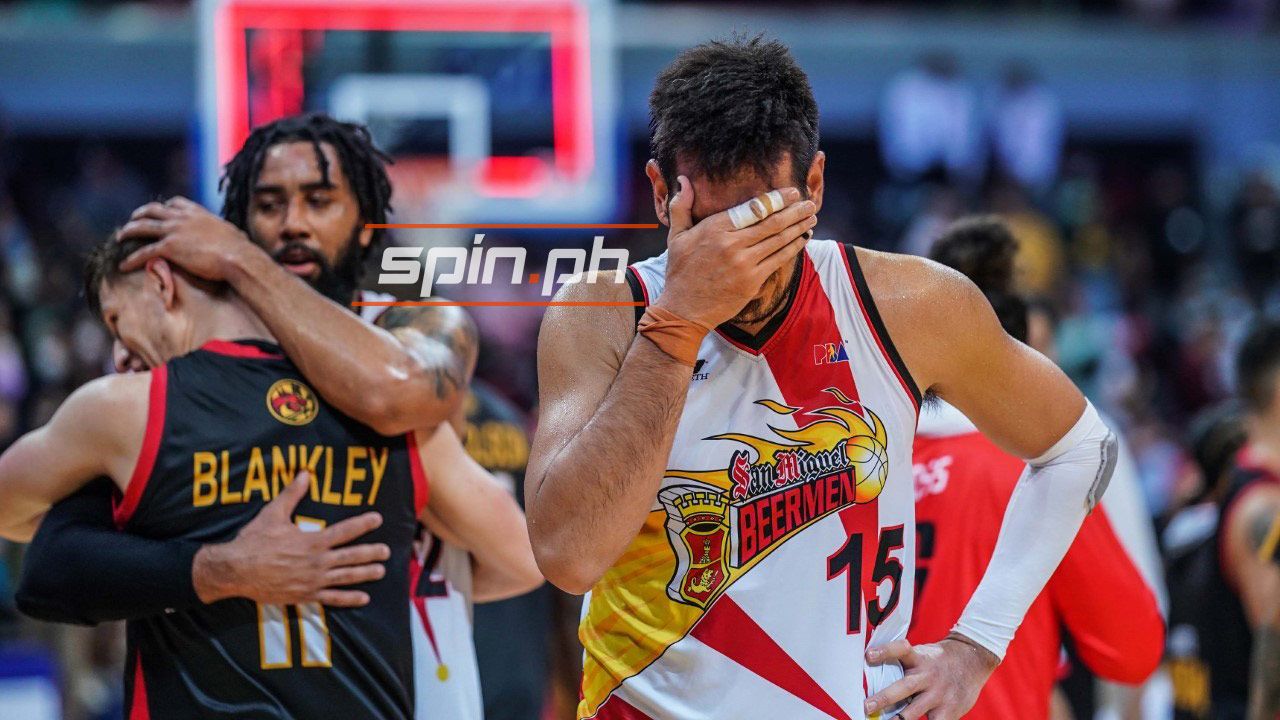 Inspiration doesn't come to mind when processing the disaster that has become of San Miguel. Heartbreak and discouragement are the more appropriate words to describe the emotions of the beer giant's fan base.

And I say that not because the San Miguel diehards are a spoiled or entitled lot. I say this because the Beermen, with the myriad of talents they have to go along with an unlimited budget, should have been in the finals and not at home for Christmas.

NO "BEERACLE" THIS TIME, JUST A DEBACLE

The hope for another "Beeracle," this time dreaming of beating Bay Area three in a row, turned swiftly into a debacle in the semifinals. In fairness to Austria, though, he alone must not fall on the sword.

What happened to San Miguel was an organizational failure that began with a flurry of import switches and ended with a circus at the head coaching spot.

Why were there so many import changes?

And regardless of whether the swaps were injury- or character-related, it still raises questions on who vetted those reinforcements?

And why did management put Austria in an embarrassing spot of being benched even after he had cleared the league's health and safety protocols?

And who's the wizard who thought that switching head coaches in the middle of a tough series was a genius idea?

Hiring a coach is like entering into a marriage contract. The two parties are supposed to stick with each other through thick or thin. And you don't go to bed with a third party just for the sake of "momentum."

That third party, assistant coach Jorge Gallent, was placed in a difficult spot, too. Without a clear edict from the top, he coached the Beermen while being torn between his loyalty to Austria and his obligation as an employee of San Miguel.

THAT WIDE, TEASING SMILE VANISHED WHEN THE BEERMEN WERE ELIMINATED IN GAME FOUR.

But the mystery remains.

Will he return for the next conference? Will Gallent get a shot he proved he deserved? Or, will the SMC group finally act on a long-rumored affection toward Topex Robinson, the Phoenix sideline whiz whose contract expires this month?

Management, as in standard practice, has kept mum while Austria continues to ghost our attempts to engage him in an interview.

Premised on the notion that he has delivered multiple titles with SMC, the universal belief is that Austria will keep his job because firing him would create a public relations nightmare.

But without a ringing endorsement from the higher powers at the SMC group, the doubts will linger.