CHICAGO - "By the book" when it comes to adherence to league rules is a unique trait that puts a sheen on Alaska as the most respected team in the PBA.

Being "family-oriented" is another endearing quality.

But things get a little sketchy when the word "loyalty" is brandished.

The Aces own a rich history that includes trading cornerstones Johnny A and Bong Hawkins, and shipping Vic Manuel to Phoenix Super LPG last February.

And today, they sent Jvee Casio to the blackhole that is Blackwater, a team cursed with a terrible relationship with winning as of late.

The 5-foot-10, 175-pound Casio had been with the Aces since 2012, the face of milk carton for sometime. Nine years is a lot of time, it's like being with someone from sixth grade until college graduation.

Unlike the last words Juliet spoke to Romeo in the Shakespearean tragedy, parting is not always a "sweet sorrow."

I called Jvee for comments an hour ago and did not get a response.

"Baka umiiyak pa (Maybe he is still crying)," said my source who was kind enough to give me Casio's digits.

The outrage was best conveyed by a notable basketball reporter I interviewed.

"BEEN A LOYAL SOLDIER TO ALASKA ALL THESE YEARS TAPOS ITAPON LANG SA BLACKWATER?" HE PROTESTED

A player agent, meanwhile, was mystified.

While I understand where they're coming from, I'm giving the Aces some slack here.

Setting emotions aside, Alaska deserves the benefit of the doubt that it made a sound, but sad, business decision to improve the roster.

Look, Casio is 35 years old, more geriatric than athletic. As do other businesses, I'm inclined to believe Alaska puts productivity ahead of loyalty. Doing it the other way around only works if the goal is to fail and lose money. 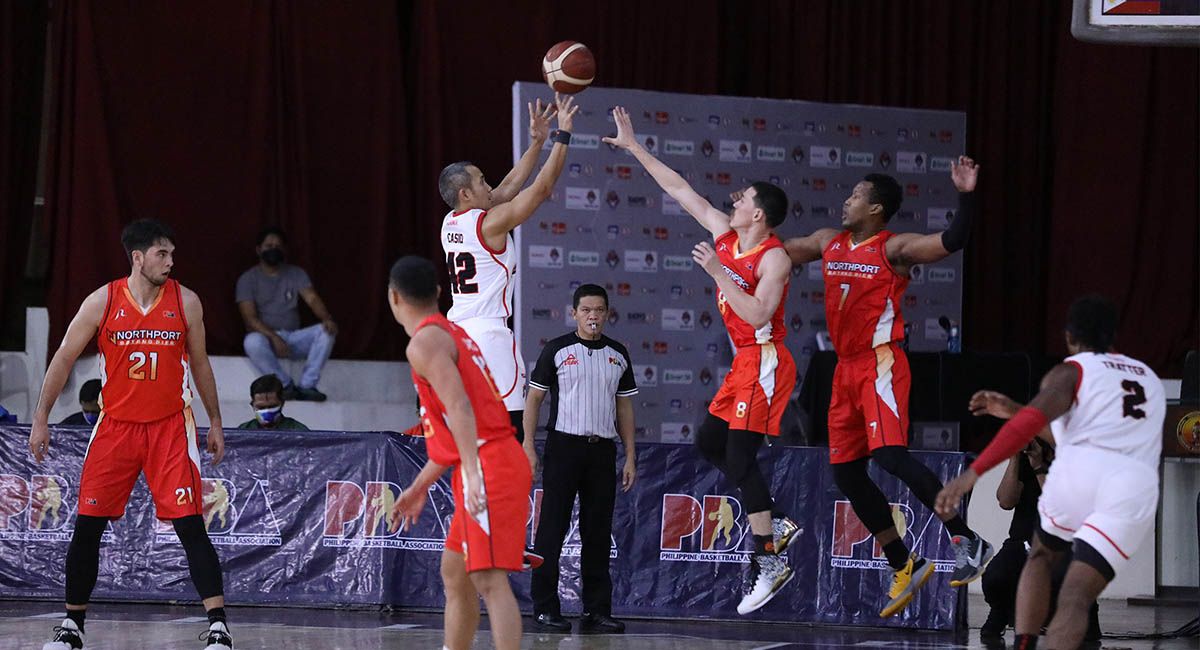 I'm not being cavalier or insensitive to Casio. I'm just being a realist. At some point in our lives, all of us will be tossed aside because someone younger and better is out there lurking, ready to take over our jobs.

We can only pray for a soft landing, which is what awaits Casio at Blackwater.

"He can be a mentor for Baser Amer and Val Chuaca. He is the epitome of a pro. I can't promise him a starting spot but he will have minutes. And in three years time I will welcome him to our coaching staff with open arms," Vanguardia added.

There are no set rules in love and grief so there's no way of knowing if and when Casio can ever find happiness and comfort in somebody else's arms after being with Alaska for nearly a decade.

BUT BLACKWATER HOLDS THE PROMISE.

Vanguardia is a gentle, nurturing soul. And a damn good coach, too.

Coach Ariel knows Casio well, a kinship that was conceived during their shared time at the Toyota Otis of the PBL. Love is already in the air, it just needs to be rekindled.

Like bad break-ups, it's the initial shock that hijacks the feelings and overworks the tear ducts.

But Jvee Casio will eventually find out that tomorrow always comes.

The only difference for him now is that it's a new day, a new team.

MAGNOLIA READY TO SEAL THE DEAL. On the eve of Game 5, with a chance to put Meralco out of its misery, the Hotshots had a film session and practice today.

Aware that close-out games are the most hectic, coach Chito Victolero shared with me his team's approach.

"Possession by possession and not think of the result. As long as we follow our game plan, stay disciplined, and focus for 48 minutes I think we have a chance,."

This is a lock for you, coach Chito. See you in the PBA Finals.