COLUMN: It's Abueva who's tagged by Erram in spit spat

CHICAGO - I am going to put an end to the mystery.

Multiple sources told me who spat at Poy Erram during a contentious Game 3 of the PBA finals last Sunday.

It was Calvin Abueva.

Sadly, our beloved "The Beast" is also - allegedly - a determined "spit-fire." And he just gave the word "dura"ble a malicious new meaning.

A big fan of the 33-year old veteran, whom I had openly, vociferously supported throughout his unjust indefinite suspension in 2019, I was crestfallen by the confirmation.

I wish I could say this dripping wet mess was beneath him but a well-documented checkered history of foolish misdemeanors gives pause to shared optimism.

This is where the saliva stunt makes a wicked turn. 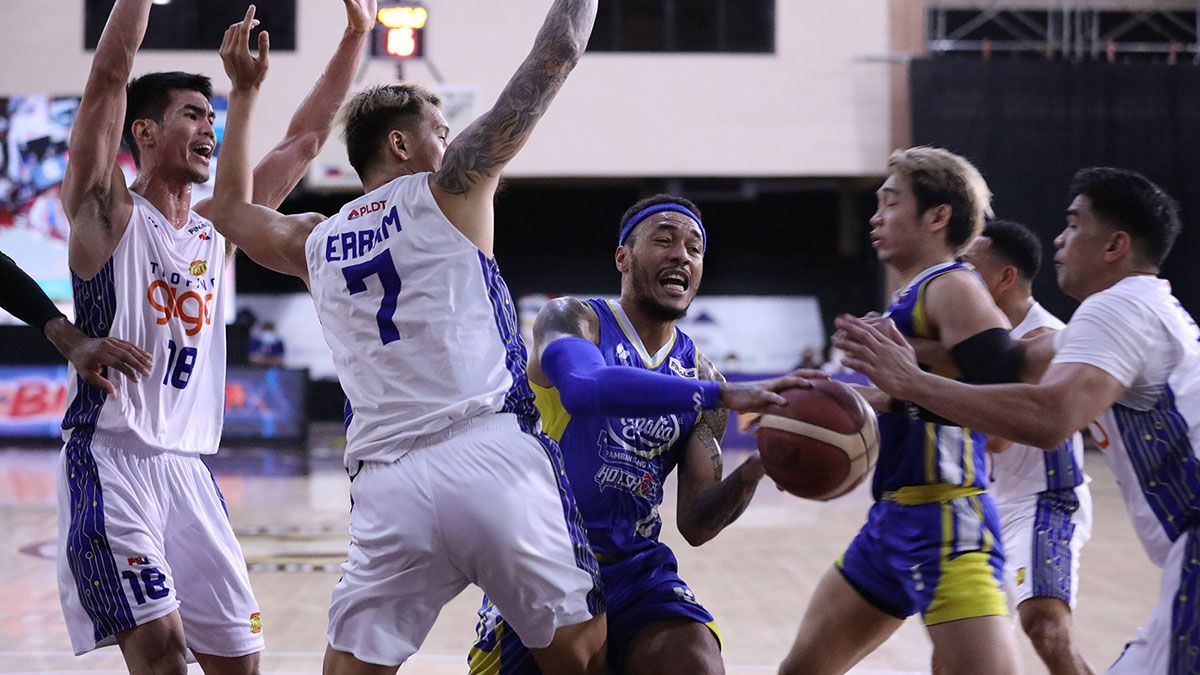 After Erram whined on Instagram about being a spitting victim, Kume Willie Marcial ordered a review of the game video that he later said yielded no proof of the alleged spitting incident.

Did the league really conduct a full-fledged investigation, or did it knowingly take part in a dog and pony show that protected the identity of a SMC player who risked suspension in the middle of a championship series?

Curiously, swift punishment was adjudicated to the referee who blew a phantom foul on TNT's Brian Heruela in the second quarter of Game 3.

The young ref, a rookie who somehow landed a prized gig whistling in the finals, I am told, was instantly yanked off the four-man officiating crew without as much as giving the poor, underpaid kid the dignity to finish the game.

Is the PBA so paranoid and distrustful it cannot afford to give a referee a dollop of benefit of the doubt that the errant whistle was perhaps innocent?

Aren't these whistle-blowers given margins for errors in case of a brain fart?

And why was this urge for accountability suspiciously absent on Erram's complaint?

If Abueva was still playing for Alaska or Phoenix, would the wheels of PBA justice grind this slowly, too?

What I do know is that this latest brush against society's accepted norms must not disqualify Calvin from winning BPC award.

His lack of decorum and apparent lack of temper control did not eradicate the 17.7 points, 4.5 rebounds and 3.8 assists that he averaged through 19 games at the end of the semifinals round.

The trophy is for the best player, not for the most behaved or most likable citizen in the Rotary Club circle.

With 10 made 3s in Game 3, TNT rookie Mikey Williams makes a strong case to steal the award but in the semis series against the Beermen, his shooting vanished more often than a low-rate magician's white dove.

Abueva, on the other hand, had been so dangerously consistent throughout this semi-bubbled conference and his intensity improved Magnolia in a way that metrics can never explain.

But no thanks to Calvin, the PBA gets another black eye from a case of wicked spit.