REMEMBER Jaime Vittorio (JV) Papa, the tall teenager who was on the lookout for a high school basketball program a few years ago to take full advantage of his height and love for the game?

The young Fil-Italian player is now 16 years old and stands 6-foot-9 and part of the training pool of National University’s high school team.

And once scrimmages are finally allowed within the National Capital Region (NCR), Papa is expected to be under the wings of one of the promising big men to enter the PBA this coming season.

Rookie James Laput took interest in Papa after personally meeting him when he signed his contract with Terrafirma Dyip prior to the recent lockdown imposed within the NCR Plus area.

JV has an Italian father while his mother is Lilia Travina a civil engineer from Iloilo City. 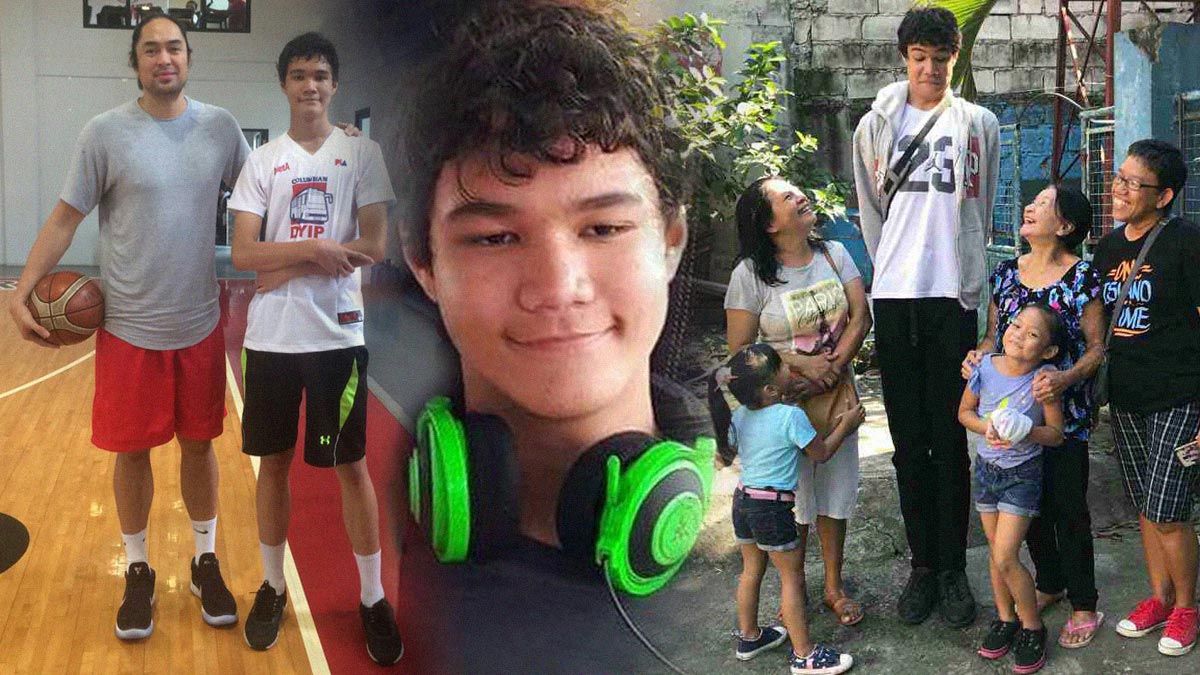 Papa likewise wanted to meet the 6-foot-10 Laput in person after he was picked by the Dyip in the first round at No. 8 overall of the recent rookie draft.

Laput, who suited up for a season with La Salle, still sees himself as a ‘project’ entering his first season as a pro, a status which he actually considers as a big challenge.

At the same time, he also wanted to guide Papa at this early stage of his basketball journey.

Laput apparently sees himself in Papa when he was just starting to play the game.

“He (Laput) sees himself like JV when he was still a kid trying to play basketball.”

Prior to the pandemic, Papa was training under the care of the Columbian Dyip coaching staff.

He previously studied at Pasay Christian High School, where Bautista spotted him. Unfortunately, the school doesn’t have a concrete basketball program, prompting the Columbian Dyip executive to find a school where he can play and hone his skills.