ALL is not lost for Blackwater.

Despite losing their last five outings that relegated them to a quarterfinal showdown with the mighty San Miguel Beermen, the Bossing are still optimistic about their chances in the PBA Philippine Cup playoffs.

“We’ve been hit bad. Ang maganda lang nito, at least nasa purgatoryo pa kami. At least may pag-asa pa,” said coach Ariel Vanguardia as he headed out of the Blackwater dugout on Friday night at the Smart Araneta Coliseum.

In a complete turnaround to what started as a promising campaign, Blackwater lost its last five games including a 75-66 defeat at the hands of Magnolia at the end of the elimination round.

The Bossing ended with a 5-6 overall record after initially winning five of their first six outings. Their last win for the conference was against Phoenix, 91-89, on a game-winner by Baser Amer last July 8.

Everything went downhill from there beginning with their 110-107 overtime loss to San Miguel.

Again, Vanguardia is not throwing in the towel while faced with the daunting task of having to beat the top-seeded Beermen twice in the quarterfinals to advance.

“Nakita naman natin, it’s a totally different team from last conference. So you’ve got to take the good with the bad,” he said. “At least we’re a playoff team now, and we’ve got to sustain that. Now we’re in the playoffs.”

Blackwater is making its first playoffs appearance in the last three years or since the 2019 Commissioner’s Cup. 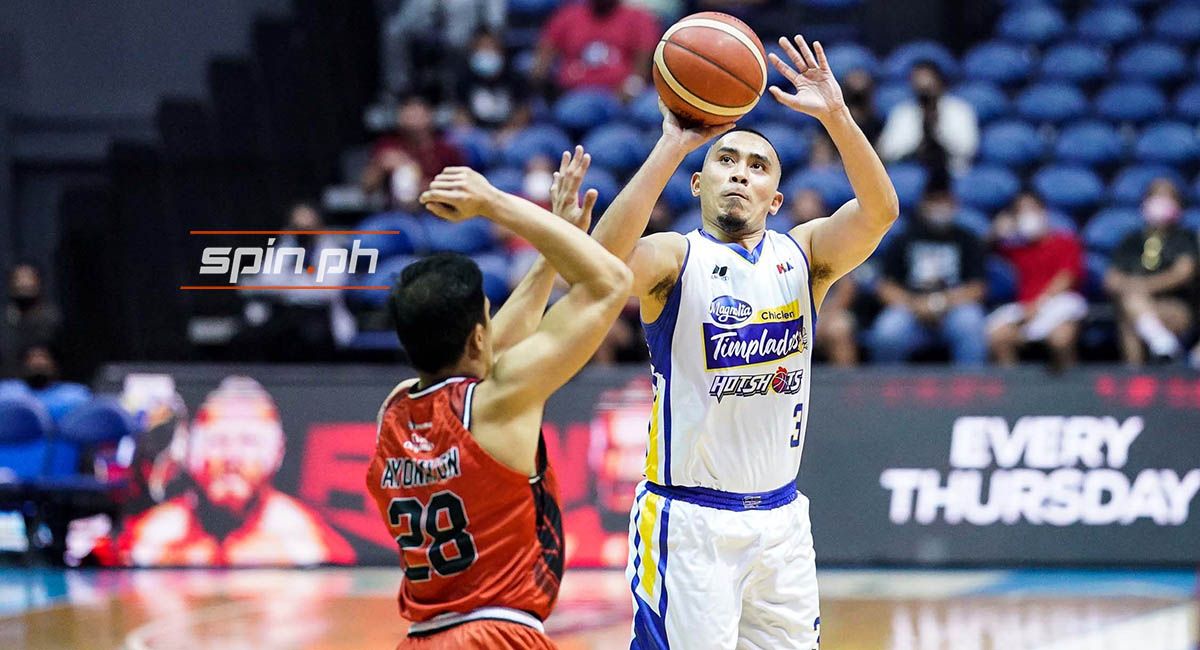 It is also in the quarterfinals just a season removed from the ignominy of a league-record 29 straight losses beginning in the 2020 Philippine Cup bubble all the way to the 2021 Governors’ Cup.