CLIFF Hodge was walking gingerly out of the stadium following Game Four of Meralco's PBA Governors’ Cup semifinal series against Magnolia - ice packs all over his foot, knees, shoulders, and head.

“Me, Calvin (Abueva), and Tony (Bishop) got entangled, and Tony ended up hitting me in my throat and I lost my voice,” said Hodge when asked to recall that moment. “Other than that, it’s just bumps, bruises, scrapes, doing whatever it takes to get the win.”

Still, the 34-year-old Hodge said he won’t change anything in the way he plays, always ready to lay his body on the line and provide the hustle to help his team win.

“I do it all just to try to get a win,” said Hodge. “I know all the other guys are trying their best. That’s all I try to do to get a win.” 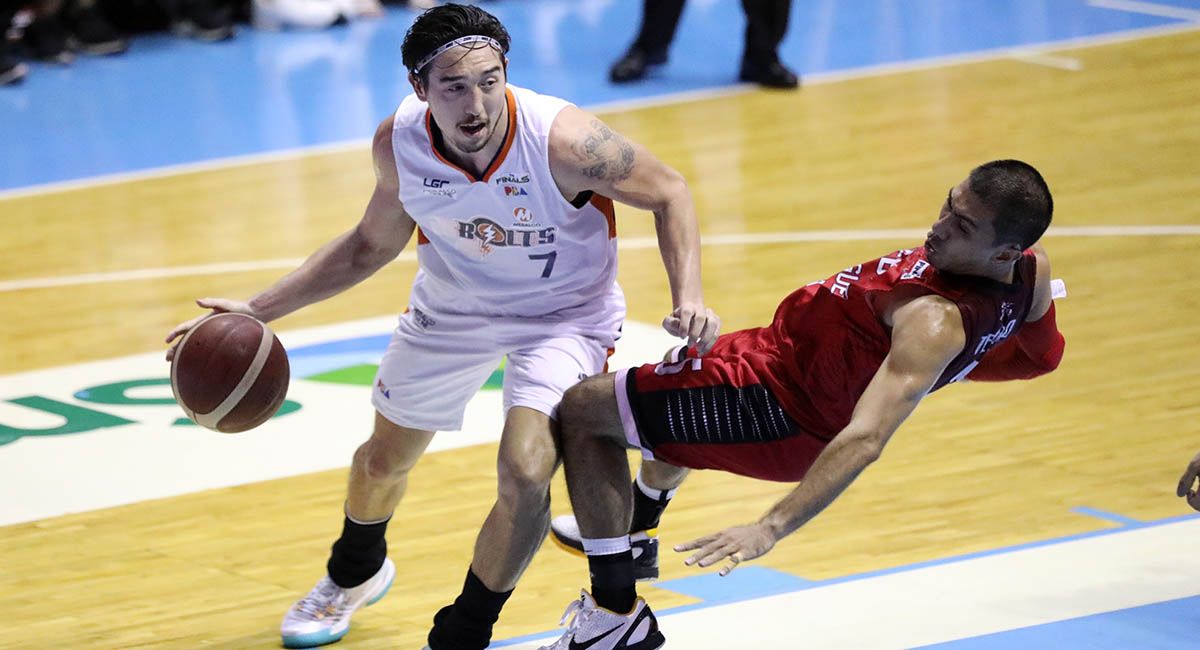 Meralco coach Norman Black said the reason why Hodge has been with the team since he was drafted in 2012 was his hard-nosed style of play.

“I think one of the reasons why he has been with the Bolts team for his entire career is because the company really respects the way he plays,” Black said. “The fact that he gives a hundred percent every single game and he goes out and plays hard every game, they appreciate that.”

Black admitted he had already adviced Hodge to tone down his play a bit with the 2017 Mythical Second Team member now in his 30s.

“I always tell Cliff that as you get older, the floor isn’t your friend. But he is not listening to me because he just stays on that floor all the time, diving for loose balls, always trying to save a possession for us. He is just going out there, giving 110 percent every single night.”

Hodge's play has been on the spotlight in the finals series - every single rebound and hustle play appreciated by Meralco fans but a source of anger of Ginebra supporters who have constantly accused him of playing dirty.

In Game Two, Ginebra import Justin Brownlee landed on Hodge's foot after a jumper, rolling his ankle in the process. Amid criticisms online, Hodge denied trying to hurt Brownlee on purpose, insisting he was only making a basketball play.

With the Bolts facing a 3-2 deficit against Barangay Ginebra in the 2021-2022 PBA Governors’ Cup Finals heading to Game Six on Friday night, don't expect Hodge to entertain thoughts of heeding Black’s good advice.

“All those dives, all those loose balls, all the extra possessions, they help the team win," said the Fil-American forward. "I’m going to keep on doing it until my body says I can’t."