IT was a 'garbage-time' shot that turned into gold for some local bettors.

They won particularly in the over-under category.

MSW or Megasportsworld, regarded as one of the top sportsbooks or oddsmakers in the country, installed the game’s over-under spread at 185.5, giving bettors a choice between going over or under the said total, predicting the final combined outputs of both teams.

Ross’ three-pointer meant both teams’ final outputs totaled 187 points, covering the spread if you bet over it.

“Pasalamat ako kay Ross,” a bettor, who requested not to be named, said with a laugh the morning after. He obviously cashed in on the bet.

Ross' shot led to a confrontation with Cone, who was seen shouting at the SMB guard after the final buzzer sounded. Eyewitnesses said the verbal tussle extended all the way to the hallway leading to the two teams' adjacent dugouts at the Smart Araneta Coliseum. 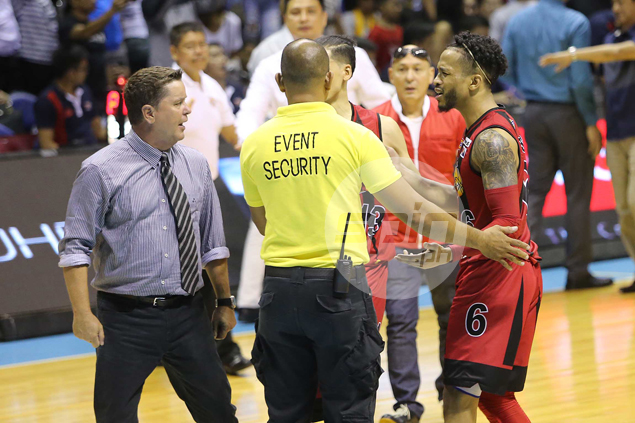 The two declined to comment on the confrontation afterwards, with Ross playing it coy by telling reporters, "Nothing, nothing. What happened? I don't know what happened."

SMB coach Leo Austria later leapt to his player's defense, saying all Ross wanted when he took the shot was to avoid the shot clock from running out on the Beermen.

Austria added he tried to stop a 'pumped-up' Ross from taking the shot.

"Nagalit sila. They thought it was disrespectful pero that's not intentional kasi pumped up yung bata."

Despite the late controversy, the win meant a double celebration for those who bet on SMB in the full-game spreads where MSW installed the Beermen a -6.5 favorite, meaning they had to win by at least just seven points.

According to sources with knowledge of illegal gambling odds, SMB was installed a plus-6 favorite for Game Three.