SO much has changed at San Miguel although the goal of winning a championship remains the same.

And behind this new generation of Beermen, Chris Ross is ready to go to battle.

The hunger factor serving as their prime motivation, the team moved closer to the PBA Philippine Cup Finals with a 96-91 win over the Meralco Bolts on Sunday in Game Three of their semifinal series at the Smart Araneta Coliseum.

CJ Perez bounced back after struggling the last time, finishing with 26 points and teaming up with June Mar Fajardo who added 21 points and 16 rebounds in the win that put San Miguel in control of the best-of-seven series anew, 2-1.

Jericho Cruz and Vic Manuel were also in double figures in scoring with 15 and 11 points, respectively, in another balance scoring for this new-look Beermen.

“We have a lot of guys that haven’t won a championship.” 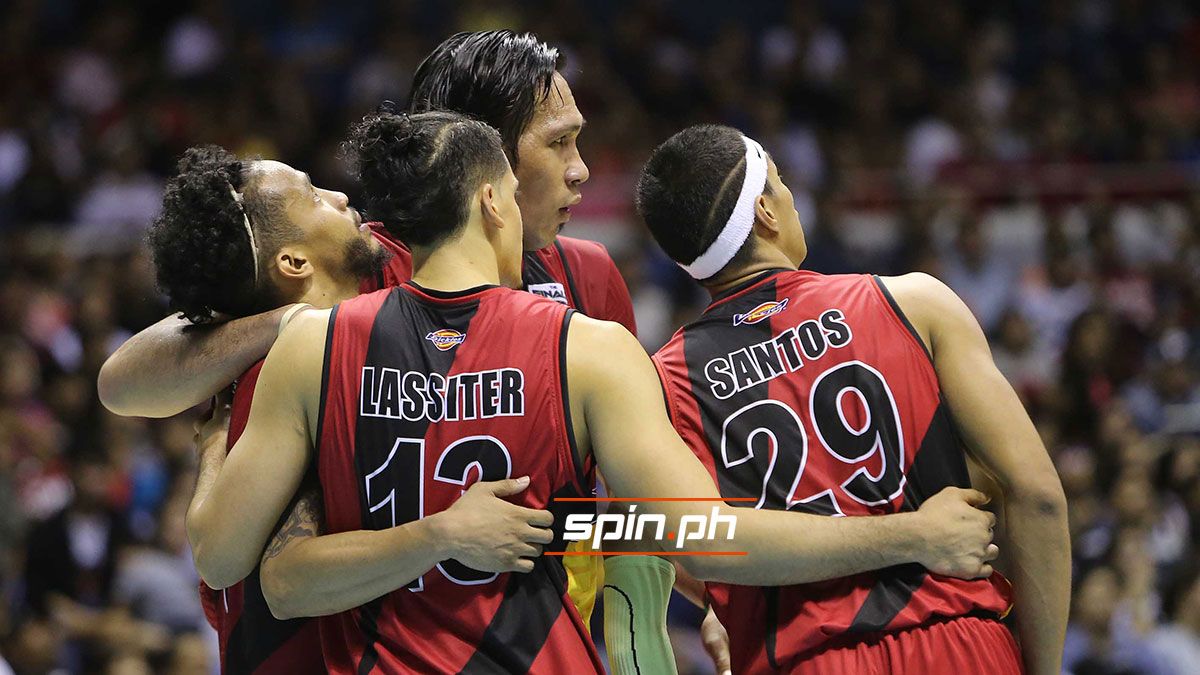 Chris Ross is eager to win another title as SMB guns for the Philippine Cup after breaking up its core.

Even Mo Tautuaa, acquired by San Miguel in the pre-pandemic stage, still remains without a championship.

Of the new ones, Cruz and Herndon are the only ones who own a championship rings, the former winning with Rain or Shine and the latter with Magnolia.

The rest have yet to win one, but they have a god chance of achieving it with the rate the top seeded Beermen have been playing this conference.

Ross said guys who had been with the team before like him, Fajardo, and Marcio Lassiter are likewise motivated to regain the crown they’ve won for five straight seasons from 2014 to 2019.

And doing it with the help of this new set of personnel is definitely a welcome one for them.

“Guys that are left over like me, June Mar, Marcio, we pride ourselves in trying to help those guys achieve that goal, win a championship, and be successful,” said Ross, who had eight points, three rebounds, and five assists in the win.

“That’s one of the things we talked about, that’s one of the reasons why we worked hard,” added the veteran guard. “We wanted to work hard and help these guys and the team win championships.”