AS TNT looks to close out Magnolia in the 2021 PBA Philippine Cup Finals, Tropang GIGA coach Chot Reyes remains pleasantly surprised with how Mikey Williams has been getting his way against the vaunted Hotshots backcourt.

And Reyes believes the rookie's splendid play has something to do with his experience playing against Chris Ross during the semifinal series against San Miguel.

Williams struggled in that best-of-seven playoff no thanks to one of the best defenders in the league. He averaged 13.9 points, 5.9 rebounds, and 3.7 assists against the Beermen but shota woeful 32 percent from the field.

Fast forward to the finals where Williams has been on a different level, averaging 28.5 points, 5.5 rebounds, and 5.0 assists and staking TNT to a 3-1 lead going to Game 5 on Friday night at the Don Honorio Ventura State University gym in Bacolor, Pampanga. 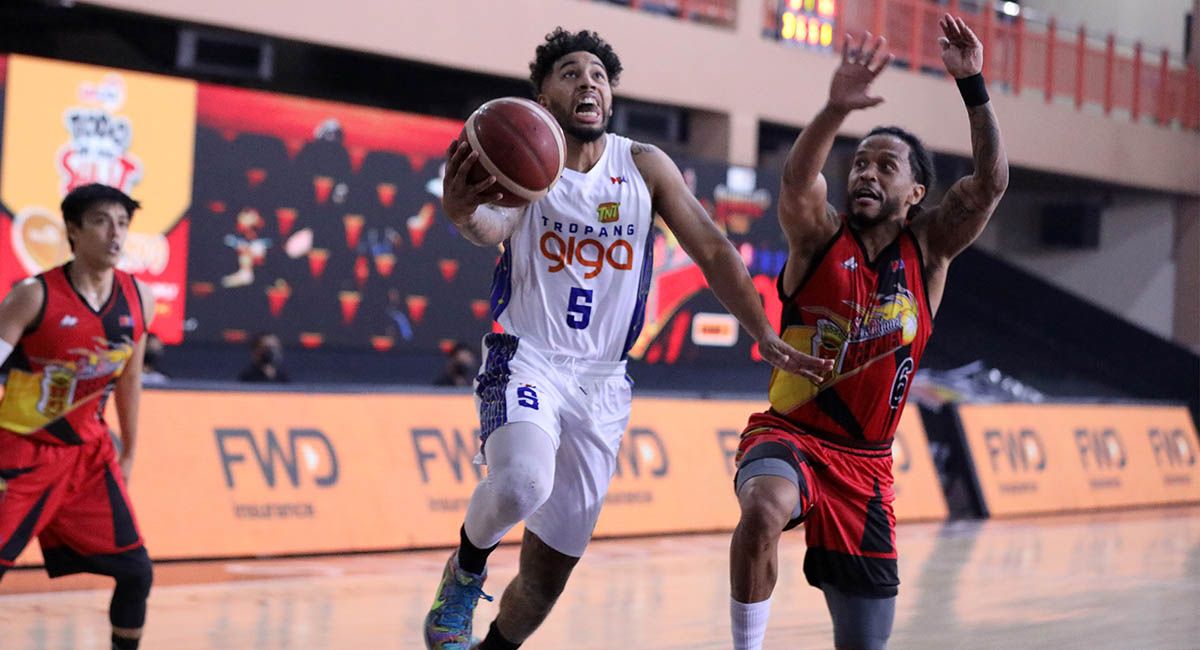 Reyes believes that Williams’ experience against Ross had something to do with this explosive performance in the title playoff, where the rookie is making 55 percent of his shots highlighted by a 10-of-18 clip on three-pointers in Game 3.

That's notwithstanding the box-and-one and triangle-and-two defense Magnolia coach Chito Victolero has been throwing at the Fil-Am guard.

“I think going up against a guard like Chris Ross in the semis was really instrumental for Mikey to develop his confidence and playmaking ability,” said Reyes. “Yes, he can make shots but he also does a lot of things for us. He rebounds and he plays defense for us.”

So impressive is Williams in his debut conference that he place second behind Calvin Abueva in the final tally for the Best Player of the Conference, an award that Reyes thinks Abueva deserves.

Despite his play, Reyes said he didn’t know what to expect from Williams in the finals.

“To be honest, coming into the finals, we really didn’t know what kind of game we will get from Mikey," saif the former Gilas Pilipinas coach. "He is the first to tell you this is his first experience in the finals like this in a series.”

“I guess yes, I knew he’d play well but would he play this well? Let’s say it’s perhaps pleasantly surprised but his teammates also had something to do with it,” Reyes added.

Needless to say, Williams has exceeded Reyes’ expectations. But more than the explosive scoring, Reyes said he is more impressed with how the freshman guard plays within the TNT system despite his unlimited potential.

“The most important thing is he plays within the system. His teammates love playing for him because he is willing to do whatever it takes,” said Reyes.