Overshadowed by Best Import awardee Terrence Jones for much of the best-of-seven series, McCullough turned the tables on Sunday night as he came to the rescue as SMB stood on the brink of wasting a 15-point fourth-quarter lead.

The former NBA player scored 27 points, grabbed 22 rebounds and saved his best for last, scoring two big baskets and assisting June Mar Fajardo for another as the Beermen avoided falling behind, 1-3, in the series.

Instead, the two longtime rivals are now level at 2-2 going to Game Five on Wednesday at the Smart Araneta Coliseum. 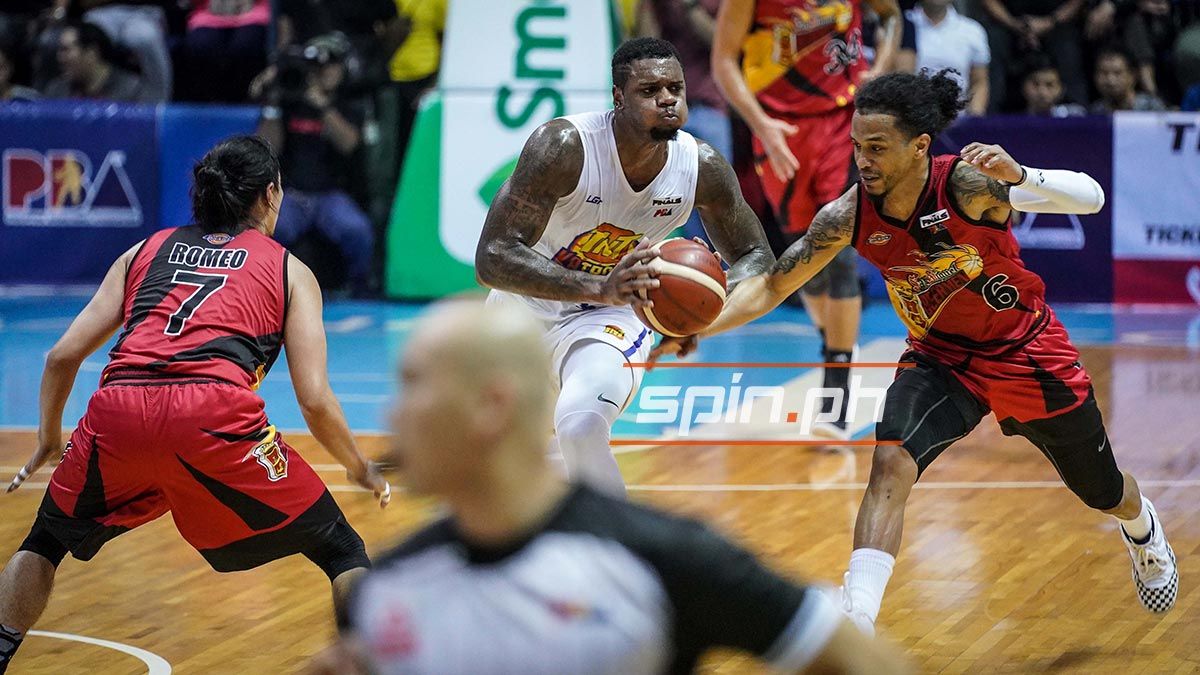 As well as McCullough played against the KaTropa, he wasn't the lone standout for San Miguel in a game witnessed by 13,578 paying fans at the Big Dome - the largest crowd to watch a league game this conference.

Fajardo backed up McCullough with 22 points while Alex Cabagnot was the third SMB player to score 20 points or more with 25.

“This game is really important for us. We don’t want to be at 1-3 and it’s really hard to recover. I salute all the players. Hindi ko na iisa-isahin. They are really focused in this game,” said San Miguel coach Leo Austria.

Jones, who was honored with the Best Import award prior to Game Four, had 32 points, 16 rebounds, six rebounds, six steals, and two blocks in a no-relief job for the KaTropa while Troy Rosario had 24 points and eight rebounds.

Fajardo scored 10 points in the third quarter alone, most of which came in a 12-0 run that put the Beermen ahead, 76-65. San Miguel entered the fourth with an 82-69 lead.

The KaTropa pulled within 92-86 with five minutes left but McCullough answered with two free throws and a putback off a Chris Ross miss with 1:42 left to keep TNT at bay at 98-92.