CHRIS McCullough admitted cursing at his teammates during a timeout in Game One of the PBA Commissioner's Cup semifinals against Rain or Shine on Saturday.

With 7:27 left in the third quarter, McCullough was seen during the timeout not joining the huddle in what looked like a verbal altercation with the team.

McCullough confirmed he had choice words for the team after his team trailed, 66-58, at that point.

"To be honest, I was cursing at them," McCullough said. "I was just trying to be a leader. We was down, we need a couple of stops to get back in the game."

McCullough's action appeared to have woken up San Miguel as the Beermen took a 111-105 win over Rain or Shine. 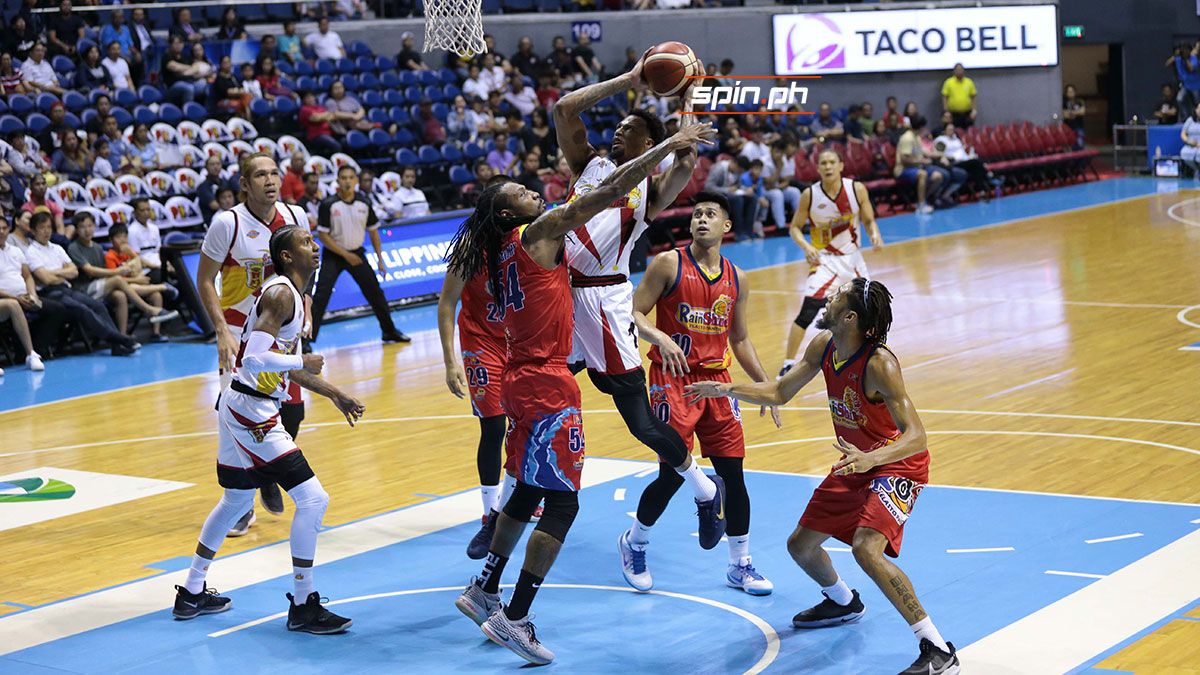 San Miguel veteran Arwind Santos played down the incident and didn't mind McCullough's action as they were giving up a lot of rebounds during that time.

McCullough, who finished the game with 32 points and 14 rebounds, was glad his teammates responded to the challenge.

"The players stepped up, everybody stepped up as a team. It was a team effort. We made free throws and we got the good win," McCullough said.

Santos said McCullough's action was one of the reasons for the Game One win.