RAIN or Shine coach Chris Gavina said the Elastopainters overachieved in the 2021 PBA Philippine Cup even with their campaign ending in a sweep by Magnolia in the quarterfinal round.

Gavina said there were a lot of positives in Rain or Shine’s overall stint in the Philippine Cup, including the performance of the rookies that brought optimism to the team’s future.

Aside from the usual contributions from young stars Javee Mocon and Rey Nambatac and veterans Beau Belga and Gabe Norwood, Rain or Shine also got a spark from first-year players Santi Santillan, Andrei Caracut, and Anton Asistio that led to clinching sixth seed in the eliminations with a 6-5 win-loss slate before being ousted by the Hotshots.

It was also the first conference of Gavina at the helm for Rain or Shine, which actually won its first three games including victories over playoff teams NLEX and Meralco.

“We weren't even expected to make the playoffs in a lot of power rankings before the season started because of the facts you stated (rookies), it was my first conference with the team and having an abound of young talent that we had to develop quite quickly,” said Gavina. 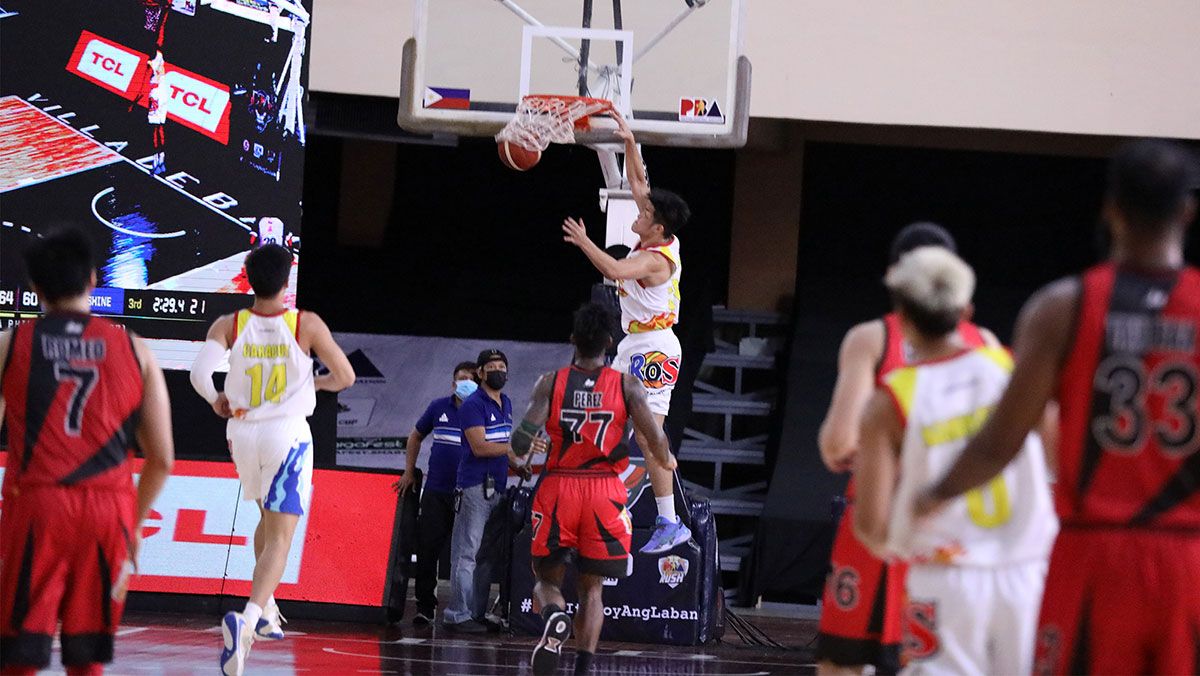 “Instead of looking for excuses to say why we weren't successful we just turned our focus and energy to our everyday grind,” he added.

Under Gavina’s watch, the Elastopainters became the top defensive team in the league based on points allowed with 78.5 during the elimination rounds. Wins against San Miguel and Magnolia also highlighted the conference.

There were also lows in the conference which included a 48-point output in a 26-point loss against Alaska last July 28. A pair of back-to-back defeats during the eliminations and a loss to NorthPort in their final outing heading into the playoffs also prevented Rain or Shine from further going up in the rankings.

Optimism now reins for the Elastopainters, and Gavina said the mindset now for the team is that they are capable of beating the top-tier teams following the respectable showing in the Philippine Cup.

“Going into our next conference I feel our everyday approach and mindset has to match our intentions. Our intentions need to turn from just competing against the top teams to being able to feel confident enough to know we can adapt and overcome the top teams,” said Gavina.