Gavina on KIA's top draft pick: I’d love to keep it, but higher powers might not agree'

KIA coach Chris Gavina admitted the frustration of having his hands tied while his team plans to give up the top pick in the coming PBA Rookie Draft in a controversial deal.

The Picanto have come under fire after agreeing to send the No. 1 overall pick to San Miguel Beer for a bunch of role players in a deal that’s awaiting approval from the PBA.

While he’s a good soldier to management, Gavina can’t help but also be frustrated over the development, having long desired to keep the pick that will get them brainy, hardworking big man Christian Standhardinger.

“On a scale of one to ten, maybe a twelve,” Gavina said with a chuckle during a lull in the PBA Draft Combine on Monday. “But in my position, you got to kind of live with what you can get sometimes and really just look to how we’re going to improve with what we have.”

“It comes down to really development,” he added. “We’ve already started with our skills training as early as last week, probably the first team that came back, so we move forward from there.” 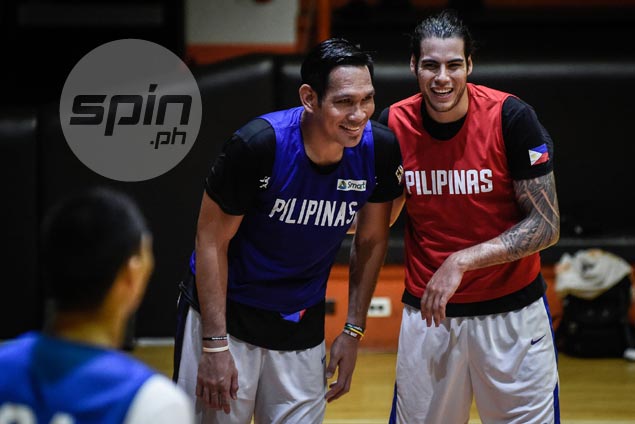 Gavina is no stranger to seeing their top pick getting traded after helplessly witnessing Troy Rosario, the No. 2 pick in the 2015 Draft, go to TNT KaTropa in a transaction that, at least, got them Nino Canaleta and Aldrech Ramos, in return.

“When I first took over, we gave up our pick and we got legitimate veterans for it, and wound up having a great season,” Gavina said. “So whatever the case happens, whether we get Christian or not, I think as long as we get some – for me – I’m really looking to add some veteran leadership on this team with championship experience.

“If we can get that, I think we’ll be able to form a formidable team next year,” he added.

Still, Gavina would prefer to keep their coveted selection.

“I’d love to keep it, but you know, there’s some higher powers that be that might not agree,” the young coach admitted.

“I can’t confirm (the trade),” he added. “I’m learning just as much as everyone else as I read things and hear about things as well. I’m asking my management also, like, ‘Is this true?’ You just kind of wait it out and see what happens.”

Gavina, though, believes the reported trade – if it does push through – will take place on Draft Day on Sunday.

“I think everything will be revealed on Draft Day,” Gavina said. “I think the board still has to meet about it. I’m hoping that whatever happens is all for the better of the team.”

Whatever happens, Gavina is preaching patience to their fans and the rest who are questioning if the franchise is indeed keen on putting up a competitive team in the league.

“I think I want to say to the Kia fans to just be patient,” Gavina said. “We’re trying to do what’s best for the team and we understand the frustration level of possibly giving up this number one pick, but like I said, if we’re able to get some championship experience for it, then who knows?

“Look at what we did when we got KG and Aldrech. We’re looking for that kind of repeat situation,” he added.