KELLY Williams played a huge role going up against June Mar Fajardo in the PBA Philippine Cup semifinals, but TnT coach Chot Reyes said the win over San Miguel wouldn't have happened if not for two other Tropang GIGA bigs.

Reyes said Poy Erram and Dave Marcelo deserved credit for keeping the Tropang GIGA competitive in the middle during the time when the 39-year-old Williams was placed under the league’s health and safety protocols.

Williams was forced to miss the first four games of the best-of-seven series, but with Erram and Marcelo alternating in containing the 6-foot-10 Fajardo, the Tropang Giga were able to stay afloat in the absence of the former league MVP.

“I cannot talk about Kelly Williams without mentioning Poy Erram and Dave Marcelo, because they are the reasons why Kelly Williams was even able to get back in the series,” said Reyes, 58.

“As big as the role Kelly plays in this team, I thought the one that kept us afloat were those two guys.” 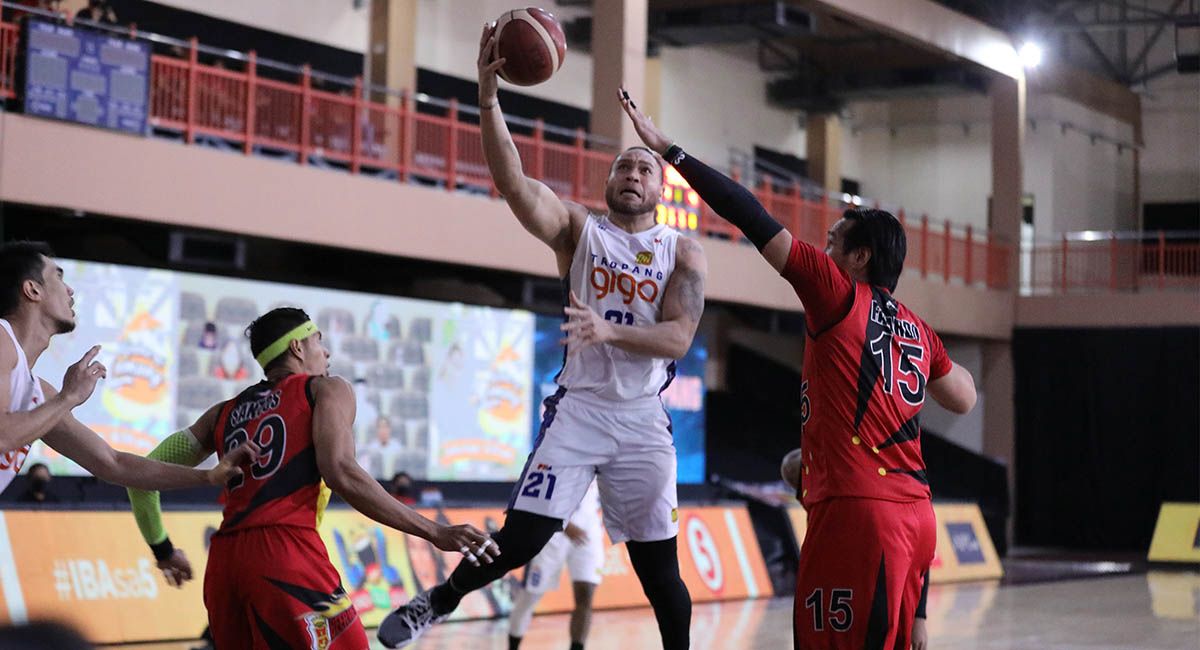 Erram and Marcelo took turns trying to slow down the six-time league MVP from Games 1 to 4.

The 6-foot-8 Erram even had back-to-back double-double performances in Games 2 and 3 where he averaged 20.5 points and 11.5 rebounds before going down with a fractured cheekbone in the next game.

“Together with Troy (Rosario) of course, and Ryan Reyes, they manned the fort. Sila muna yung bigs namin to at least get us into a 2-2 situation so that meron pang ibig sabihin yung pagbalik ni Kelly,” Reyes pointed out.

Williams was finally given the go-signal to play come Game 5 and the series tied at 2-2.

“If we were down 3-1 or whatever when Kelly came back, I doubt if it would have meant much,” added the TnT coach.

Once reactivated, Williams showed his value to the Tropang Giga.

In his first game back, the veteran forward compuled 12 points, three rebounds, and three assists while battling Fajardo down low in a runaway 110-90 win, before saving his best for last by finishing with 11 points and 10 rebounds in the 97-79 Game 7 victory that clinched for TnT a place in the finals.

“The fact that we won two out of the last three games with Kelly coming back is a testament to the value he has in this team,” said Reyes.