BOUNTY Agro Ventures, Inc. president Ronald Mascariñas clarified that he never had any intention to overstep his bounds as far as the PBA is concerned with his recent bold pronouncement to bankroll a Gilas Pilipinas team of full-time national players.

Mascariñas, who heads the parent company of the national team’s top sponsor, Chooks to Go, earlier made an offer to fund a national team where full-time players are going to be paid the equivalent of the maximum monthly salary in the PBA of P420,000.

But apparently, some PBA teams took offense to the pronouncement, prompting Mascariñas to set a meeting with league commissioner Chito Narvasa to clarify the matter.

“I have really no intention to put the PBA in a bad light,” he added. “I respect the PBA as an institution. 'Yun ang source ko ng entertainment mula nung maliit ako, so I will not do anything to weaken the PBA.”

Narvasa welcomed the all-out support from Mascariñas, but the commissioner felt the enthusiastic sports patron could’ve announced his pitch in a different way.

“There were some quarters I think who got offended, because it came around that they wanted to show that... you know, they're capable, and that was fine. I think it was just in the delivery,” Narvasa said. “Now, everybody understands that it's just the eagerness to be able to help, and that is always welcome.” 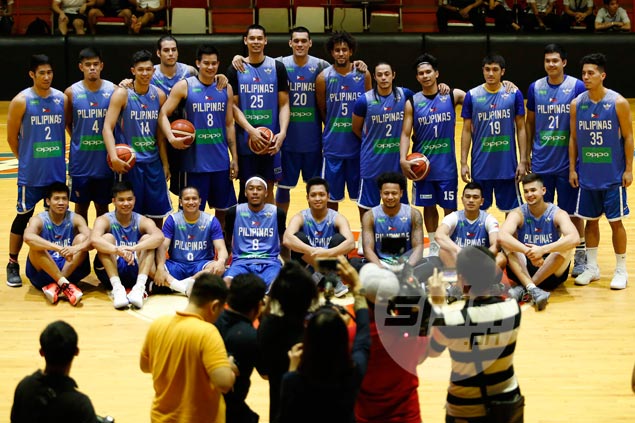 Mascariñas insisted he didn’t anticipate that people would get offended.

“Honestly, wala. Out of 'yung excitement ko na, nakikita ko na 'yun eh, nagmamadali to have a competitive team in place,” the Bounty Fresh boss said. “But now I realize na hindi ganoon kadali 'yun. Bubusina tayo, we have to respect the existing structure, and I think they know better. But kami, nasa sideline.”

“We just want to do it properly this time, na wala kaming nasasagasaan,” he was quick to add. “So the process might take a longer time, but we want to do it the right away, na happy ang PBA, happy ang SBP.”