COACH Charles Tiu believes Mikey Williams has a legitimate shot at becoming only the second Rookie-MVP in PBA history.

For someone who had worked with the TnT Fil-Am guard before and saw how he worked his way up and helped the Tropang Giga win the Philippine Cup championship to end a six-year title drought, the young mentor wouldn’t be surprised at all if Williams duplicates a feat last achieved in the league 32 years ago.

“I think may chance, but I wouldn’t say he is a lock to win the MVP,” said Tiu, a member of the Meralco coaching staff under Norman Black.

He may be a little biased for the 30-year-old Williams, who Tiu coached with Mighty Sports in the past, but he swears the player is one special talent.

“I’d been following him for a few years na sa G League and then sa ABL. That’s why I got him right away when I had the chance [to coach him] with Mighty,” recalled Tiu.

Together, the coach-player partnership produced two Jones Cup championships and another title at the Dubai International Basketball Championship where Mighty went undefeated prior to the global Covid-19 pandemic.

Now, Williams has taken his act to Asia’s pioneering pro league after being selected at No. 4 overall by TnT in the last PBA draft.

Like a diesel engine, Williams had a slow start in his pro career, but was as unstoppable as a runaway train once he finally got his game going.

Williams became a marked man when teams began to realize his potential. Yet he proved up to the task when helped the Tropang Giga make a return trip to the all-Filipino finals by taking the best a powerhouse San Miguel Beer side could offer. 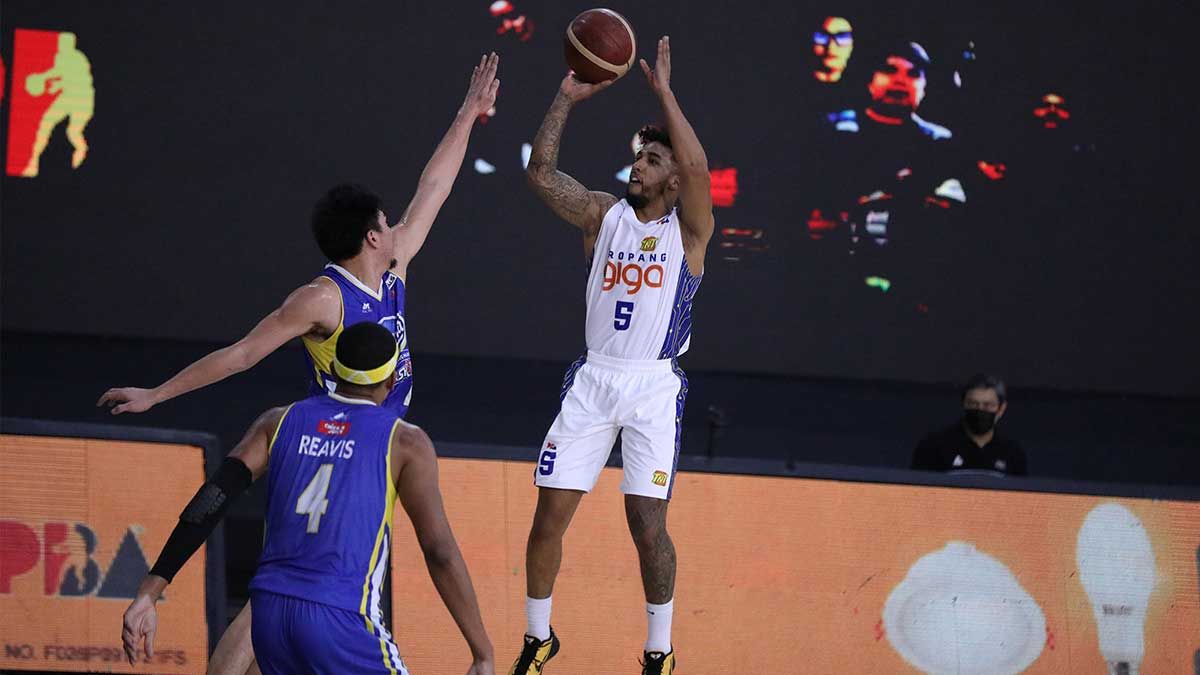 In the title series against Magnolia, Williams was no less spectacular, averaging 27.6 points in five gams on the way to winning his first championship and being named Finals MVP.

Doing so, he became the first rookie to win Finals MVP in his debut conference, while his 27.6-point average is the all-time highest by a rookie in a title series, according to PBA chief statistician Fidel Mangonon III.

During the finals, Williams also set the all-time three-point shots made with 10 in a losing cause in Game 3.

It wasn’t surprising then, the rookie has now overtaken PH Cup Best Player of the Conference Calvin Abueva on top of the statistical race going to the season-ending Reinforced Conference that made him on pace to matching the feat of Benjie Paras in 1989 when he became the first and only Rookie-MVP in the league.

The season is still halfway through, and Tiu believes Abueva and Magnolia teammate Ian Sangalang could be the biggest threats in Williams’ bid for history.

But the coach said Williams would be deserving if and when he gets the job done.

“He missed games cause of his delayed arrival, so I guess that’s a factor, and he may have struggled to start, but if he is able to lead TnT to the championship and continue to play this way, I do believe he should be the MVP,” said Tiu.

At the same time, the younger brother of former Rain or Shine Chris Tiu declared Williams should have been the No. 1 overall pick in the 2020 draft in the first place.

Not that he has anything against those players selected ahead of him.

“Nothing against the other guys like (Jamie) Malonzo, who I really like too, and got to coach sa Mighty,” said Tiu. “Or (Joshua) Munzon that I was with for one tournament because they are great players.

“I just think Mikey is that good.”