COLUMN: Can Pido and NorthPort end late-game jinx? Don't count on it

CHICAGO - Once is a chance, the saying goes. Twice is a coincidence. And the third is a pattern.

But what's it called the fourth time around?

Per SPIN.ph colleague Gerry Ramos, the incredibly jinxed franchise succumbed to game-winning shots four times this conference. And the last one cut the deepest, an 88-87 demise at the hands of San Miguel Beer relic Alex Cabagnot who swished a fade-away jumper with one second to go in Game One of their quarterfinals series.

I don't think anything is wrong with Pido Jarencio as a head coach, but something's not right with his team' late-game defensive executions, either. He'd be the first to admit that and I'll be the first to agree that the sword falls on Jarencio on those quadruple fumbles.

"Sana hindi na lang siya bumalik," a smart aleck SPIN.ph reader commented on Facebook, obviously alluding to the fact that Jarencio and his entire coaching staff were placed under the league's health and safety protocols before returning in time for the playoffs. 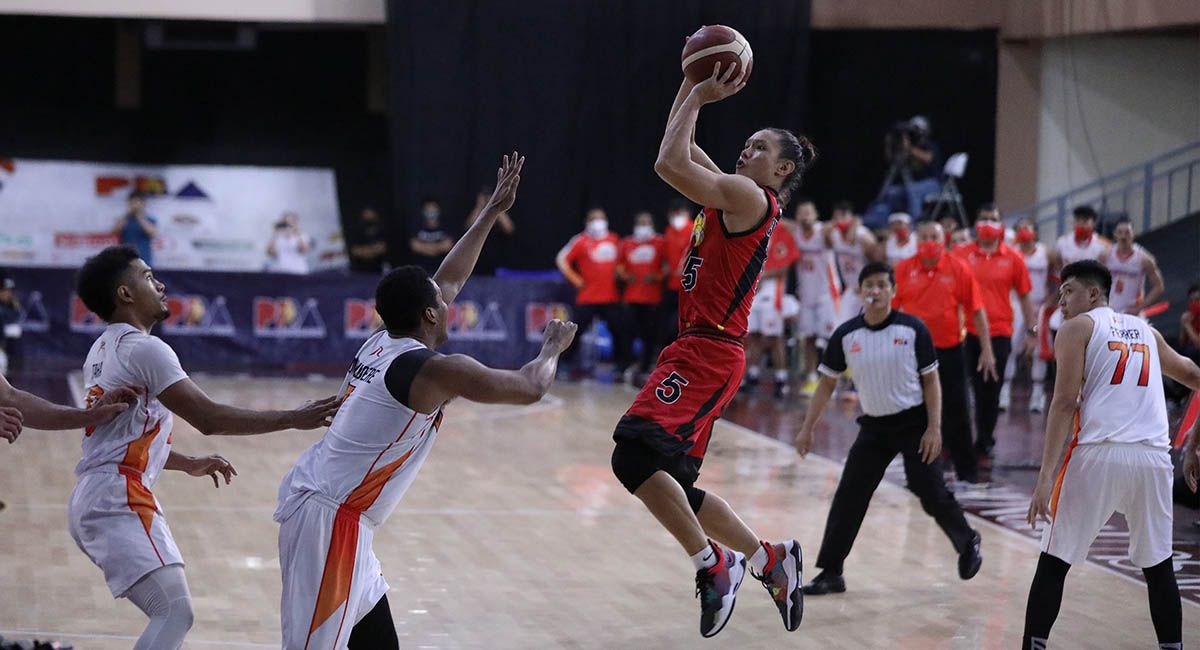 When your car is wheezing with weird sounds and the tail pipe is coughing up a dark, smoky puff, you don't ask the mechanic for a new engine. But you'd better damn run to the muffler shop.

A CHANGE OF STRATEGY, NOT NECESSARILY A COACHING CHANGE, IS WHAT NORTHPORT CAN USE.

Instead of losing those cliffhangers, why not try letting the opponents hang in the cliff by daring them to convert two free throws with the clock melting and the game on the line?

The idea of giving free shots from 15 feet won't be accused of being the wisest but then again four victories have been stolen when the enemy was allowed to hurl a Hail Mary.

Four-of-four is a hundred percent. You gotta be the unluckiest team in the PBA, so why not let nerves factor in and force someone to think of doomsday scenarios while he prepares for free throws?

Wouldn't hurt to tighten screws, either. Jarencio needs to scream at his players and tell them to guard their assignments so close they'd know the other guy's blood type.

A soft press doesn't work when your luck is hard.

Either way, it's too late. San Miguel is up 1-0 in the best-of-3 scrum and there's no way the grand slam-pedigreed Beermen will lose two in a row to NorthPort.

There is, however, always a next conference. Whenever the pandemic allows it.

NOT SCOTTIE FREE? When healthy, Scottie Thompson is a problem for any team. Not only does he average 12.2 points, 8.7 rebounds and 4.2 assists per this conference, he wields so much basketball smarts and old-school moxie.

He hasn't been playing though. He is under the league's health and safety protocols and Ginebra San Miguel is under duress. They can't beat TNT Tropang Giga without Scottie.

Will he play on Wednesday when the Gin Kings begin the adventure of trying to beat Chot Reyes' troops twice?

I know he will. Call it a hunch.

Ginebra, corporate brothers to the wealthier, shinier San Miguel Beer team, just happens to be the most popular team. Never say die isn't just a mantra, it's their way of life that triggers mass hysteria and compel people to watch the PBA.

The Gin Kings are the ratings.

Would the struggling PBA, in dire need of revenue, allow the goose that lays the golden egg to be compromised in a must-win game or two?

No sound business ever does.

And besides, there's SMC sports director Alfranchis Chua. He is a miracle worker that makes things happen, all above board of course.

Your beloved team might not slay might TNT but they'll sure give them a good fight with Scottie on the roster.