NLEX coach Yeng Guiao was certain Calvin Oftana would be a good player some day when he made the San Beda star the No. 3 pick in the last PBA Rookie Draft.

But Guiao, too, didn't expect Oftana to be this good this early.

"We had no doubt from the beginning that he was going to be a special player," said the veteran NLEX coach. "But we were pleasantly surprised that he was able to show that he can excel at this level this quickly."

It was by no means an easy introduction to the pro ranks for the former Gilas Pilipinas cadet, who struggled to find his place in NLEX's rotation while deferring to a star-studded backcourt made up of Kiefer Ravena, Kevin Alas, and Jericho.

In the times he was unleashed by Guiao as part of his second unit, the freshman ended up either forcing things or turning the ball over. 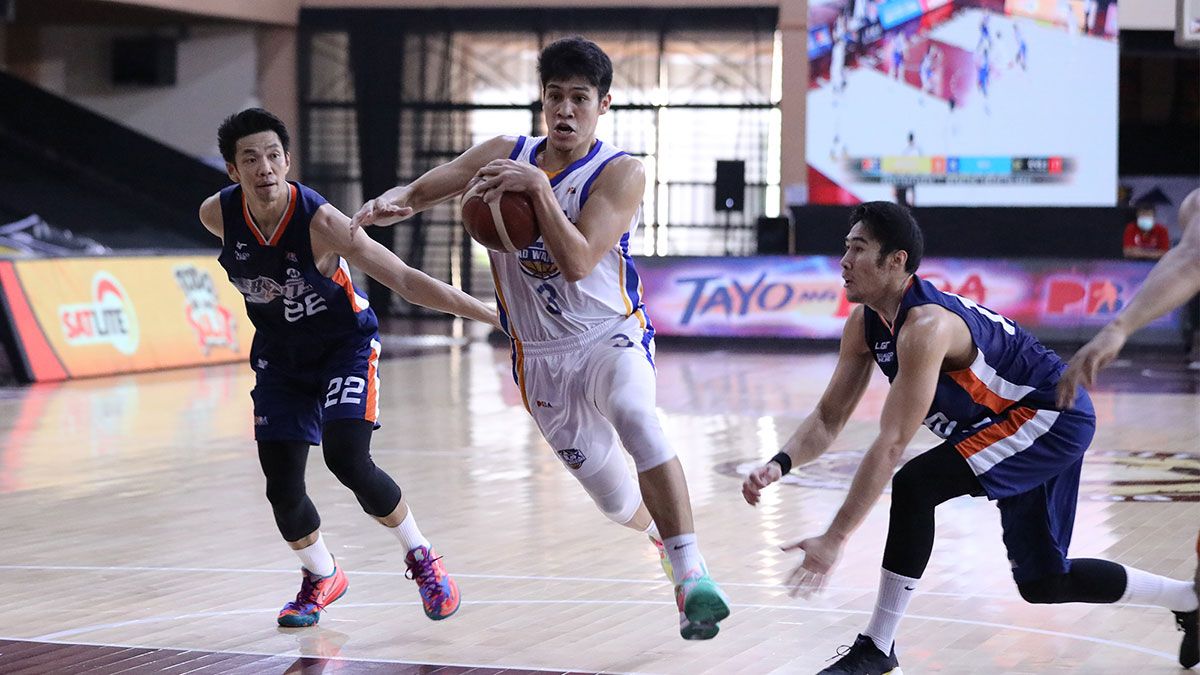 It got to a point where Guiao felt the need to sit down his rookie for a talk.

"Kinausap ko nga, kasi he was feeling the pressure," said the fomer national coach. "Sabi ko the more you force it, the more pressured you will feel. He just needed to let the game come to him. Darating din yan, sabi ko sa kanya."

True enough, Oftana broke through, and ironically at a time when NLEX was desperate for help, after go-to guy Ravena left for Japan to work on his papers - and later stayed for good to play for the Shiga Lakestars in the B.League.

It started with an eight-point, eight-rebound night against Phoenix last September 4, followed by a career-high 34-point game against Meralco highlighted by eight three-pointers, which broke the 34-year old rookie record set by Allan Caidic.

Record game is no fluke

As if to prove that his record game was no fluke, Oftana's hot streak extended to the playoffs when he hit the game-winning layup against second-seeded Meralco that sent their Final Eight playoff into a deciding second game.

However, that same playoff duel exposed that Oftana is far from a finished product. The rookie sensation finished with 14 points and 11 rebounds but went scoreless in the second half as the Bolts ended the Road Warriors' conference.

"The playoffs drew attention to his potential," said Guiao. "But it also showed that his game and his decision-making still need maturity."

But there's no doubt in Guiao's mind that his rookie will get there. The NLEX coach thinks Oftana has what it takes to be a go-to guy and needs him to be one, now that the Road Warriors will likely be without Ravena in the foreseeable future.

The 6-4 Oftana, Guiao said, is a rare breed of player.

"Rare in the sense that he is tall yet quick, he can play offense, he can play defense, he can score, he can rebound, he has shoot from the outside, take it inside. Most of all, napaka-coachable. He listens," Guiao said.

More than that, the rookie, with his rare combination of size and skills, is a 'match-up problem' to any team we face, Guiao said.

"That's the best thing about him. Because of his size and skills, he'll always be a problem for other teams, match-up wise," he said. "Some of our guys, other teams can defend them. But in the case of Oftana, hindi madali [maghanap ng match-up]."

So does that make him the perfect guy to take Kiefer's place as NLEX go-to guy?

"We lost a go-to guy after Kiefer left," the NLEX coach said. "Calvin is not yet in that category, but we want to develop him in that mold."