CALVIN Oftana scored the game-winning layup with 6.1 seconds left as NLEX stayed alive with an 81-80 win over Meralco on Wednesday in the 2021 PBA Philippine Cup quarterfinals at the Don Honorio Ventura State University gym in Bacolor, Pampanga.

Oftana converted the basket off an inbound pass by Jericho Cruz as the Road Warriors forced a rubber match for a semifinal seat on Friday in Pampanga.

The game-winner by the rookie preserved the efforts of Anthony Semerad, who scored a game-high 23 points.

The Road Warriors led by as many as nine points in the contest.

The Bolts took the lead on a Reynel Hugnatan layup with 55.8 seconds left, 80-79, but failed to extend the gap after Mac Belo missed two free throws with 8.6 remaining on the clock.

“The play was intended for him,” said NLEX coach Yeng Guiao. “It went exactly as we planned it. But of course, sometimes, it happens, sometimes, it doesn’t happen for you. But we are really lucky that it happened this time.” 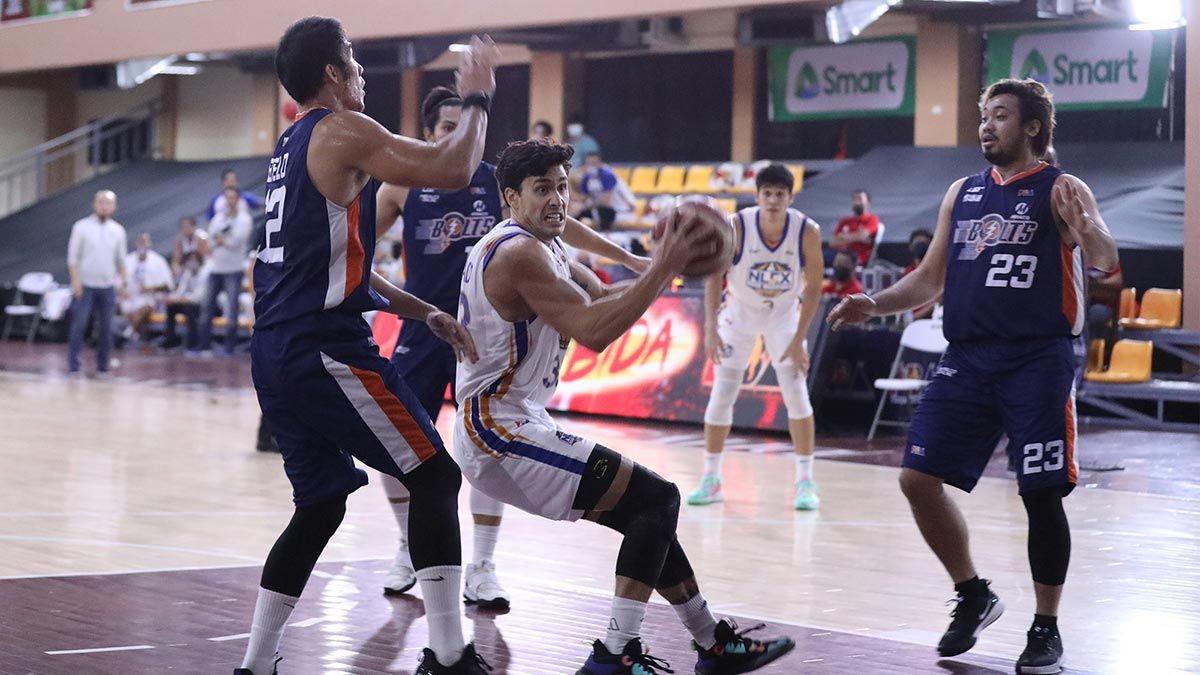 Oftana nearly tallied a double-double with 12 points and nine rebounds for NLEX in a big follow-up to his previous game where he converted eight three-pointers, a new record for a rookie, beating Allan Caidic’s seven in 1987.

The Road Warriors were still up, 79-76, on two free throws by JR Quinahan before that late charge for the Bolts.

Don Trollano had 12 points and eight rebounds, and Cruz chipped in 10 points as the seventh-seed Road Warriors took one step closer to a quarterfinal upset.

Allein Maliksi had 16 points as the Bolts wasted an opportunity to advance into the semifinals outright. Belo added 12 points and Nards Pinto and Hugnatan each had 11 markers.