AFTER only his first game with Magnolia Pambansang Manok, Calvin Abueva made a jersey number change, shifting from 12 to 13.

Abueva wore his new number in Magnolia’s 84-82 win over Alaska on Wednesday, but was no longer on the floor when Ian Sangalang converted the winning basket after fouling out.

He finished the game with nine points, 10 rebounds, and two blocks as the Hotshots joined Meralco and Rain or Shine as the early leaders of the conference with 2-0 records. 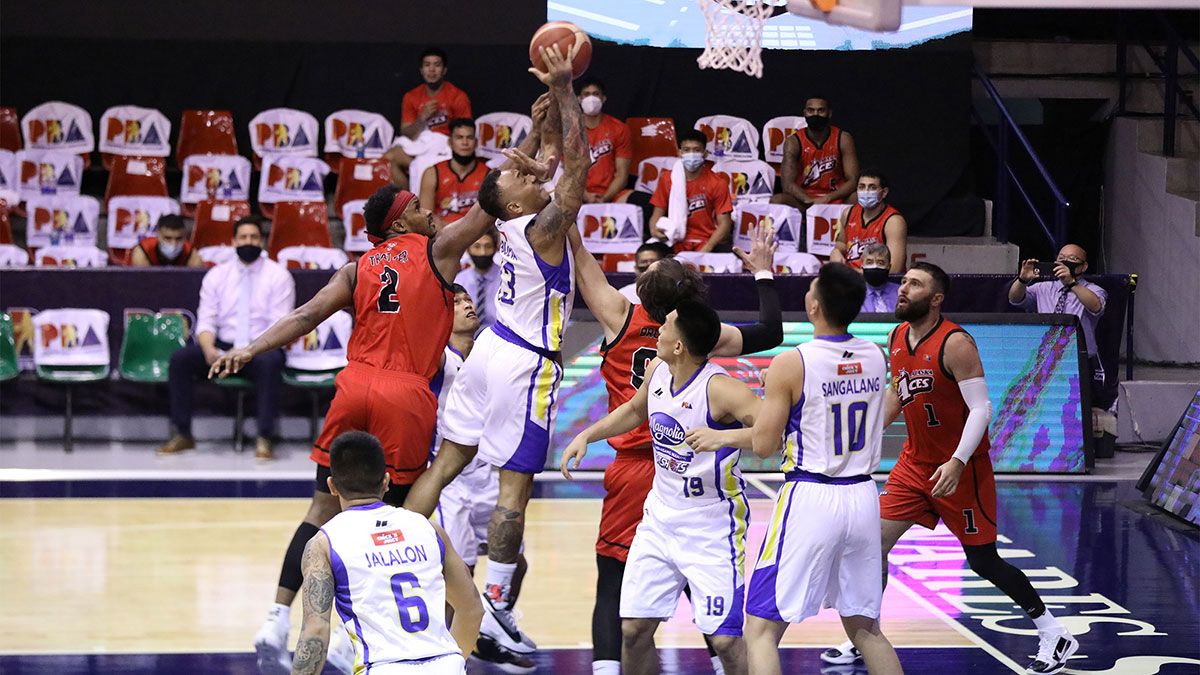 Is changing jersey numbers in middle of season allowed?

The PBA said changing jersey numbers in the middle of the season is allowed as long as teams informed the league.

Magnolia coach Chito Victolero, however, admitted he has no idea about why Abueva changed his jersey number.

“Actually, ‘yun talaga number niya,” said Victolero, referring to the No. 13. “Una, nag-12 siya but before the start or in the middle of our preparation siguro, nagpalit. I don’t know kay Calvin kung anong ibig sabihin nun.”

Previously, Abueva had worn the jersey numbers 8, 7, and 88 during his pre-Magnolia career. The numbers 8 and 7, however, are no longer allowed since the 8 owned by PJ Simon is set to be retired. The number 7 is also retired in honor of Rey Evangelista.

The number may have changed but what Abueva provides remain the same.